Home » Governance » Who will defend press freedom in Zambia

Who will defend press freedom in Zambia 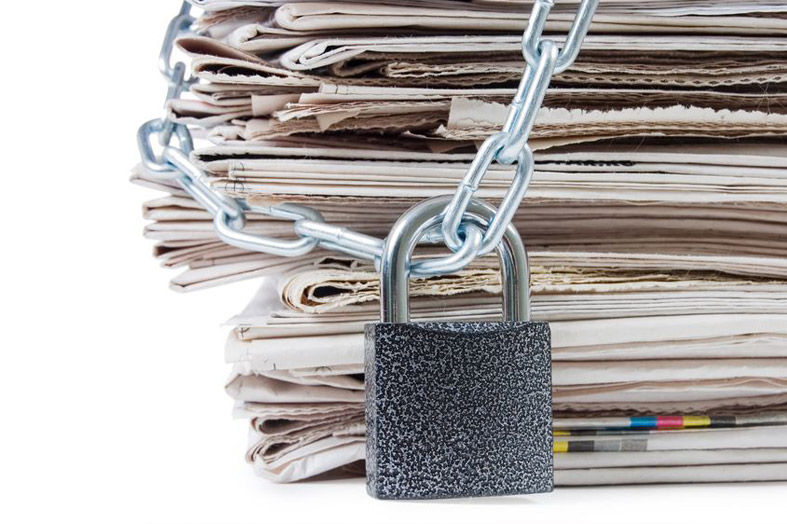 An important article on the ongoing attack on press freedom in Zambia by Bruce Chooma. Media freedom is important because as Nobel Laureate Amartya Sen reminds us “development is freedom”.

The work of journalists is becoming increasingly difficult in Zambia due to growing intolerance by the state to independent media and a rise in cases of harassment of journalists. A recent report by Freedom House, a US based human rights organisation showed that in 2013, Zambia fell 21 places from 72 to 93 out of 180 and landed in the category of states that are classified as “not free”.

The Southern African Editors Forum (SAEF) recently joined many other organisations in raising alarm at the deteriorating state of press freedoms in Zambia. In their statement to the media the organisation expressed shock at recent developments that were clearly a violation of the rights of journalists to practice freely and also bent on gagging freedom of expression and speech.

Most journalists working for independent media and community journalists are now working in fear and wonder who will stand up for them.

It is clear that the Media Institute of Southern Africa MISA Zambia is no longer an effective voice for independent journalism in Zambia. The institution has of late spent time collecting money from government institutions and other institutions for hosting media awards and abandoned its core business which is the promotion of press freedom in Zambia. MISA did not issue any statement on the reported clobbering of media workers and journalists by suspected security officials on Saturday, 28 June, 2014.

However the revamping of SAEF in Zambia may fill this gap. SAEF Chairperson Kenny Makungu said at a press briefing in Lusaka on Sunday 29th June, 2014 that the development was very bad for Zambia’s democracy and media freedom.

Those who were beaten include Fines Muyumba who is a marketer by profession, Richard Mulonga, Obert Simwanza, Chris Kakunta and Thomas Zyambo allegedly on suspicion that they contributed stories to the Zambia Watchdog.

According to SAEF the suspected state agents did not have evidence that these people were indeed, writing for the Watchdog adding that even if that was the case, there is no law which makes it a criminal offence to write for the Watchdog and wondered under what circumstances they were being harassed.

Zambian journalist and media outlets face restrictions under criminal and civil defamatory laws and provisions of the penal code, sedition and obscenity laws and the State Security Act. It is crucial that the government should review or repeal some pieces of legislation that continue to impede on the exercise of freedom of the press in Zambia.

The government must move with speed to enact the ‘access to information law’. This law is not in any way a media freedom law but a law to enable all citizens access information and public records without undue hindrance.

Many laws in the Penal Code Cap 87 of the laws of Zambia impede on freedom of the media. These include; among others, prohibited publications and seditious practices, the public order Act Cap 113, the contempt of Court, Defamation of the President, State Security Act Cap 11, obscene matters or things and the unlawful assemblies and riots.

The government continues its heavy handed control of the public media through the appointment of boards that are not representative of all interests in society. The ZNBC Amendment Act and the Independent Broadcasting Authority need urgent review to insulate the boards from unnecessary interference and reverse the current trend were the government solely appoints board members.

No one can convincingly argue that the incidents cited in this article are isolated incidents and not part of a wider ploy to gag the media. Here are some more examples of recent violations of media freedoms.

A journalist working for the Post Newspapers, Oliver Chisenga was beaten for photographing police while they were harassing bus drivers around the Arcades area in Lusaka a few weeks ago.

Another matter of concern is the behaviour of political cadres from the ruling Patriotic Front (PF) who have been going into radio stations to issue threats against radio stations, their journalists and management.

At ISO FM radio, the PF District Chairperson, the police and a senior official from the council stormed the station and led journalists to the police station where they were kept for hours. The reason was that the station featured an opposition leader, the UPND national chairperson Mutale Nalumango to discuss various political issues.

In Kasempa the police went to Kasempa Radio station and summoned the station manager to the police. Several questions were asked. This led to the resignation of Nyambe Muyumbana from the position of station manager. According to SAEF Nyambe is their member and the development has devastated the organisation.

The other area of concern is the continued use statutory institutions to intimidate media houses. The Zambia Information and Communication Technology Authority (ZICTA) went to Mpika FM radio station and confiscated the transmitter leaving the station off air.

The reasons advanced were that ZICTA is owed money in form of license fees. Further investigations have indicated that ZICTA also owes money to Mpika FM. ZICTA did not have any court order for their action. SAEF wondered if Mpika FM radio should also send officials to confiscate equipment for the money they owe the station.

In the interest of media freedom and diversity the government should consider scrapping off these license fees for community media because these stations are already struggling to survive.

It is important that the final draft Constitution be released to the public and subjected to a referendum to ensure that provisions that advance the promotion and protection of media freedoms are enacted.

In light of the foregoing it is important that President Michael Sata to signs the Table of Mountain Declaration which, amongst others, calls on governments to recognise the indivisibility of media freedom and the states’ responsibility to respect their commitments to African and international protocols upholding the freedom, independence and safety of the media. Liberian President Ellen Johnson Sirleaf was the second Head of State to sign the Declaration. The declaration was mooted by regional editors at a recent meeting in South Africa.

It cannot be denied that some online publications have practiced some highly unprofessional and unethical journalism with failure to stick to some basic standards of news writing but that cannot be the basis for seeking to blackout the online media.

The online publications do carry investigative pieces and exposes that are in the public interest as they hold power to account, this fact makes them an important part of democracy and necessitates the condemnation of government manoeuvres to regulate online media.