‘Capital’ and Inequality in Zimbabwe 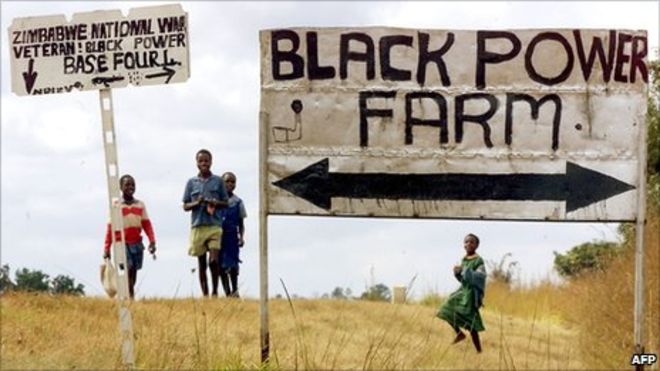 A friend who lives and works in the Diaspora recently gave me a copy of the highly regarded French economist Thomas Piketty’s bestselling book ‘Capital in the Twenty-First Century’.   Because of Zimbabwe’s Marxist/Leninist ideological history, the term ‘capital’ consistently rings a socialist bell in the consciousness of a greater number of political actors of the liberation struggle, the 1980s and 1990s. Mainly because their first encounter with it was probably through Karl Marx’s writings and the subsequent left leaning scholars and leaders it helped spawn.

Reading Piketty’s work however may not be taken to with as much enthusiasm as in the past. Largely because in the age of neo-liberal/ free market economics, fewer activists, intellectuals, entrepreneurs and political actors have the patience to read between the lines of globally accepted economic orthodoxies in Zimbabwe. And that is fair enough given the fact that the left has receded in its global influence.

Nor should Zimbabweans shun from debating and acting upon who, between private and public capital, takes the greater share of ‘national income’. Especially where we know the private capital to not only be that acquired by way of inherited wealth but also as it relates to transnational corporations (mining, financial services, internet) or public capital (land, state enterprises) as being the preserve of political patronage.

The most important question we must therefore ask is, who owns Zimbabwe’s national wealth and why?

Where we examine public capital in our national context we know that the state owns most of the physical land that we inhabit. This state ownership of land was rapidly expanded by the fact of the fast track land reform programme (FTLRP) that took away private capital from individuals on the basis of rectifying colonial social and economic injustice. The FTLRP has however not been exactly that in effect. The Zimbabwean government has recently pledged to compensate some of the private owners of the land (capital) that it forcibly took.

And there is an increasing tendency toward changing the use of the same land/capital from agricultural purposes to real estate and private land use. That is to say, this initial public capital is increasingly being converted to private capital through the issuance of residential estate on the peripheries of every urban/peri-urban center in Zimbabwe. So the primary claim to ‘public capital’  which is given as land by the state, is increasingly no longer as public as assumed. Instead we have an increasing share of what should be public capital in the hands of private capital as a result.  And the private component here is not necessarily without political patronage. It is ruling party officials that are scrambling over what is considered public wealth (land) for private profit.

The state’s wealth however does not end there. It also owns capital in the form of public enterprises that it is increasingly ceding to private ownership via ‘public private partnerships’ as learnt from the World Bank and IMF. The contribution of these public enterprises to national income in Zimbabwe has not really been measured. Instead it has been derided as not being enough and must therefore be privatized.

With regards to our national income tax which also contributes to public capital, there is too little of it due to evasion and externalization of income by private capital as well as the diminishing numbers of taxable incomes. So where our taxes are at least meant to guarantee access to basic infrastructure and services such as health, education, transport and water they are woefully inadequate in that regard. The ‘public’ in public capital therefore diminishes in democratic effect in that regard. Public capital in Zimbabwe is not longer effectively serving the very public from which it is supposed to come from. Nor is private capital contributing effectively to a democratic distribution of what should essentially be national wealth.

For private capital, we are witnessing corporate and private individuals that are keen on retaining their top earning status within the polity. These actors are largely involved with the mining/extractive industry and the financial services sector. As is the case globally, most of these have generally had an increasing share of national wealth. Peculiarly this wealth is not necessarily re-invested into the national economy to contribute to a more shared national income but externalized to tax havens and other investments that the Zimbabwean government has failed to keep track off let alone circumvent.

Private wealth in Zimbabwe also means that which is owned by less influence, working class  private individuals. Often we talk of the ‘middle class’ as a key component to economic advancement. We don’t really have one in Zimbabwe. At least not in terms of what is globally given. But we do have those that want to be and in some cases are a minimal ‘cut above the rest’ in relation to their property and savings (capital). They generally work hard for what they have and think globally in relation to how they must save their capital (largely houses, cars, pension savings). Their share of the national income, on the face of it, remains minimal and disproportionate to those at the top tier or the politically connected.

The  common person found mainly in the rural areas and the urban ghettos does not understand the full import of ‘capital’. Largely without real ‘savings’ they depend on the ability of the state to at least provide education, health, transport and water, an expectation that has since become a fantasy. Living on the economic periphery, they are susceptible to being at the mercy of the wealthier tier of society for jobs and patronage. Even where they are part of the informal economy, they rely on economic elite supply networks for good and services which are both domestic and foreign. Either to re-confirm, by default, their oppression or to pander to elite contestations that  help their livelihoods in the short term.

In conclusion therefore, ‘capital’ in Zimbabwe is largely controlled by those in political power, those with inherited businesses/wealth, those linked to the political elite and their collusion with global actors often without democratic local context or pursuit of a modicum of economic equality. Even where we look at the FTLRP which should have changed the dynamics of inequality we will find that it has not. Instead it has led to a new replacement capitalism that still, as in colonial times, expropriates capital to the elite few and perpetuates inequality. Both by way of inherited wealth and continually limiting social mobility. This is the same with what is essentially an abortive indigenization programme. We would do well to heed the advice of Piketty. Not only globally but more significantly to our national Zimbabwean context.