Home » Diplomacy » Crisis In Zimbabwe: Are These Mnangagwa’s Last Days In Office?

Crisis In Zimbabwe: Are These Mnangagwa’s Last Days In Office? 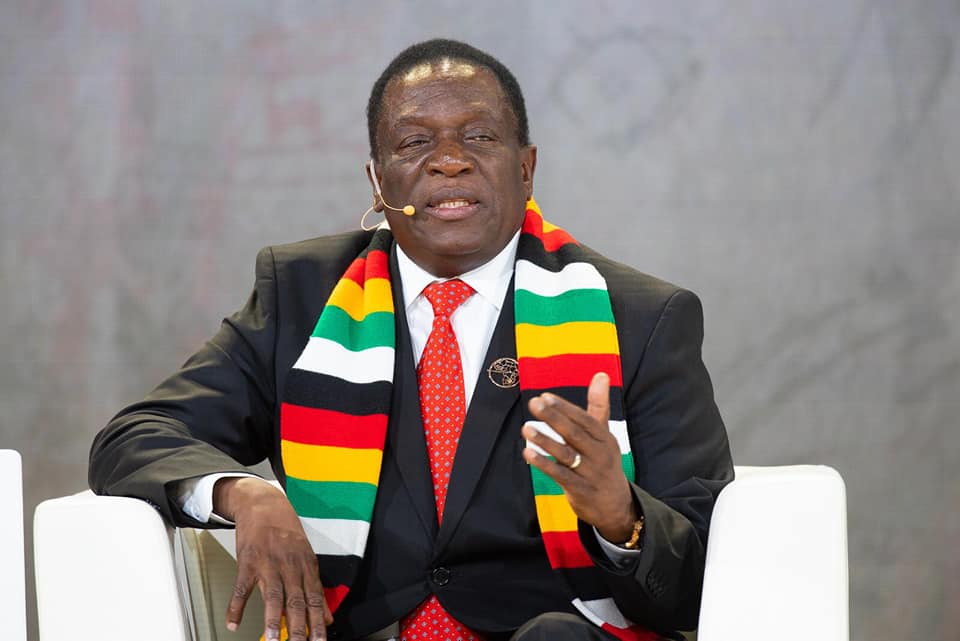 The removal of Robert Mugabe from power in November 2017 signalled hope from a majority of Zimbabweans, who for many years had lived under his autocratic rule. For many, this ouster signalled a brighter future. The country’s woes had been attributed to the former president’s decades of misgovernance. However, this narrow generalisation fails to appreciate that Zimbabwe’s problems were beyond Robert Mugabe as one individual but rather a system of governance which is a toxic concoction of corruption, bad governance spiralling decades.

As the world celebrated the fall of Mugabe, the system of governance presided over by the former liberation movement ZANU PF remained intact. Nothing changed. Suffice to say, pundits and many Zimbabweans are now saying Mugabe’s successor Emmerson Mnangagwa is using the same system to entrench autocratic rule and looting from state coffers. Whereas, some might be asking questions why, in the past few days, Zimbabwe seems to have hogged the limelight globally with the hashtag #Zimbabwelivesmatter attracting thousands of people across the world. The reality on the ground is that life under Emmerson Mnangagwa has become worse, and no one could have imagined, some would be saying  “Mugabe was better”. Thus in response to the hardships, social movements and political parties have been staging protests demanding an end to corruption and an end to human rights abuses.

The campaign comes after the 31 July protests by the opposition and civil society organisations. However, in my analysis, I would submit that what is happening in Zimbabwe is a continuation of the coup that happened in November 2017. I would argue that what we are currently witnessing in Zimbabwe is an emergence of the fault lines within the ruling class. If anything, the emerging faultlines are the emergence of the ZANU PF factional fights tussling to outdo each other from the unfinished business of November 2017.

Zimbabwe is currently facing its worst economic and political crisis since the turn of the new Millenium, from the coup of 2017, a controversial election on July 31, 2018,  the shooting of innocent civilians in broad daylight after citizens protests demanding the release of election results.  The main opposition party presidential candidate Nelson Chamisa refused to accept the results of the elections alleging massive electoral fraud and until today the government of Emmerson Mnangagwa is suffering a legitimacy crisis. The democratic space continues to shrink with the arrests of activists, journalists and abductions being used as a way of thwarting any dissent. The economy is failing and has been made worse by the coming in of the global Covid19 pandemic, which has caused devastating effects to the industry and the workforce. Zimbabwe’s deepening economic crisis coupled with a debilitating liquidity crunch, foreign currency shortage, increasing year-on-year inflation which has shot up to 75,86%.

Is Zimbabwe still Open for Business?

In the hope to mend relations with the west and global capital, the government embarked on an ambitious campaign dubbed “Zimbabwe is Open for Business,” which meant to woo investors and to revive Zimbabwe’s ailing economy. In that failed bid, Mnangagwa hobnobbed from one western capital to another in a desperate bid to woo investment needed to revive the heavily indebted economy. From November 2017 to March 2018, the Zimbabwe president had visited at least 30 foreign countries, including Russia, the US, China to mention but a few.  And by March 2018, the government had also announced the more than $27bn of planned investment ranging from new platinum mines to steel mills and hydropower dams. But all that failed to materialise.

The negative perception brought about by the killing of civilians by soldiers during recent protests and the clampdown on the opposition and civil society, the unwillingness to undertake political reforms has also negated the country’s investment prospects.

In so doing, and in an attempt to spruce its battered image globally, the government of Zimbabwe also hired four international public relations firms. The PR firms engaged include London-based BTP Advisers — which joins United States-based Mercury International Limited, Ballard Partners and Avenue Strategies Global LLC — in a quest to help Zimbabwe return to the community of nations after decades of isolation.  All these PR firms have been funded by taxpayers’ money, at a time the country is in the grip of an economic crisis characterised by, among other aspects, power outages, low productivity, foreign currency shortage and runaway inflation, which have severely eroded citizens’ incomes.

Mnangagwa assumed the presidency from exile where he had fled amid threats to his life by former president Robert Mugabe who had fired him as Vice President on allegations plotting to oust the late veteran leader. Mnangagwa returned to Zimbabwe on the 22nd of November 2017 with thousands cheering him as he made his arrival from exile. Like the story of  Jesus Christ’s Triumphal entry into Jerusalem with the crowds laying their clothes on the ground to welcome him as this resembled the celebration of Jewish liberation. Mnangagwa’s return can be likened to Jesus triumphal entry,  a saviour who was back, marking Zimbabwe’s liberation. Many were hopeful, many trusted him and many thought he would lead differently, but Alas, he disappointed, he squandered the opportunity to do things differently. Upon his return, he promised: “The will of the people will always succeed. I pledge myself to be your servant,” Mnangagwa said. That was never to be, unlike Jesus’ Triumphal entry, a story of the King who came as a lowly servant on a donkey, not a prancing steed, not in royal robes, but on the clothes of the poor and humble, Mnangagwa “pledged to be the people’s servant.’’

As he assumed office, Mnangagwa had a lot of goodwill from a majority of Zimbabweans, who took his word that of a reformer, the East and the Western imperialist countries gave him a benefit of doubt, they said he was “reformer” and they were willing to assist his presidency. His first days in the office were premised on a re-engagement plan with Zimbabwe’s foes, that is the western countries as led by the United States of America and Britain.

In a televised speech on Tuesday, Mnangagwa referred to the “destructive terrorist opposition groupings”, and “dark forces inside and outside Zimbabwe, that have tampered with the country’s growth for too long”. He vowed to “flush out his opponents” as if Zimbabwe is in a war against an insurgency.

ZANU PF’s struggle within a struggle

The events happening in Zimbabwe over the past days have left ZANU PF isolated and in an unusual defensive mode position. Almost every week, the party has been conducting press conferences and issuing press statements in an attempt to defend themselves. The fact that they are reacting only shows that the party has been exposed and they are at their weakest.  Attempts to downplay the 31 July protests failed to work and if anything, the results intended where achieved. While at first, ZANU PF accused the opposition MDC Alliance and the civil society, in particular, the biggest labour union, Zimbabwe Congress of Trade Unions and the Crisis in Zimbabwe Coalition for trying to unseat ZANU PF from power. However, the faultlines within the ruling elites are now in the open. Through a press conference a week ago the ZANU PF Acting spokesperson Patrick Chinamasa admitted that they were some people within the leadership who have been working with the opposition party to topple president Mnangagwa. Some sources are alleging that at a recent ZANU PF politburo meeting, Mnangagwa is said to have shouted at Vice President Constantino Chiwenga, accusing his deputy of instigating a plan to use an opposition protest on July 31 over the deteriorating economic situation to embarrass the president.  The faultlines are also playing out in the military, which the vice president Chiwenga is said to be influential and recently the military leadership addressed a press conference denying that they were plotting a coup. So much to cover up on something that might be brewing. Mnangagwa’s days in office might be numbered, all the indications of his early exit are there. Only time will tell.  However, as the faultlines in ZANU PF are playing up the opposition and the broader progressive forces need to claim the narrative and stop being mere spectators. The global and regional response to the Zimbabweanlivesmatter campaign is progressive as it piles the pressure on the ZANU PF regime. Already, the South African government has appointed an envoy to deal with the crisis in Zimbabwe and it somehow shows that South Africa is equally tired of pampering their fellow liberation party. As alluded to by the ANC secretary-general Ace Magashule that the problems in Zimbabwe affect South Africa and hence the need to get to the bottom of the matter. What Zimbabwe needs at the moment is dialogue, and that should encompass all the stakeholders, with a clear roadmap to solve the political-economic crisis facing Zimbabwe. We might be headed for a transitional mechanism and the hope is that the mistakes of 2008 which saw the consummation of the Government of National Unity will not be repeated.