Ethiopian Civil War: Is an African solution the way forward? 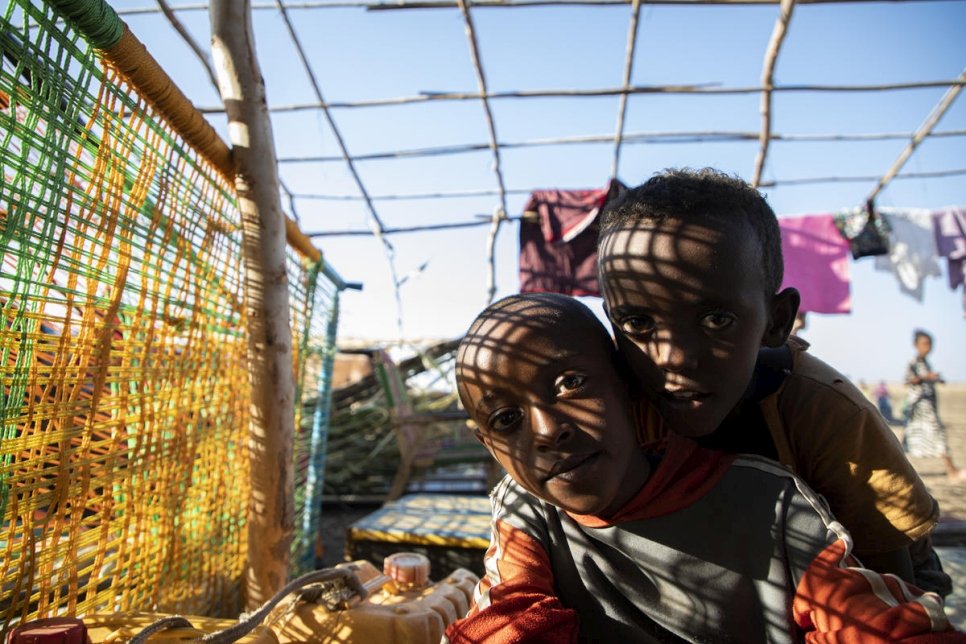 For most Ethiopians 2019 must seem like several years ago; the year that marked a turnaround for the country when Prime Minister Abiy Ahmed received the Nobel Peace prize for finally facilitating peace with Eritrea.

Fast forward to 2020 and the same Prime Minister sent in the military on an offensive in the Northern region of Tigray, with the promise of swift resolution of a conflict that was brewing there. More than a year later, Ethiopia is in turmoil with thousands dead, hundreds of thousands displaced, famine ravaging the country and allegations of war crimes against innocent civilians.

The actual scale of the crisis in Tigray is unknown because entry into the warring region is prohibited and access to information is non-existent thanks to the communications blackout in the region. It is therefore likely that the numbers on record tell a downplayed version of the turmoil in the horn of Africa.

Before the crisis erupted in Ethiopia the country was already dealing with several challenges of economic, ethnic and political nature. The country is divided into 10 regions, each of which claims a significant degree of autonomy both in leadership and militia. These regional governments have always had deep-seated divisions that go back several years.

Before Abiy Ahmed’s rule, Ethiopia was in a type of uncomfortable stability where there was no outright war or conflict but certainly growing dissent on the authoritarian type of leadership used by TPLF which went against the political and civil rights of Ethiopians. Abiy’s desire to change this has been seen as the very reason that Ethiopia is now falling apart at the seams.

The situation in Ethiopia right now is rife with fear, confusion, deep-rooted divisions and mistrust. Recently, refugees in an IDP camp in Debedit became the latest casualties of the ongoing conflict after being targeted by an airstrike.

Millions of Ethiopians in various regions of the country are living through a humanitarian crisis that seems to be getting worse with each day that passes. What began as a departure in ideologies between TPLF and PP parties has spiralled into a full-on ethnic conflict with the different communities banding up on either side of the battlefield.

The Ethiopian crisis threatens not just the livelihood of her people but also that of her neighbours, the region and the African continent as a whole.

While the government initially seemed to have a handle on Tigray and TPLF, the tide seems to have changed. The rebels have now begun an onslaught on Addis advancing with the help of several opposition allies. The Prime Minister has called on citizens to take up arms and defend their country against the TPLF who are now getting closer to the Nation’s capital.

The fight for Dessie, a town in the northern part of the country,  has perhaps been the most crucial so far since the city is essentially a gateway into Addis. Tigrayan forces and their allies are not relenting in their bid to take over the capital and overthrow Prime Minister Abiy’s government.

Their win in Dessie and Kombolcha seems to have emboldened them and earned them more allies. In the wake of this continuing war are a people desperate for a lasting solution to the conflict and an end to the desperate humanitarian crisis which is happening right in the middle of two already challenging global threat multipliers; the COVID 19 pandemic and the effects of climate change.

What must be done (the African way)

Commenting recently about the Tigray crisis in Ethiopia, Kenya’s Ambassador Macharia Kamau who is the principal secretary in the ministry of foreign affairs said, “…while there are international efforts to help resolve the situation and halt the fighting, experience shows that lasting solutions will only come from African initiatives”.

Africa has, especially in recent times, experienced a sudden surge of insecurity and political instability in most of her countries. The numerous military takeovers and coup attempts point to a problem that must be addressed in an expedited manner before the continent descends into chaos.

Member states of organizations tasked with finding solutions to crises such as what is happening in Ethiopia have been unable to put a stop to the fighting in Tigray.

A direct result of the colonialism legacy in the continent, African countries have had to deal with a lot of dysfunction in governance as well as conflicts brought on by territory disputes and ethnic wrangles; which is what the war in Ethiopia is shaping up to be.

Now while the interventions from the west are welcome and necessary, crucial lessons from the past show that the best solutions to regional problems normally come when other countries in said regions get involved through institutions and leadership of the very regions in question. African issues require African solutions.

The Tigrayan conflict has become complex and so heterogeneous. Ethiopians are facing a myriad of issues owing to this war including hunger and internal displacement with others having to flee their country into neighbouring countries.

Security and peace organizations fear that as the war continues and as the conflict slowly spreads into other regions, steadily raging towards Addis, it is very likely that the Federal States system which is what Ethiopia runs on, will be upset. There is also a concern that fresh conflicts may arise with neighbouring countries like Eritrea and Sudan and adopt a ripple effect throughout Africa.

Proposals from the African leadership

African ambassadors and leaders have not been silent about the crisis in Tigray. There have been attempts to bring some calm to the region but it has not been easy due to how complex the situation has turned.

As the war continues to evolve there is now a firmer call to enact some of the proposals from within the continent without, of course, discarding completely efforts from the international community.

African leaders have spoken resoundingly about the fact that war or violence is not the way forward. No lasting solution can come from laws that are enacted forcefully. While this point has been made and echoed countless times by leaders, the onus is on the leadership in Addis Ababa to make this a reality. Resolute diplomacy is what Ethiopia needs to begin bringing back calm to the country.

It is also of utmost importance, especially now when thousands have had to flee their homes and are dealing with hunger and disease, that access is granted for humanitarian assistance to reach Tigray and all other affected states.

Both the United Nations and African Union have spoken firmly about the need to stop hostilities and human rights abuses. If this is done, the displaced people can begin going back to their homes to rebuild their lives; it is a start in restoring normalcy in Ethiopia.

Ceasefire across all lines will help facilitate all the above and any such agreements must be overseen by the AU and other organizations mandated with maintaining peace and stability in Africa.

All protagonists in Ethiopia must realize that while the regional partners can assist, advise and intervene to a degree, the burden is on them to initiate national dialogue within the country. The dialogue must be inter-ethnic and include all regions for there to be transparency, democracy and equality.

Foreign forces and militia must stand down from the conflict in Ethiopia. It is an additional pressure point for an already strained government. What happened in Mali with the French troops is a classic example of why the international community must only intervene from a distance.

The intractable nature of African leaders sometimes renders homegrown solutions null but with bodies like the AU overseeing a process of dialogue, ceasefire and rebuilding, Ethiopia can regain its former glory and return to peace.