Is Zambia Violating the Rights of Internally Displaced Persons? 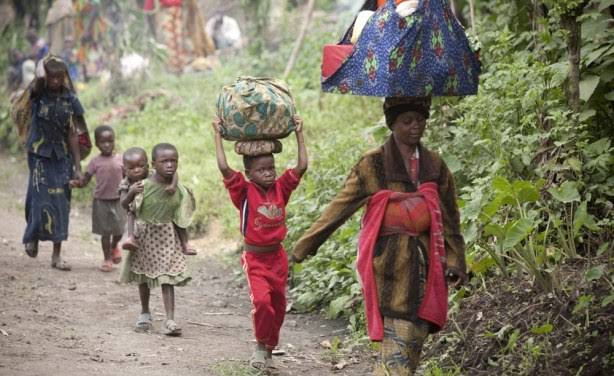 ZAMBIA’s Disaster Management and Mitigation Unit (DMMU) records indicate that there are as much as, 11, 000 people have been internally displaced within the borders of Zambia over the past 10 years. A consortium of civil society organisations working to promote the land rights of Zambians under the auspices of the Zambia Land Alliance however believes that the figures are much higher.

Most displacements of indigenous Zambians are induced either by development projects such as the Multi Economic Facility Zones (MFEZ), mining, industrial, agriculture and other large scale land based investments with minimal, or no compensation at all. In a number of cases, individuals who illegally sell land to rich people, including foreigners,   in the process displace citizens.

Zambian authorities accuse some of the people who have been displaced of being squatters without taking into account the narrative that brought the affected people there in the first place.  Take for instance, the people who were displaced as a result of the construction of the Kariba dam. Activists and civil society leaders in Zambia continue to ask, what real compensation have they gotten as a result of losing their birth right, the land of their ancestors that was “swallowed” by the waters of the Zambezi? Up to now, several of them are suffering and live in abject poverty and yet their sacrifice is providing energy to the entire country and to Zimbabwe and other neighbouring countries.  These are the same people who were accused of squatting and encroaching in the Sichifulo Game Management Area, in 2009.

The Zambian authorities through the Forestry Department have served eviction notices on several communities to vacate land they have been occupying, some for decades accusing them of occupying gazetted forests. These include, communities living in Kalomo Hill Forest No P13 and those in Ndondi joint Forest Management area No F181.

According to the investigations that were done by the Human Rights Commission in September this year, and verified by Zambia Land Alliance, the people to be displaced are in Kalomo Hills Local Forest, which is in Siachitema and Chikanta Chiefdoms in Kalomo District an area covering 162,200 hectares. This is a third of Siachitema Chiefdom which is now said to be a Forest Reserve. Caritias Zambia Director Eugene Kabilika agrees that this could be could be true if one considers forest areas that were mapped up by the colonial government and left untouched by the subsequent governments after independence. “This  Forest Reserve has over 34,000 people, 20 schools, 178 teachers, 10,000 pupils, 12,000 farmers, six (6) Health Facilities serving about 57,000 people, including those not in the Forest Reserve, over 150 Boreholes constructed by the Government and four (4) Communication Towers, among other public and community facilities”.  (Human rights Commission report, 2018). What is surprising and somewhat shocking is that all this infrastructure in the Forest Reserves were constructed using tax payers’ money and the commissioning of some of them were presided over by senior government officials, and now the same government wants to evict all these people!” Kabilika says in utter surprise.

The Zambia Land Alliance (ZLA) in their recent statement strongly agreed with the Human Rights Commission in calling upon the government not to carry out their threats of displacing people in Kalomo Hills and Ndondi Forests in Southern Province. In their view such a move hinges on human rights violation by negatively impacting on their access to land / property, water, economic and food security especially that the majority of these people are those who were affected and displaced during the Kariba Dam construction.

There are more documented cases of displacement waiting to be effected such as that involving the people of Namuswa Ward in Choma Central Constituency, located on the border of Choma and Sinazongwe living in Simwami Village. According to Senior Headman Simulyamana, they too received eviction letters and were supposed to have moved out of their land by 30th August, 2018. These people were settled here during the construction of Kariba Dam where they lost their original ancestral land and have been living in this village since 1940.  This is a period of 78 years. The question Zambians, who care must ask, is why should these people be moved?

We can in addition to the above cases talk about more than 192 community members who were displaced in 2012 to pave way for the Lusaka South MFEZ.  These internally displaced people were allocated 2,000 hectares of Mphande forest which was then degazetted. What is disturbing according to the Land Alliance is that, instead of the small-scale farmers who were displaced benefiting, most of the land was shared among high profile politically connected people. The farmers who were lucky were allocated 1 hectare each while the unfortunate ones got half a hectare. The high-profile politically connected people received 5 hectares each.

“What kind of behaviour is this where people who are supposed to protect the poor are the ones who are benefiting and “eating” what belongs to the poor?” remarked Emmanuel Mutamba, Zambia Land Alliance Chairperson recently.

In Ndola – Chichele forest area, 800 community members are under threat of losing their land after it was sold to a named company as reported online by the Zambian Observer on 5thJuly 2018 on https://www.zambainobsever.com,  It is believed that the 3000 hectares of land was sold under dubious and illegal means because the person who sold the land only had a title for 300 hectares however under unclear circumstances the 300 hectares of land title was later changed to 3,000 hectares at the Ministry of Lands offices in Ndola and then the named person sold the entire 3,000 hectares to the company and relocated to UK.  These displaced people are former casual workers of the sold State Farm. When the MMD government came into power in the 1990s the Dairy Produce Board (DPB) collapsed under the Privatization program, and a named former DPB Farm Manager was given 300 of the 3,000 hectares of land as his retrenchment package since the company had no money. The casual workers continued living on the rest of the farm cultivating with their families. The big question Zambians of good will need to answer is who is there to protect the poor who are crying out for help?

In Masaiti on the Copperbelt Province of Zambia – the recently launched Kafulafuta Dam Project displaced more than 300 families, among them people with disabilities, visually impaired persons.  This was done to pave way for the construction of the dam. However, the affected people were relocated without the investor (Kafufubu Water and Sewerage Company) adhering to the Resettlement Policy and the International guidelines on investment and displacements. From March 2018 when the first group of affected people were forced to relocate up to the time the project was officially launched in September 2018, all the relocated people had no proper toilets and no social amenities in the place they were taken to. As a result school going children and the sick had to cover long distances to access these services.  The displaced people who had enough farm-land on which they produced sufficient food to feed themselves will now be expected to adapt to residential type of settlement where there is room for agriculture activities. How will they survive?

This particular case was a missed opportunity for the Zambian government to set an example to foreign investors by adhering to its own policies and standards. However in this particular case the provisions of the 2015 National resettlement Policy were overlooked.

The concerns highlighted in this article present a disturbing state of affairs especially that government claims that the removal of people from forest reserves is meant   to protect the natural forest and environment. Zambian civil society is however concerned that the same land may end up being demarcated and shared among the high profile politically connected people and in some cases sold to foreigners at the expense of the local people who depend so much on this land for their livelihoods.