Let’s Not Forget The ‘George Floyds’ Of Africa 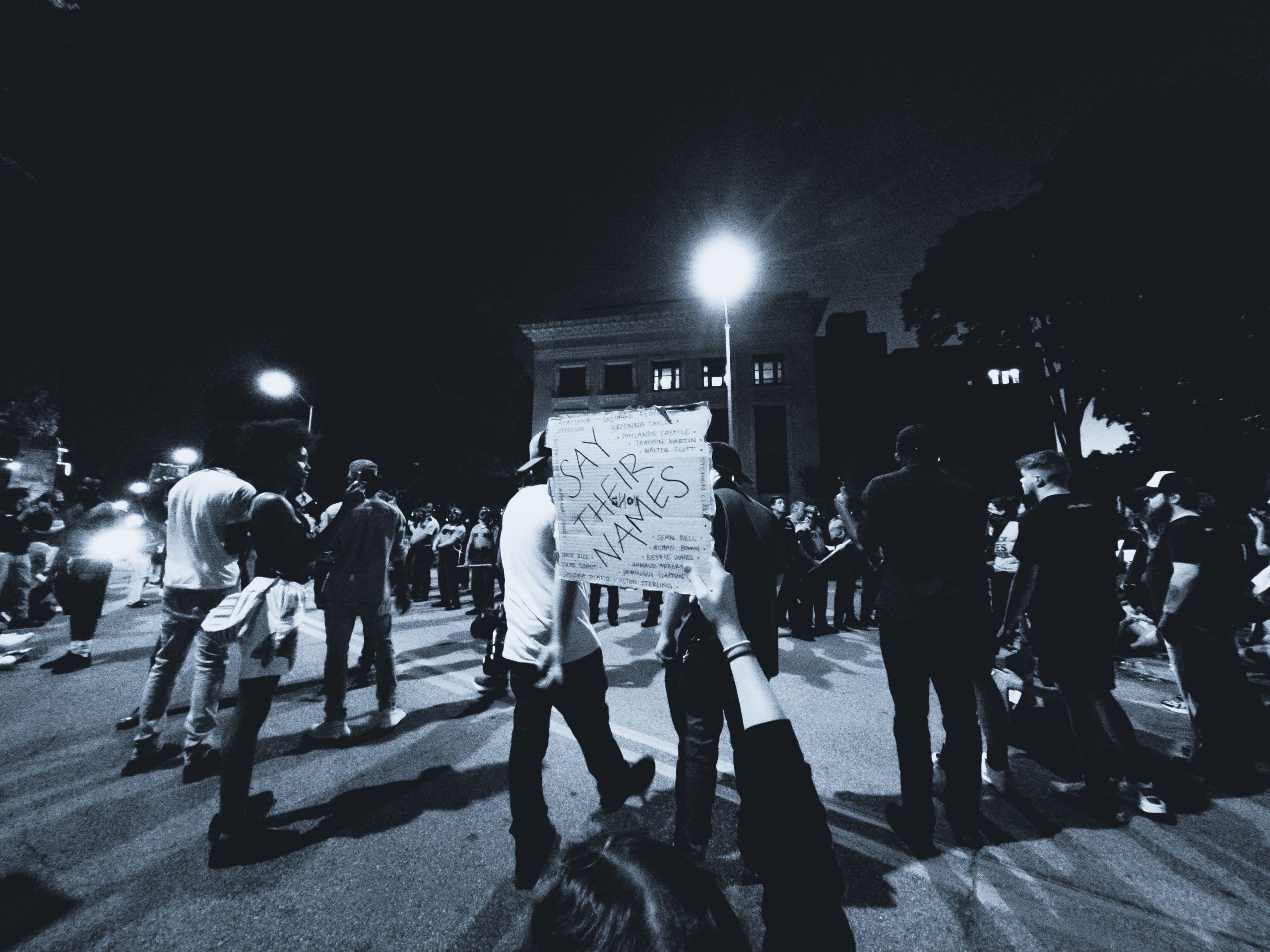 The protests following the death of George Floyd on May 25 in Minnesota in the United States has once again proven the ability of people across the continents to be united, to unite for a single cause. This time, the cause is twofold: racism and police brutality.
Social networks have once again shown their ability to unite. On June 2nd, the day of the #BlackOutTuesday protest, our news feeds on Facebook, Twitter, and even Instagram were saturated by these black squares, social media users restraining from speaking on anything else other than the two issues. the desire to make it heard as loud and as far as possible.

The solidarity chain has been and continues to be informed up to the minute of the activities organized around the protests, and police responses deployed to contain them. The protestors denounced the existence of second class citizenship, racism as noticeable as visible, of undeserved brutality. They claim respect for humans in their diversity and their rights. Engaged or not, the media are pillars of the fight.
Africa is also at the heart of the action. Although far from the streets of Washington, London, and Paris. A small group whose voices are not that loud are also calling for protests, but of a different kind: Africans should be interested in the ‘speck in their eyes’ before being concerned about ‘the log in the neighbors’ eye.’

Is it insulting? No. The idea is not to ask Africans as the compatriots of Georges Floyd to dissociate themselves because racism is unknown among them. The idea is not to ask them to cultivate selfishness, not to worry about what is happening far from their land. On the contrary, they should be inspired by what they appreciate elsewhere and replicate it at home.
If racism is not necessarily part of everyday life in Africa in general and in sub-Saharan Africa in particular, the actions of the police often leading to the death of citizens are more or less common and are rarely punished.

On April 23, 2018, a vehicle from the Medina police station in Dakar crashed into a scooter, fatally injuring a young Abdoulaye Timera. Justice has never been done. The Senegalese Twittersphere has also called for justice for George Floyd, but it seems to have forgotten about Abdoulaye Timera, one victim among many. A tweet from Yacine Sidibe reminds Abdoulaye to our memory:
“Is there a demo today for Abdoulaye Timera as well? Or can we ask those who organize the demonstration at the monument to add the names of those who left us because of the police violence here?”

Still in Senegal, Pape Sarr was locked up in 2018 at a police station in Thiaroye. He was tortured and then sprayed with a corrosive liquid. He died from his injuries, suffering 70 percent burns. Elimane Touré died on the premises of the Port police station. Three years later, his family continues to demand justice.

The situation is no less unpleasant in Kenya. The following excerpt can be read in an article on the Human Rights Watch website dated April 22, 2020.

At least six people died as a result of police violence in Kenya during the first 10 days of the night curfew imposed on March 27 to contain the spread of Covid-19, Human Rights Watch said today. Police, without apparent justification, shot people and beat residents who were at markets or returning from work, even before the night curfew started. Police also broke into homes and shops in several cities, extorting money or looting food. On March 30, following criticism from various organizations, including Human Rights Watch, including such incidents in Mombasa, President Uhuru Kenyatta generally apologized for the use of force by the police. However, he did not expressly order the police to stop the abuse.

Cameroon is not to be outdone. Hundreds of disappearances and deaths are recorded in the police / military fight against crime or terrorism. More than five years after the facts, Amnesty International remains almost the only entity that fights for justice after the disappearance of 130 men and boys from Magdémé and Doublé, in the far north of the country. During this violent raid, eight people were killed and more than 70 buildings were reduced to ashes.

These experiences are not unique to Senegal, Kenya, or Cameroon. Each country in Africa in general and in sub-Saharan Africa, in particular, has its share of missing and dead people as a result of interaction with the police. Another common thread is the lack of justice in these cases.

The silence of the citizens is to be condemned. Their much greater interest in causes “elsewhere” is just as important. Although these facts are clear, they are only the consequence of a shortcoming common to our countries: the absence of strong national media with an international reach.

Most of the international news we consume is not from the continent. Despite its often criticized ethics, Jeune Afrique is the only African media house covering political issues on the continent for French-speaking Africa. As it is not a national media, it cannot focus for a long time on a situation in a given country. Francophone Africa is mainly informed through RFI and BBC which, like Jeune Afrique more or less quickly brushes aside national issues in the continent.

Our media are not always intended to inform. They are either too close to power or against power. This is for example the case of Cameroon Tribune (close to power) and Mutations (against power) in Cameroon. Their agenda does not necessarily include citizens, and they do not care about their ability to unite around national causes, even less to make these causes heard internationally. The biggest spillovers are a crisis of confidence in the national media, a weak presence in young and active circles, a lack of interest in national issues, and an attachment to media that have a stronger presence.

There is need for independent media both from power and from its adversaries, a media with a strong national presence, media disseminating information through channels that do not have any borders (including social networks), a unifying media capable of carrying a cause and stirring up the flame of the allies to this cause. It is a path to consider if we will ever rally up support for our causes like was done for George Floyd.