Home » Diplomacy » The ICC’s Office of Public Counsel for the Defence: Between Support for the Accused and Legal Expertise

The ICC’s Office of Public Counsel for the Defence: Between Support for the Accused and Legal Expertise 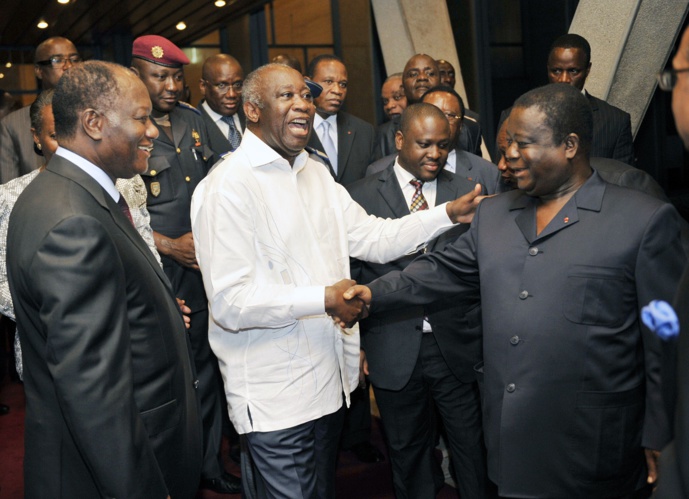 The International Criminal Court (ICC) is not getting good press. That’s the least that can be said. The ICC is often condemned for its relentless persecution of African heads of state. Many people throughout the continent have hailed the work of the “Chambres Africaines Extraordinaires” (Extraordinary African Chambers), that were created as part of a pact between the African Union and Senegal, and were behind the life sentence given to the former dictator of Chad, Hissène Habré, in 2016. The desire to develop this type of permanent institution in Africa – a body that would allow African heads of state to be judged in Africa, by Africans – has often been expressed. The fact that the ICC’s consensus prosecutor, Fatou Bensouda, is of Gambian origin no longer seems to move people.

Many are critical of the International Criminal Court, but few really know what happens there, how it runs, and what offices are part of it. With the concern of better informing the public about these issues surely in mind, the ICC’s Office of Public Counsel for the Defence (OPCD), along with the APO, held a virtual meeting between the office’s head counsel, Jean-Xavier Keita, and journalists and citizen journalists throughout Africa, a meeting which I had the honor of attending last November 13th.

The independence of an office within the ICC that supports the defence may raise some eyebrows. How is it possible that the ICC, who judges and condemns or acquits the accused, could invest in their defence? In reality, this is completely normal. As in any court, the right to a defence must be provided for the accused. If it cannot be provided, a lawyer is appointed by the court. In case the person being prosecuted by the ICC doesn’t have the means of paying for their defence, the OPCD itself is appointed by the court and the international community takes care of its fees.

After the first few years of the ICC’s activity, in 2011, judges clearly defined the roles of the OPCD. The following are some of its roles: represent and protect the right to a defence in the initial stages of an investigation; with or without the court’s instruction, present the observations concerning the needs of the defence in the scope of ongoing court proceedings; give help to and assist, more generally, the counsel for the defence and to people with the right to be defended, including doing research and giving legal advice and, upon instruction, or with the chamber’s authorization, give opinions or assistance concerning the factual details of a trial; appear before the Court, upon instruction or with the authorization of the chamber, in the case of specific questions; present, upon instruction or with the authorization of the chamber, conclusions in the name of the person who has the right to be assisted by a defender, if he or she does not yet have a named counsel or if the mandate for representation given to a temporary counsel is limited to other questions; act as a designated counsel; assist or represent the defence counsel or defence witnesses if they are the subject of defined proceedings.

According to the explanation of Jean-Xavier Keita during the meeting, he was recruited by the ICC to lead the Office for the defence and then he himself proceeded to recruit the office’s staff so that the Court, as a whole, would not intervene in the proceedings and would not influence the independence of the office. The office does not act at its own initiative during proceedings. Either it is court-appointed, or the defendant’s legal team files a request for assistance. This request is approved if the court has staff available and then the support is given. This was the case in the defence of the former president of the Ivory Coast, Laurent Gbagbo, or the Ivorian political figure, Charles Blé Goudé, who are currently being prosecuted by the ICC for crimes against humanity. The defence teams must ask for authorization to practice in court by asking to be registered on the relevant list, developed and updated by the court.

If need be, and under certain conditions, the OPCD can act as counsel, permanent counsel or occasional counsel for a suspect or an accused party. It has, for example, served these duties and represented Salif Al-Islam Kadhafi during his court procedure to determine his case’s eligibility, as well as acting as permanent counsel for many other suspects or accused parties in urgent matters. During the virtual meeting, Jean-Xavier Keita explained that the role of the office goes further than assisting defence teams, and Fabrice Bosquet had just the right words: “It preserves and takes advantage of the experience that has been acquired from one trial to another, promoting its performance in terms of the support that it can offer. It is an office of reference and of trust, that all defence teams can speak with and that will allow them to have a global view of legal precedent of various current and past trials.”

It would be interesting for the majority of people to understand how the International Criminal Court functions. The negative criticisms against the Court are not devoid of meaning, but it would be more helpful to criticize in a more informed, enlightened way and to not be limited to superficial understandings. To this end, I suggest reading this document by Fabrice Bosquet which, beyond the discussion with Jean-Xavier Keita, gave me a lot of information about the world of the ICC.