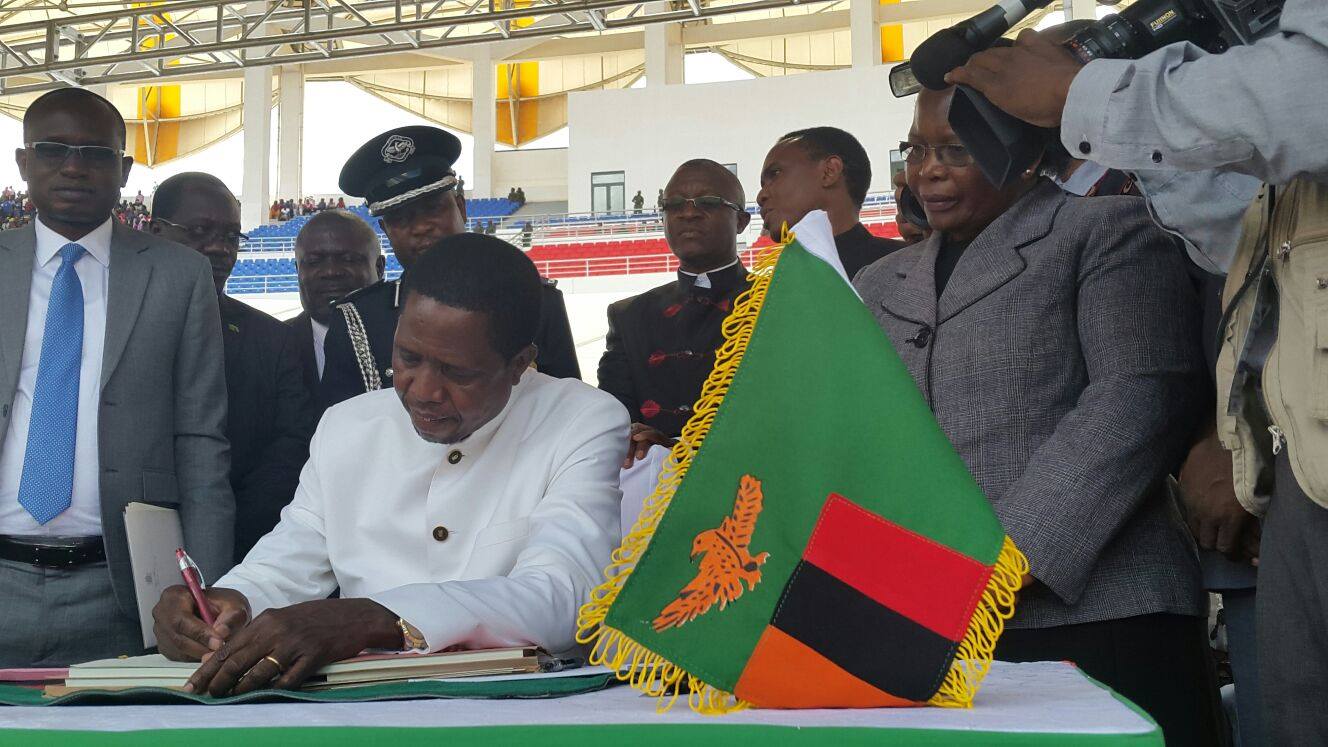 Zambia’s sixth President Edgar Lungu on Friday, 18th September 2015 delivered his first speech on the floor of parliament after his election to the highest office in January 2015. In his speech, Lungu made promises including that his government would repeal the Mental Disorders Act and enact the Mental Health Bill into law.

The Mental Disorders Act of 1949 continues to annoy human rights activists in the country with its usage of derogatory expressions such as idiot and imbecile to refer to persons with mental disabilities.

It was with the view of promoting the rights of persons with mental disabilities that President Lungu directed his Minister of Health to table the Mental Health Bill of 2016 to Parliament in the current sitting. However, few months down the road the of Health Minister, Dr Joseph Kasonde informed the nation that despite the completion of the drafting process the bill would not be taken to parliament for enactment.

Disability rights organisations have raised concern following the announcement through the media that the Bill would not be presented due the fact that there are many Bills to be considered in the current sitting. The disability rights groups argue that the government’s action indicates that Lungu’s administration does not prioritise issues of mental health and disability in the country.

The Mental Health Users Network of Zambia and Disability Rights Watch have threatened to seek judicial intervention to have the Mental Disorders Act declared null and void for its noncompliance with the country’s recently amended constitution and to principles of international human rights law.

In their letter to the Minister of Health they said:

“We receive the news that the Bill will not get to Parliament in the current sitting with shock and this raises desperation in us. Honourable, you are very much aware that the Bill is intended to repeal the Mental Disorders Act of 1949. The Act of 1949 continues to portray persons with mental impairments as idiots, imbeciles and less human. It has perpetuated the gross abrogation of the rights and fundamental freedoms of persons with mental impairments.”The police and other wings of the justice system have continued to use the Mental Disorders Act of 1949 to abuse the rights and fundamental freedoms of persons with mental impairments. The archaic Act is not constitutional and is not in conformity will International Human Rights Law, specifically the United Nations Convention on the Rights of Persons with Disabilities. It is not also in line with World Health Organisation (WHO) standards and principles. We demand that we urgently receive an answer to the following questions:

Are issues concerning mental health a priority to the government? Does government recognise the effect and impact of mental health problems on the families, community, and the nation as a whole? The government is happy and comfortable with the dehumanizing provisions of the Mental Disorders Act of 1949. Are we correct? If so, is government deliberately not prioritising mental health issues in as far as inclusive laws and policies is concerned? Is government indirectly asking us to seek judicial intervention to declare the Mental Disorders Act of 1949 null and void due to its noncompliance to the Constitution of Zambia and International Human Rights Law? We are fully ready to take this direction!

Honourable, we recommend that:

You immediately take the necessary steps to ensure that the Bill is passed by the current sitting of Parliament. This means that the Bill will be passed by Parliament by 10th March, 2016.
You produce a comprehensive statement on how you treat issues of mental health in relation to the above questions.

The paradox, perhaps, is that the 1949 Act remains enforceable despite the fact that Zambia has a constitution, signed by His Excellence, President Edgar Lungu, which is referred to as progressive.