A Note on Disappeared Persons 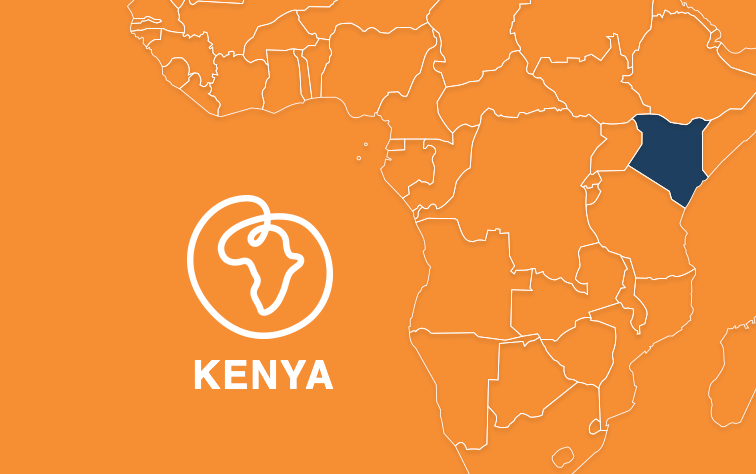 “For the purposes of this Convention, “enforced disappearance” is considered to be the arrest, detention, abduction or any other form of deprivation of liberty by agents of the State or by persons or groups of persons acting with the authorization, support or acquiescence of the State, followed by a refusal to acknowledge the deprivation of liberty or by concealment of the fate or whereabouts of the disappeared person, which place such a person outside the protection of the law.”

I’m still stuck on this idea of disappeared people. It’s a simple question at the end of the day – how does one just disappear? This year 200 people have been reported as disappeared with many activists claiming the number could be higher than that. Last year Cleric Mohamed Ali Kheir was abducted in Garissa and his body was found in Embu – 328 kilometres away.  Meshack Yebei went missing, his body found at the Tsavo National Park.

And the list of names goes on, and the stories go on.

Speaking on the International Day of the Disappeared, former Deputy Speaker, Farah Maalim, spoke of the 60’s in Kenya. At the time, he said, to garner support from the west, the word was communism. The western world was at the height of the cold war. In Africa most nations were transitioning into independence with those that had already achieved it now looking to establish identities. Facing a lot of teething problems many leaders at the time chose dictatorship as a path – people were killed and disappeared. This raised several international eyebrows and communism, being a knownable, tangible force was the quickest way to deal with the people who oppose you.

Terrorism is now that word. The west is largely in a “post 911” existence. African leaders have been seen using holding double standards to terrorism, and using it to gather support. Charlie Hebdo’s protest march was one avenue that exposed the hypocrisy in how terrorism can be used to move power. Back home the word terrorism is used to push the buttons of the middle class back into their cocoons of safety. It brings with it enough (un)reasonable doubt for the state profile and target. As with communism, terrorism does exist and is a security concern to be taken seriously. As with communism, you might still be that idiot walking around calling everyone a commie.

“The activists claim that more than 100 men are missing in Mandera, 50 have disappeared without a trace in Garissa, the whereabouts of 36 young men from Wajir is not known and at least 20 ethnic Somalis from Eastleigh in Nairobi have been abducted.”

In the article above Rasna Warah touches on the governance problems that allow for terrorism to exist in the country. The numbers are from the Institute of Development Studies. How do people just disappear from a community?

The most disturbing thing about disappearances is that there is no closure. For weeks, months years and sometimes lifetimes the family of the disappeared are haunted by the person’s absence. Further, the people left behind are often shunned by the community. No one wants to be associated with the consequences of a disappearance because it often carries danger with it.

On 6th February 2007 Kenya signed the Convention for the Protection of All Persons from Enforced Disappearances. Article 12 states, in part, “ Each State Party shall ensure that any individual who alleges that a person has been subjected to enforced disappearance has the right to report the facts to the competent authorities, which shall examine the allegation promptly and impartially and, where necessary, undertake without delay a thorough and impartial investigation.”

First, has the right to report the facts to competent authorities. How does one report to authorities if those authorities might have been the ones involved? On my second day in form one I was given a paper. Scribbled on it was a chain of command. If anything happened I was to tell my guardian, who was a second former. My guardian would tell the green badge (a prefect), who would tell the blue badge (deputy head of house) who would tell the red badge (head of house) who would tell the teacher… and further up until the board of governors. On the second day I was slapped by the head of house. I was confused for a very long time. Why would I tell my guardian to tell the green badge to tell the deputy head of house that the head of house slapped me? Nothing, I did nothing. Which was all well, but what about when the situation is grave? The family of disappeared people find themselves in a situation where they need to tell the people who they suspect about the crime that has been committed. Is this  healthy? Is this workable?

Second, shall examine the allegation promptly and impartially. Even after said persons have managed to work through reporting disappearances, what are we doing to ensure that such reports are taken seriously and followed up? On twitter a user insists that we need to end the threat of terrorism anyhow and this way is working. Even beyond government investigation do we legitimize these claims? Or do we wait until it is someone we have seen and interacted with before we believe anything?

Butler writes this about ungrievable bodies “Ungrievable lives are those that cannot be lost, and cannot be destroyed, because they already inhabit a lost and destroyed zone; they are, ontologically, and from the start, already lost and destroyed.” If a body already exists in a lost and destroyed zone, then it must be very confusing when people turn up looking for this body. It is lost, as it already was. The problem is, by the time the bodies that are disappearing are bodies that look like yours all the people you might need to stand for you will have disappeared. Then what?

Kenya is doing many things, and it is important to remember that there is change happening. But what’s the point of change if all the people that the country is changing for are left behind? What’s the point of building a better future if there’ll be no one to live in it?

By Michael Onsando from Kenya.