Africa Deleting Facebook? Not Likely. But Context Will Matter More 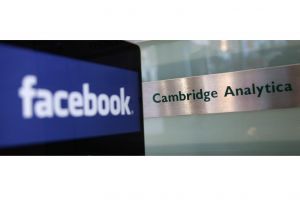 When the GuardianUK newspaper broke a story about a data analytics company called Cambridge Analytica and its role in collecting the private data of British and American citizens, African social media did not go apoplectic. This was despite the fact that the same company also allegedly had a hand in two of the continents largest countries’ elections, Nigeria and Kenya.

Even when the #deletefacebook hashtag emerged in the countries most affected by this revealing story, we did not bother.  At least not enough for anyone in charge of the application to be worried.  For now.

There were no reports of marked decreases of Facebook users in Africa or in the region.  There were however calls for at least follow up investigations on the role of Cambridge Analytica in Nigeria and Kenya’s elections.  But beyond that, we would be hard pressed to find similar local public outcry about these latest developments as in the global north.

On their own, and because of the global reach of Facebook, the allegations levelled at the latter are very serious.  Not only for their disregard for the right to privacy of individuals using the applications but also for the intended political effects of data gathering and development of algorithms that affect political behaviour.

As the Canadian born whistle-blower Christopher Wylie said in his testimony before a British parliamentary committee, the effect of the alleged interference and targeted conversion (from not just a click or like but to action such as donations or attending an event)  of users would have had an evident impact on, for example,  the UK’s Brexit referendum result.

A mixture of data algorithims and an allegedly deliberate pursuit of orchestrated political electoral outcomes motivated this.  And the real life impact of manipulation of either facebook or other social media platforms to interfere not only with political processes but also their meaning is something that is definitely going to pre-occupy most western democracies.

Inclusive of the alleged role the Russians played in similar manoeuvres during the last USA presidential election.

Where it concerns us in Africa, there is ambivalence about a similar role being played in our political processes.  Where Cambridge Analytica is accused of possibly/allegedly having tried to influence the Kenyan and Nigerian elections, the outcry is relatively muted.  And in most cases, it is conveyed via the same platforms to limited response or support from users (based in Africa or its Diaspora).

But where such a platform/application begins to have serious problems around data collection as it affects privacy and allegedly seeks to target specific users/voters for specific political outcomes, then we would be well within our right to also call it to order.  This is despite the fact that we are far from its most significant centre and have very limited (legislative/technological/market) power over it or its owners.

Also given the fact that whatever algorithms it develops and applies on its users even if done globally have contextual effect.  This includes determining newsfeeds based on your own personal preferences as opposed to what may obtain in reality. The latter point being that sometimes the social media application can tell you what you prefer to hear/see than what is factual.

The key difference however is that there are still comparatively fewer Africans connected to social media or the internet.  So it may not matter as much that Facebook is facing the serious allegations that it is on this side of the world.  But there is no doubt that some if not a greater majority of African governments may decide to tighten controls on social media use and its impact on political processes.

The full import of what Facebook is alleged to have done shall be seen via the inquiries that are ongoing or yet to begin in the global north.  What that means for us in Africa may be that social media’s mechanics are not so global in meaning after all.  Context matters.  So do algorithms and the political/profit intentions of powerful individuals that control them.

The only plus is we now have an idea of how it all works. And we must gird ourselves to protect our universal rights to free expression, access to information and privacy.