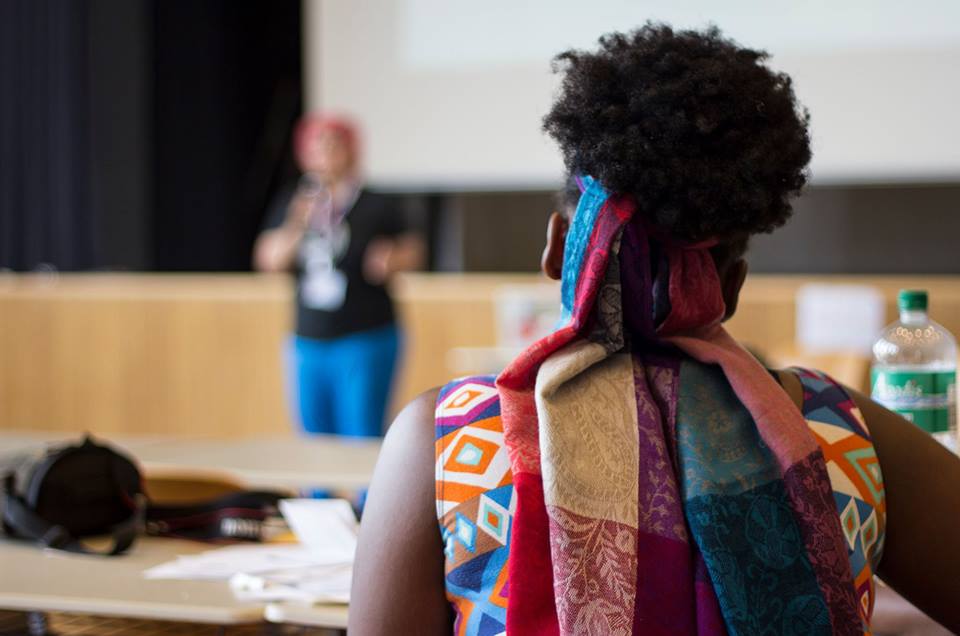 I was sweaty and tired, but all the conversation and hearsay that had drifted in the air throughout my journey had caught my attention. Unverified claims of ministers fleeing the country, top ranking officials committing suicide, soldier commanders brought to their knees and begging for forgiveness from civilians for all their past politically-driven depravity. The stories were circulating fast among the kombi touts and drivers, vendors and passengers alike; the majority of those steering the conversations proudly parading a pinkie finger laced in a crimson voters’ ink. In their minds, political change was imminent. In fact, so imminent was it that they thought Zimbabwe would not hold at the seams for much longer and would – in a matter of hours with the official announcement of victory – burst into triumphant celebration.

The matron and I sat next to each other, somehow comfortably sharing space despite my usual deference to her as the matriarch of the hostel that I stayed in throughout the years of my undergraduate studies.

“Come and sit with me and let’s wait for the results,” she’d offered once she’d given me back the key to my room and I had mounted the flight of stairs to drop off my bags. She had also called the gardener, who lived in a small cottage on the premises, to sit with us.

The hostel was eerily silent that evening. Even though the following day was a normal work and school day, most residents had chosen to stay away just a little longer, in case there might election chaos that they’d rather navigate from the comfort of their distant homes. This was, after all, 2008; a year in which the instinct for survival – despite the many obstacles against it – grew keen and clear in many Zimbabweans.

And it had been that instinct, I think, that had driven so many to the polling stations that Saturday of the national vote in late March, expectancy and suspense filling the silent streets.

As we waited for the news to come on, my mobile phone burred incessantly with notifications of new conspiracy theories. A top-ranking official was seeking asylum in South Africa. Immunity was being granted to some political elites. Food aid was waiting to flood the borders and replenish our empty shop shelves as soon as the announcement was made. A swearing-in ceremony was happening somewhere clandestinely. My matron was keen to hear about all the news. The gardener chuckled through some of the messages. But you could hear it wasn’t laughter of disparagement, but rather of tenuous hope.

As we waited that evening for those results – they would only eventually be released more than 30 days later when all the hearsay and hope had finally been packed away like fairy tales – something strange happened. I found myself, at 24, having political conversations with people I’d otherwise considered strangers for the first time in my life. Yes, we lived under the same roof, ate some of the same meals together, stood in line together for bread or sugar, shared reflections about the weather and hyperinflation. But when it came to political conversations, we’d always remained impervious and obdurate.  For 2008, and many of the years before it, was not a year of public political opinion. Rather, it was a time of deep distrust, oftentimes bordering on paranoia that anything you said – or didn’t say – would betray a bias of your political beliefs or affiliations, even if you didn’t have any strong enough to stand by.

I recount this memory as I reflect on several conversations I have recently been having with friends and colleagues about our collective silence in the Zimbabwean public sphere; or at least the public sphere of social media.

“You’ve become so quiet,” someone I haven’t seen for a long time will remark when they bump into me.

“I still visit your social media account in the hope that maybe you’ve finally said something again.”

It’s a lot of personal pressure, but yet at the same time I understand it. As Zimbabweans, we are bereft of a range of voices, arguments and counter-arguments. Opinion leaders and thought leaders are few and far between. And many of us are looking to someone else to initiate the difficult conversations.

I don’t say this to pat myself on the back and cast myself as some irreplaceable voice or uncharacteristically brave person. In fact, I acknowledge that in my present silence, the space that I have previously taken up and occupied is filled by other voices. It would be vain and inaccurate of me to believe that discussions do not move on without my voice, or anyone else’s for that matter. They do.

But more than a focus on myself, I do want to unpack the collective silence of manyvoices that were once very active in our public sphere.

For a time, social media seemed to amplify that moment in 2008 that I speak of with my matron and the gardener. For a time, it seemed having strong public opinions and robust debate on Twitter chats and in long Facebook threads was creating space for constructive articulation and debate, for healing and dreaming.

But then over time, Zimbabwean social media has become yet another avenue for silencing and erasure of dissent and nuance, with vigilant and moralistic gatekeeping against certain types of analyses and readings of Zimbabwe. I’ve said it before and I will say it here; that my main problem with Zimbabwean debate and discussion is that it remains rigidly black and white; that our oppression must tally uniformly, that our calls for reform must be in perfect synchrony, that there is a distinct ‘them’ and ‘us’ that must either band together or dissociate, even if such affiliation fails to take  on a deeper analysis of how tribe, race, class, gender, sexual identity, religion, location and a range of other identifiers mark our experiences of Zimbabweaness as varied, complex and constantly in flux.

For quite a few people that I interact with, we have begun to find local social media a space that mimics the pre-2008 hush that I speak of, except that the hushing – or editing out of important context – is being done by a lot of so-called progressive voices. We saw this quite keenly last year during the peak of #ThisFlag and how a range of self-appointed gatekeepers of the movement became strongly opposed to any line of questioning that was read – in the black and white dichotomy of most of our political readings – as against the cause, or even more contrived, as in favour of the status quo. And still, over a year after the movement began to splinter and stall, there has not yet been an open conversation around how this, among other factors, became one of the movement’s greatest deterrents.

We see it now when asking that opinion leaders – be they social, religious or political – acknowledge their positions of privilege, even if they are not part of the ‘political elite’ is equated – in puerile and un-constructive ways – to being a ‘hater’. The objective of constructive conversation is not to eliminate voices from conversations, but rather to create gateways to acknowledging that our lived realities differ markedly and that our calls to solidarity, debate and action need to be just as nuanced. We will not all boycott the same things or participate in the same actions, especially since our embodiment of our Zimbabwean identity is so vastly varied. Surely, an understanding of this informs an understanding of our terrain, our discourse, our realities.

Perhaps the problem is with us, the silent ones. The ones who see the latest news or conversation and take to Whatsapp to further the conversation, far away from the many gatekeepers and judges. Perhaps it is us who are not strong enough to live with being called haters for holding divergent opinions and views.

Perhaps so. And I am at peace with that reading of my silence.

For a few weeks in April in 2008, valves of pressure released and people laid open their dreams, frustrations and fears to each other.

And then they stopped again.

Social media was supposed to take us back to that place again. And it did for a while. But maybe, just like everyone did after the inexplicable range of emotions that 2008 brought with it, we have all returned once more to our brokenness.