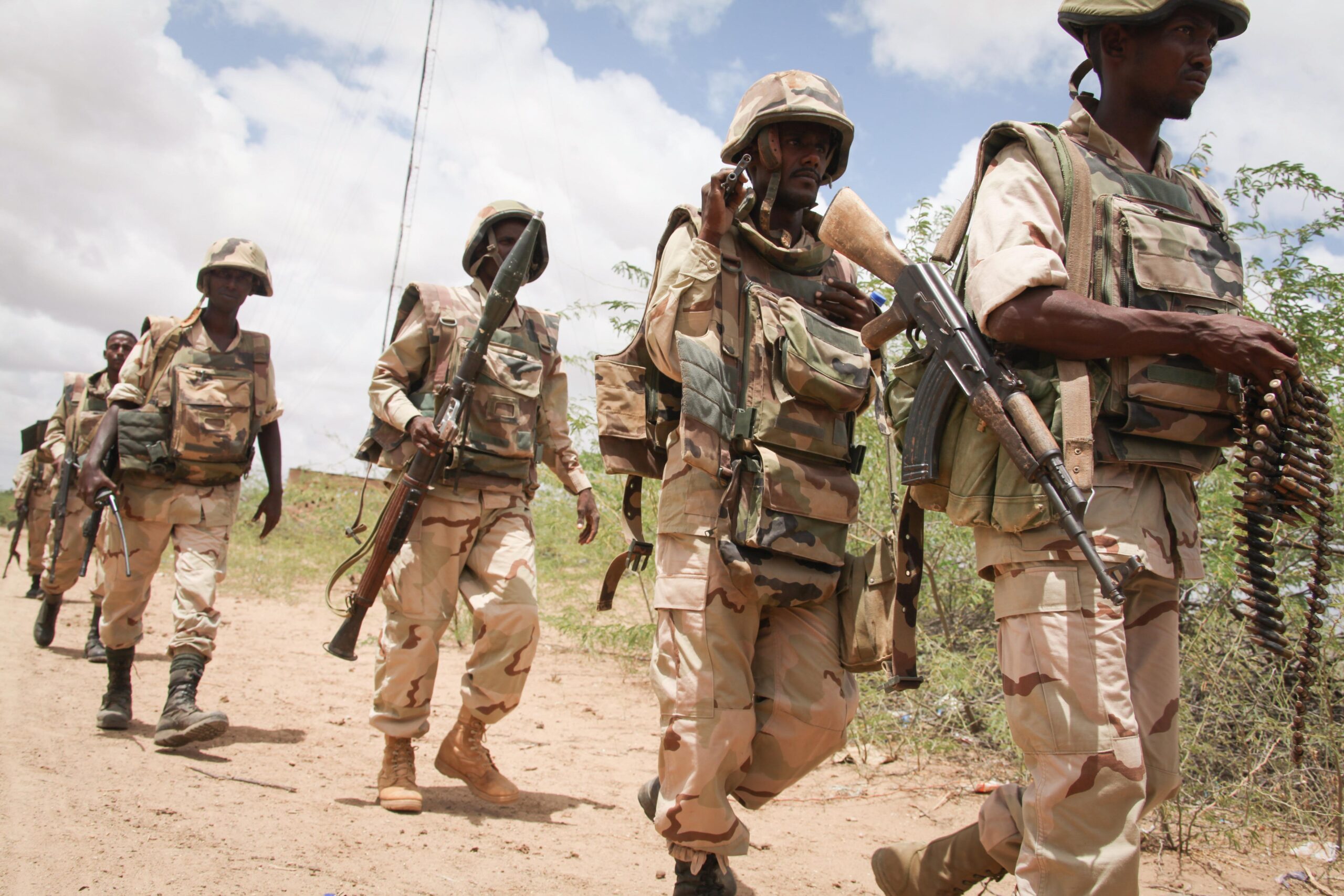 In earlier submissions of the three-part series titled “The Struggle for the Soul of Nigeria”, insights were shared into the rapidly deteriorating security situation in the country and how its political history is interconnected.

In this submission, I dive into the existing militant insurgency of the Boko Haram terrorist group, and further reveal the emergence of a new threat element known as the Unknown Gunmen (UGM).

Nigeria has had a long and unfortunate history of communal conflicts and ethno-religious violence. For example, in Plateau state, the country’s “middle belt,” there have been many outbreaks of bloody violence between different communities since the return to democracy in 1999. Large-scale inter-communal violence, however, is a more recent phenomenon in Plateau State than in some other parts of Nigeria.

There had been long-standing grievances between different communities for several decades, but it was not until 2001 that people began turning to organized violence to express their frustrations at perceived political and economic marginalization.  The turning point was the massive violence in the state capital Jos, in September 2001 (commonly referred to as the Jos crisis) which is reported to have claimed about 1,000 lives.

When viewed from outside, it could appear that these conflicts boil down to just these entho-religious factors. However, a deeper look reveals that politics and more precisely, the control of government business is the primary cause of many of these conflicts. Also, weaknesses in the institutions of politics and the security services have further created a political situation where such threats to stability are not dealt with until violence is a certainty.

The escalating insecurity in Nigeria brings to bare the adverse impacts on the country’s socio-economic development. But before we delve into this, first, let us look at a brief overview of the Boko Haram insurgency. Boko Haram began its uprising in 2009 in an effort to build an Islamic state in the predominantly Muslim northern Nigeria and has repeatedly targeted educational institutions, particularly those teaching a secular curriculum.

The militant group was once largely unknown outside of Nigeria until its fighters infamously abducted 276 schoolgirls from Chibok in Borno state in 2014, drawing international attention and  triggering the viral hashtag #BringBackOurGirls. While 82 girls were released in May 2017,  majority of the abductees are still unaccounted for. Some are presumed to be dead and efforts to propel the kidnappings into the global limelight haven’t slowed the jihadist group down either. The group is likely to continue to target schools and other important national infrastructure because the attacks has become a weapon they use to   demoralize state security forces while gaining publicity and funding in the form of ransoms.

Now, let us look at the adverse impacts hinted earlier. Socially, many Nigerians have been compelled to observe self-imposed curfews, due to the fear of abduction or being robbed by armed gangs. Serial attacks of terrorists on public schools and mass abduction of pupils and students, have led to an exponential increase in the number of out-of-school children. According to the United Nations International Children’s Emergency Fund, Boko Haram fighters have slaughtered at least 2,295 teachers and destroyed around 1,400 schools mostly in northeastern Nigeria since the uprising began.

Who are the UGM?

Groups of unknown gunmen, have been targeting and killing people, especially military and security personnel and other federal agents. Their operations have included; burning down police stations, attacking government personnel and facilities, and perhaps the most shocking attack being the killing of a local legislator in Anambra.

However, the activities of the UGM has gained notoriety in Anambra and indeed in the South-East, with the Monday lock-downs by the separatist group, Indigenous People of Biafra (IPOB), as a form of civil disobedience against the Federal Government for the arrest and detention of their leader, Mazi Nnamdi Kanu. Not long after this, some unknown elements begun a brutal attempt to enforce the same lock-down beyond the stipulated time lines.

In the South-East, Imo and Anambra states are the nucleus of violence. Nonetheless, Abia, Enugu and Ebonyi are comparatively safe and stable except for the intermittent terrorist activities of armed herdsmen which the police, military and security agencies appear rather reluctant to deal with.

For instance, on Monday, May 2, 2022, reports indicate that a military couple, Sergeant AM Linus and his wife (a Lance Corporal) were gunned down along with five others. The agents of terror beheaded the corpses of the soldiers, called their friends, and posted the conversation and a video of the severed heads on social media. The dialogue between the killers and the friends of the victims pointed to the possibility that the killing of the soldiers was a sort of revenge for the alleged killing of civilians by the military sent to the South-East to restore normalcy.

What is happening, especially in Imo State cannot be ruled out as a form of terrorism. Indeed, this was how Boko Haram manifested up north in Maiduguri before escalating to suicide bombings and full-scale insurgency. Just a few years back, the South-East was considered to be one of the most peaceful areas in the country.

Notwithstanding, the entrenched belief that the Muhammadu Buhari regime has not given the region enough sense of belonging and has strengthened the Biafra separatist movements, particularly the Indigenous People of Biafra. Additionally, the brutal military responses to peaceful protests by IPOB, its hasty designation as a terrorist group and the unchecked activities of armed herdsmen has also concretized the emergence and continuous existence of the murderous gangs of terror, being referred to as Unknown Gunmen or UGM.

What is happening I believe is that, some unscrupulous persons are covertly exploiting earlier pronouncements by identified and recognised members of the separatist movement, IPOB. The actions of these people aim at causing confusion in the south-east of the country.

Yet, things get even more complicated when this Unknown Gunmen appear to re-echo similar declarations made by the IPOB and says there would be no elections, and people attack political rallies and destroy billboards and IPOB says it is not responsible.

The military must refine its rules of engagement. The attack on whole communities in search of gunmen and criminals must be discouraged. It widens the feeling of enmity. Rather, culprits should be identified and dealt with according to the law. The military must gain the people’s confidence and enlist their support to restore order.

Violence by the two sides has not yielded any positive outcome. Rather, it has worsened the situation because no one is safe now. Perhaps it is time to consider some sort of political settlement. The “stick and carrot” approach rarely fails to douse internal discontent as the Niger Delta militancy experience has shown.

The Federal Government should initiate dialogue with relevant stakeholders in the South-East and take measures to restore the alienated people’s faith and sense of belonging to Nigeria.