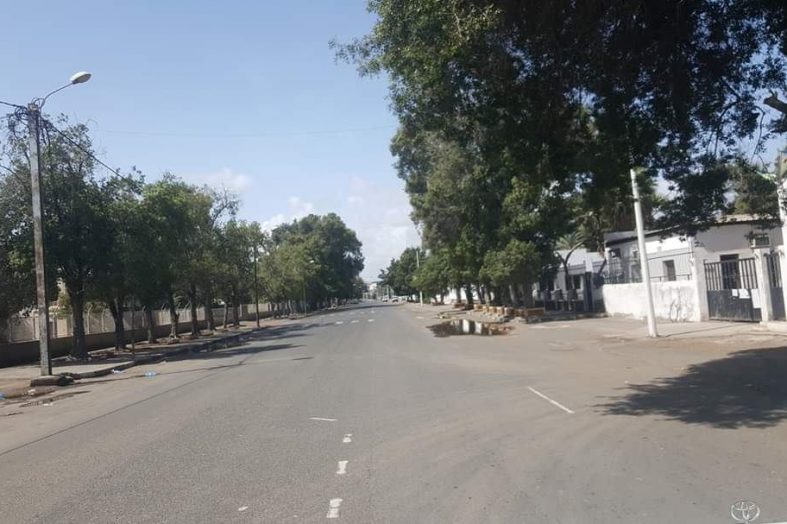 Today is day 11 of South Africa’s coronavirus lockdown, which has been implemented with a resolve rarely seen in our country, with the military deployed to assist the police in keeping people in their homes. Unfortunately, neither they – nor the police – are (in general) accustomed to much besides being authoritarian. They certainly don’t have a history of “shower[ing] our people with guidance [and] leadership”, as President Ramaphosa asked of them when they were sent into the streets.

So much so, that force used in encouraging us to stay home has included firing rubber bullets at groups of people, and at least three civilian deaths. While Ramaphosa has been laudably consistent and clear in his messaging, his Ministers sometimes seem more interested in jockeying for power (and headlines), issuing new (and sometimes conflicting) directives, based on very ambiguous legislation, on a near-daily basis.

As of last night, we have nine deaths (not including the three mentioned above) associated with Covid-19. There are 1585 confirmed cases, and nearly 54 000 tests have been conducted. But while the nine deaths are a known (and sad) reality, confirmed cases tell us little, as they are a factor of who and how many have been tested, so it’s impossible to say how many cases there actually are in South Africa.

It’s also impossible to say – at this point – how well the lockdown is working, both because it’s not being rigorously adhered to by some, and because we’re still within the window where people can be asymptomatic. If we see a decrease in the number of positive test results (at a comparable rate of testing) in another week or so, we’ll have a good reason for confidence that it is.

Everyone needs to stop thinking COVID19 numbers today are today’s numbers. They’re not. They reflect: a) transmission between 12-18 days ago, b) onset and course of illness 7-14 days ago, c) hospitalization and testing, 7-1 days ago. Strictly: the present is the past.

Adherence is a problem when you’re forced to share a toilet with dozens of other people, as is the case in informal settlements here and elsewhere in the world. It’s less of a problem for those who had the money and space to stockpile, and for those who have gardens to exercise in – but that hasn’t always ensured compliance. For example, some people seem to think that their dog-walking interests trump those of social-distancing.

The lockdown is certainly working in making drinkers and smokers unhappy, as alchohol and cigarettes are not classified as “essential goods”, and thus cannot be bought. It’s also working in bringing out the worst in some civilians, not only the police. People are reporting on each other, not only for grievous violations of the social-distancing order, but also for minor ones.

But on the general topic of us being idiots, I refer you to my previous post, on trusting what the consensus amongst experts says rather than relying on WhatsApp groups or social media. And, I’ll conclude by offering brief thoughts on three particular manifestations of the tension between what some everyday people might think and what informed debate looks like.

The first is the issue of face masks, and whether people should wear them or not. The debate started as soon as people realized the resource-scarcity we were in for, where non-medics who had access started buying things (like face masks) which should instead be available on a priority basis for healthcare workers. This Twitter thread makes it clear how ill-equipped most of us are for knowing how to use N95 masks:

Non medical friends, let’s have a chat about masks. So, you’ve bought yourself a box of N95 masks and you think you’re good for #COVID19. Let me tell you what my hospital makes me do EVERY YEAR to make sure my N95 mask fits (yes, they come in sizes). Watch out: long thread ahead!

At the time, people (rightly) pointed out that most of us had no clue what to do with them, so they were wasted in our hands (or, on our faces). Likewise, people wearing gloves were criticised for not thinking things through, in that they might wear the same pair of gloves all day, or for an extended period, while still doing things like touching their faces.

So for a time, the “keep N95 masks for professionals” message was read as “don’t wear a mask” (in general, but with exceptions). This is an interesting thing, psychologically, because that message seems to have persisted, even though it’s now increasingly clear that other forms of mask – including homemade ones – can offer some benefit.

It doesn’t matter if you wear the mask imperfectly, and it doesn’t matter if your mask is imperfect, because wearing one has the possibility of some benefit, and a very small chance of increasing risk. We should not be comparing the perfect case of a well-trained medical professional with an N95 mask to the average citizen making a trip to the store (for essential goods!) wearing something protective, just in case someone coughs near them.

There’s now a global call for #Masks4All, and here are the Western Cape Government guidelines on masks, including instructions for making your own mask.

Modeling and its limitations

The often-contrarian epidemiologist John P.A. Iaonnidis published a piece on the limitations of what the testing data tell us, and more importantly, how we should be aware of optimism bias when seeing what look like promising data, because we might infer a death rate that is completely skewed.

He also raises important hypothetical questions regarding the dangers of responding in a “prepare for the worst” sort of way, because the (obvious) economic damage might outweigh the health risks, given that the latter are largely speculative until we have enough data.

Some, including his colleague Marc Lipsitch, read him as suggesting that we are over-reacting. Today, I received one of those “that aged well” Twitter replies from a stranger, from when I tweeted the piece (more than two weeks ago). But he was not suggesting that at all – he was asking us to continue being vigilant regarding following the evidence, and shifting policy in response, rather than giving into panic.

Especially now – when facing a pandemic – but always, we should allow for thought-experiments and abstract reflections on what we are dealing with, because it’s exactly when we are in crisis that we are prone to overreact. And, one way of overreacting is to read everything too literally.

The value of life: who lives and who dies

Speaking of thought-experiments, philosophers have been talking about the “trolley problem” (at least) since 1967, when Philippa Foot published “The Problem of Abortion and the Doctrine of the Double Effect” (pdf).

The nutshell version of the trolley problem is that it asks you to consider the dilemma between choosing an action that interferes with an established course of affairs (for example, diverting a train/trolley so that it goes down a track and kills one person, rather than the five it would have done without interference), and not interfering, in which case the five die, but its arguably not your fault, whereas you caused the one death by interfering.

The way this relates to coronavirus is that even smart people have been saying things like this:

Should doctors be allowed to decide who lives and who dies? For example, taking the only available ventilator from the older, sicker patient likely to die and giving it to the younger, healthier patient likely to survive? (from todays new york times)

To which one answer might be: of course doctors should be allowed to decide. Not only because they are best placed to know what resources they have available, and where those resources can be deployed to maximise survival and minimise suffering, and because that’s what they always have done.

You and I don’t have the training, the knowledge, or the emotional distance from these decisions to be able to make the correct choices, and this is true even if doctors can get it wrong. They’ll still get it right more often than we will.

Moral grandstanding around doctors “playing god” in cases like this serves no purpose, as bioethicist Thomas Cunningham correctly argues in this letter addressing a Wall Street Journal op-ed by historian Allen Guezlo. As he points out:

We need reasonable, thoughtful people to educate the public on why triage is necessary, how everyone who works in hospitals is frantically trying to avoid using it, and how government officials and lay public might help. And this education needs to be done in ways that work against the backfire effect, which is likely to manifest strongly if we enter into triage conditions and the public learns more about the work.

Deciding who lives and who dies is certainly a horrible dilemma to face, as is the general question of how much a government should spend to save a life (the answer cannot be “as much as it takes”, because saving the one life you’re dealing with now can mean not being able to save five lives tomorrow).

The best way that we (laypeople, rather than medical professionals) can help with these choices is a) to avoid laying an extra emotional burden on doctors by speaking as if they are killing us without thinking of the costs; and b) to give them all the information we can to help them make an informed choice, as this Slate piece argues in reminding us that a living will could be enormously helpful to the medical profession when treating us.

I have a living will – and even though doctors are not legally obliged to follow its directives in South Africa, many of them nevertheless do so. It doesn’t cater for coronavirus, but I’ll say here that if I – an almost-50 year-old smoker, with no dependents etc. – am on a ventilator that could instead be used on a capable virologist who is also the mother/father of three children, you have my blessing to disconnect me.

Other interesting bits and pieces

Ed Yong (Atlantic), who warned of this exact scenario in 2018, on how the pandemic might progress (and eventually end). If you like podcasts, he’s also on an episode of Fresh Air with Terry Gross talking about this.

Amanda Hess in the New York Times (paywalled) on the increasing irrelevance of celebrity culture and influencers in a time of social distancing.