How Africa is Handling the Coronavirus Outbreak 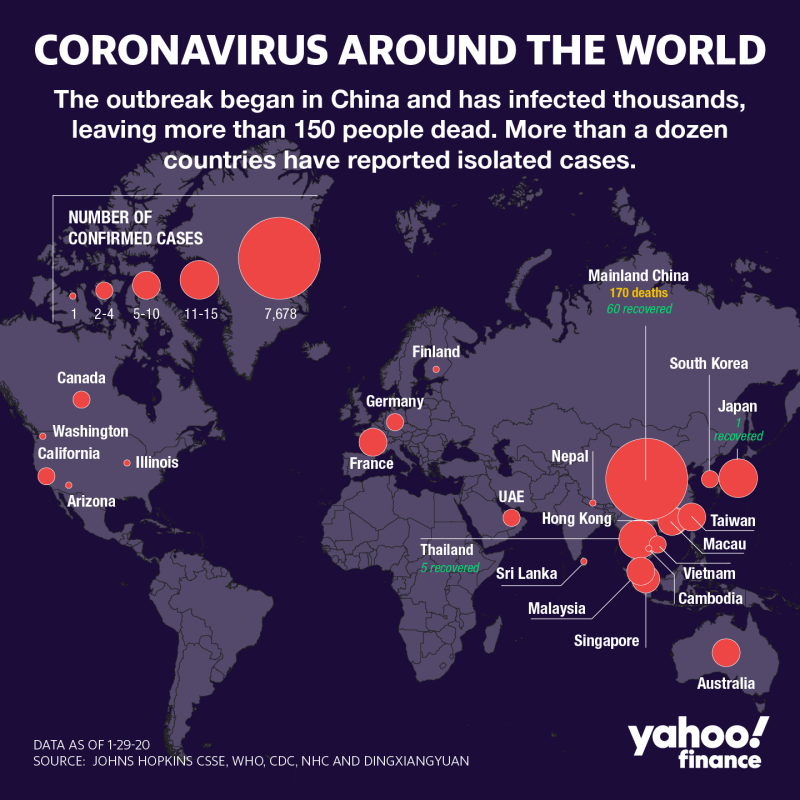 Outside China, Thailand has reported 14 cases of infection; Hong Kong has eight; the United States, Taiwan, Australia, and Macau have five each; Singapore, South Korea, and Malaysia each have reported four; Japan has seven; France has four; Canada has three; Vietnam has two; and Nepal, Cambodia, and Germany each have one. There have been no deaths outside China.

Because of the vibrant trade relations with most of Africa’s countries, there is a growing fear that African countries might soon find themselves in the list of countries with confirmed infections. So far, there have been suspected cases in Ethiopia, Corte d’Ivoire, and Kenya. None of these have turned out positive.

What are African countries doing to combat the virus that has now been declared a ‘global emergency’ by the WHO?

Côte d’Ivoire is one of the countries that has had suspected cases of Coronavirus in Africa. The first case reported on the 25th of January was of a 34-year-old woman who was traveling from Beijing, China and presented flu-like symptoms on arrival at Abidjan airport. The patient was quarantined and further tests have since revealed that it was a mistaken case.

The government has since embarked on a public awareness campaign aimed at educating the population on what to do to protect themselves from the disease.

The government also announced the strengthening of health control at the airport, sea and land borders.

Ethiopia is another country with increasingly close ties to China that has now embarked on screening flights from countries with proven cases of coronavirus contraction. The BBC reported up to four people suspected to have virus have been put in isolation in Addis Ababa. Three of the people were students from universities in the Wuhan area. Two fever testing areas have been constructed at Bole International Airport and two hospitals in Addis Ababa remain on standby for potential cases.

The four cases have since been confirmed as false alarms.

A Kenya Airways passenger who arrived in Nairobi on Tuesday afternoon on a flight from Guangzhou displaying flu-like symptoms is the first suspected case of the Wuhan originating coronavirus in East Africa. The patient is currently being quarantined at Kenyatta National Hospital in Nairobi.

Kenya’s Health Minister Sicily Kariuki, says that the test results of the suspected case have been flown to South Africa for further analysis which will assist the government in coming up with guidelines on how to conduct the tests going forward.

Kenya’s flag-carrier Kenya Airways on Friday announce suspension of flights to and from China.

Cameroon officials are stressing to their citizens to observe good hygiene practices as a way of preventing possible spread of the disease in the country. Even though no case has been reported in the country so far, the government has also announced that it has increased surveillance in the country.

At the moment, Cameroon is also grappling with an outbreak of cholera which has so far caused several deaths in the country, and as such the coronavirus is not that much of great concern to the population there.

Uganda has so far had what many consider the most outrageous response to the coronavirus crisis. Local media houses reported that the government advised Ugandan and Chinese nationals in China against traveling back to Uganda.

Nigeria Centre for Disease Control (NCDC) – the agency mandated to regulate and manage such epidemic or disease outbreak in Nigeria, is currently coordinating a multi-sectoral technical group that is assessing and managing the risk of importing Coronavirus into Nigeria, as well as making preparations for early detection and response.

NCDC is also working in collaboration with Nigeria’s Port Health Services Unit of the Federal Ministry of Health which has also heightened screening measures at points of entry.

In addition to automated thermal screening at points of entry, travelers from China are questioned if they are feeling unwell and their travel history.

These measures were put in place so as to prevent the importation of the virus into country by several Chinese based in Nigeria, most of whom had traveled home to celebrate their Lunar New Year.

Many other African countries including Zimbabwe, Togo, Burkina Faso, and Tanzania are carrying out mass public awareness and education campaigns with the aim of informing the public on how to prevent infection and spread of the disease.