Zambia Closes Border With Tanzania Over Fears Of Imported Cases 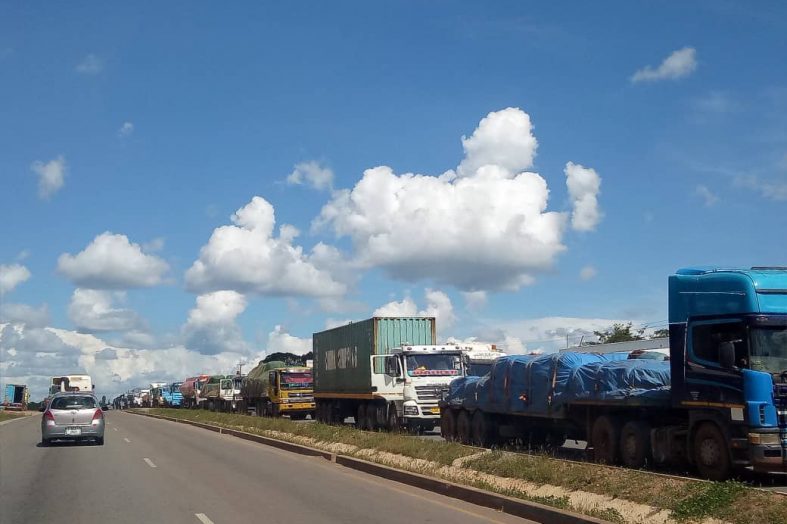 Countries neighboring Tanzania are increasingly becoming worried about cross-border transmission of COVID-19, as the country chooses an unpopular strategy in its COVID-19 response. Tanzania which has so far recorded 509 cases has not been very transparent with their numbers as their results have not been regularly published as other countries around them are doing.

President Magufuli has questioned the validity of results coming from the national laboratory terming them as “faulty.” With the country not taking any serious steps to contain the spread of the disease despite reports of deaths and night burials in the capital and other cities, neighbors are becoming more worried, and Zambia has moved to close its border with Tanzania.

Others included 31 Immigration, customs and clearing agents, 13 sex workers and lodge workers, two health workers from Nakonde District Hospital, and four people who came in touch with a Zambian couple which had traveled to Tanzania and tested positive two weeks ago.

During a press briefing, Health Minister Dr. Chitalu Chilufya said starting Monday, no vehicle will be allowed to enter or leave Nakonde to allow for massive screening and retraining of health and border personnel.

“We are temporarily closing the border at Nakonde and we will ensure that we screen everyone. We are also enforcing a Stay Ay Home order in the town so that we deal with the virus,” said Dr. Chilufya.

The Minister revealed that Corona Virus cases in Nakonde are likely to increase as more samples have been collected from the border town.

“We have picked up a number of samples from there and tomorrow we will be announcing the results. We are still doing validation for those samples and I urge the public to be patient. However, stay away from Nakonde, don’t go there,” he added.

Nakonde is a busy border town between Tanzania and Zambia.

On a daily basis, about 1,000 vehicles cross either side of the border, mostly trucks plying the Dar Es Salaam – Lubumbashi route which feeds the mines in the Democratic Republic of Congo with equipment and fuel from abroad.

Zambia’s Ministry of Home Affairs will be sending more Police officers to Nakonde to support the response by the Ministry of Health.

Late April, Ugandan President Yoweri Museveni called his East African counterparts who included Tanzania’s president on streamlining cross-border activities in light of COVID-19. The response from Tanzania has however been largely disapproving of the seriousness with which the rest of the states were taking the issue. Despite closing its schools, Magufuli has insisted on keeping the economy running peacefully.

Uganda which has one of the lowest numbers in the East African region has most of its new cases imported from Kenya and Tanzania. Uganda is currently under a total lockdown with only essential services providers allowed to move freely.

It’s still not clear whether these actions by neighbors will force Tanzania to take more serious steps in containing the spread of the disease within its borders, and what impact that will have with regional ties as Tanzania is a member of the East African Community, the Southern Africa Development Community, and the Common Market for East and Southern African States.