Home » Coronavirus » Politics In A Pandemic: The Rationality Of Restrictions

Politics In A Pandemic: The Rationality Of Restrictions 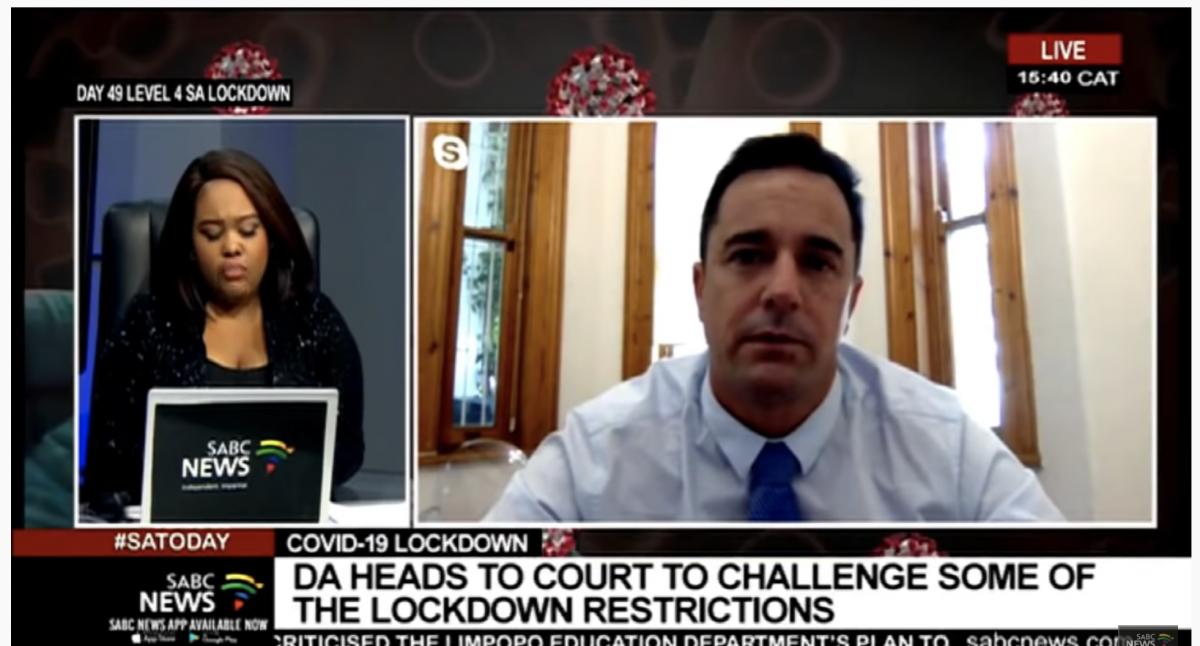 South Africa has been under lockdown for seven weeks now, in what seems to be one of the most restrictive Covid-19 lockdowns anywhere in the world. And while most people I talk to still support the lockdown in general, there seems to be increasing dissent regarding some of its regulations – even outside of the Twitter echo chamber of outrage.

You don’t need to post on Twitter to be outraged, though. Just ask Dean Macpherson, Democratic Alliance MP, whose press statement on Wednesday (responding to Minister Ebrahim Patel’s list of what clothing you can and cannot buy) responded to three of the restrictions as follows (emphasis added):

You can buy shirts so long as they are promoted “to be worn under jacket coats and/or knitwear” which is ridiculous and insulting to South Africans’ intelligence;
You may only buy crop bottom pants so long as they are worn with boots and leggings which is just ridiculous;
And finally, you can only buy “closed-toe” shoes which is just laughable.
While it’s clearly unlikely that there will be anyone left unconvinced by such robust argumentation, I’ll nevertheless add a few notes here on some of the regulations, in the form of an expanded version of the comments that are captured in this Rebecca Davis article in Daily Maverick.

As a general point – which has been made by many others too – regulatory responses are of course in part driven by the conflict between economic and health interests (which are in themselves obviously interrelated).

Nevertheless, while our State of Disaster regulations allow for mitigating health risks (and where any prescription ostensibly aimed at this purpose can be independently criticized), they do not explicitly allow for general restraints of trade that do not serve this function.

The burden of proof for limiting any sales, of any product, should to my mind be on the state and justified by its role in limiting Covid-19. If there is no health interest in selling or not selling a particular good, the default position should be that it can be sold.

Negotiations – whether with trade unions or retailers, as we have been told preceded this announcement – on what may be sold do not obviously serve to inform what should be health-driven considerations.

An exception might be something like cases in which crowds cannot be controlled, but that problem is one that you can address on a general level (through measures such as limiting the number of people who can be in a store per hour), rather than trying to do so via limiting/prohibiting the sale of particular goods.

The particulars of the restrictions regarding what clothing can be sold or not are puzzling, as I cannot see any justification – health-related or not – for those particulars.

First, they are impossible to police, and regulations that cannot be enforced are a clear sign of those regulations being irrational. Requiring a retailer to advertise a t-shirt as exclusively for use as an undergarment will not impact on how people wear them, and how people end up wearing them is not clearly linked to controlling the spread of Covid-19.

By contrast, if it were (for example – this is not a scientific claim) suggested that “keeping warm” is an effective safeguard against Covid-19, that should be the public message, accompanied by guidance regarding wearing such clothing as undergarments.

Without such motivation, regulations such as this simply serve to erode public trust in the state response. Furthermore, the strange specificity (for example, the inclusion of bodysuits) simply encourage uncertainty for both consumers and vendors, while creating a clear impression of the rules being either arbitrary or serving the interests of particular market sectors.

It is not clear to me at all that these particular restrictions will limit foot traffic in stores, because citizens are not currently permitted to organize or attend social gatherings, in any event, so they would have no reason to choose to buy anything other than clothes that are purely functional. Furthermore, general crowd-control measures would subsume this problem in any event.

Restrictions on e-commerce (lifted on May 14)

This never made sense, so it’s good to see that the restrictions were rescinded yesterday, where e-retailers are now allowed to sell anything besides tobacco products and alcohol.

It never made sense because it required us to accept a false dichotomy, in that many stores operate somewhere in the spectrum between brick and mortar and e-commerce, having a physical presence but still delivering (without being asked to account for what percentage of their sales are generated by foot traffic or e-commerce).

On the stated motivation – that e-commerce amounts to an unfair competitive advantage over brick and mortar stores – Pick and Pay and Checkers being allowed to deliver would also prejudice the interests of the small grocery store or spaza shop that does not have an app or a delivery team – so why were they allowed to do so, while a pure e-commerce store could not?

While I can understand part of the motive with a decision like this – namely that of protecting smaller brick and mortar stores – it’s unclear how e-commerce stores can in effect be asked to subsidize the survival of those smaller stores.

State intervention in protecting retailers would ideally be agnostic in respect of details such as this, allowing anyone to trade (assuming health risks are not inflated by doing so), and providing as much universal support as the focus allows.

Given that e-commerce stores would, on the face of it, contribute to lower health-risks, this regulation does not appear rational, but rather in service of protecting a certain sector at the expense of others.

On only permitting the sale of “essential items”, which do not include e.g. children’s toys

Limiting which goods are allowed to be on sale might be justified if it could be argued that selling a certain good would bring people into a retail environment who would otherwise not be in that environment, thereby possibly increasing the spread of Covid-19.

This is, however, a difficult case to make for some of our restrictions, as it seems to me unlikely that the number of people who head to a store to buy (for example) toys and games is anything more than negligible.

So, the public health benefit would also be negligible, while coming at a significant cost in terms of both making regulations appear arbitrary (decreasing public confidence and thus buy-in to the state response), and also to the wellbeing of children and their parents, who have been trying to keep said children entertained for nearly two months now.

I must admit to being somewhat exhausted by the lack of sympathy some are showing to President Ramaphosa, who is likely in meetings for 18 hours a day, and trying to wrangle a treacherous bunch of self-interested (and sometimes incompetent) Ministers into an agreement.

So unlike others, I really can’t bring myself to be upset about him again being late for his speech the other night, nor for the fact that it didn’t tell some people what they wanted to hear.

First, the speech was not content-free – it reiterated the challenges we are facing, specified an end-date for the current lockdown phase (in most parts of the country), and admitted that corrections to the regulations need to be made (which was followed, the next day, by the lifting of the e-commerce restriction).

Yes, I also thought he might have addressed us earlier, but you and I both know that if he had – without saying anything crowd-pleasing – everyone would be criticizing him for “taking no action”. And if he doesn’t speak, we criticize him for that. He cannot win. But he could still have done better, as Eusebius McKaiser’s column in the Mail&Guardian pointed out today.

One man who thinks he can gain an upper hand in the communications battle here is interim DA leader John Steenhuisen, who stepped up to the microphone at exactly the scheduled time yesterday, to announce immediate court action regarding the restrictions on e-commerce (rescinded the same day), permitted exercise hours, and the night curfew.

It’s good to be on time, don’t get me wrong. However, the speech itself suffered, in my view, through being delivered in Steenhuisen’s characteristically pugnacious style, which easily lends itself to being interpreted to say that Ramaphosa is betraying our interests and that you need to punish him for that.

And while that might well be true, it’s again mostly a simple appeal to an anti-ANC base, buttressed here by fear of bankruptcy and/or death, rather than coming across as a confident (and compassionate) display of superior health and economic policy.

In conclusion, and speaking of that style of delivery, here’s an interview Steenhuisen gave yesterday. I think he was asked some stupid questions – or maybe, some questions which might have been deliberately stupid, in order to provoke him into reacting the way he did – but this was again a missed opportunity to defeat suspicions that for Steenhuisen, Covid-19 is just another opportunity to “Fight Back”, rather than to show independent and original leadership.