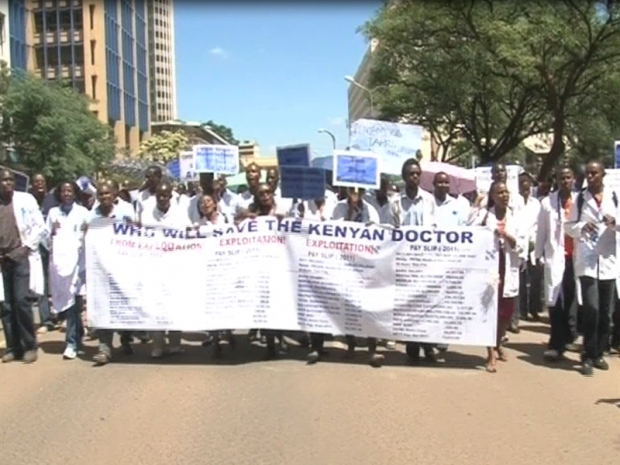 Kenyan doctors have been away from public hospitals for about one and a half months now. The strike was occasioned by a 4-year-old Collective Bargaining Agreement (CBA) that the government failed to honor, claiming the economy could not afford it. The doctors holding on to their point that if the government curbed corruption and focused public spending on priority areas, finding the money to implement the CBA would not be a problem.

Attempts by the government to persuade the doctors to go back to work have not been successful. Neither have the threats thrown their way including those of dismissal and arrests of union leaders.

As the standoff continued, tens of Kenyans have died. Families have been forced to move patients from public health facilities to private hospitals charging exorbitant fees. The government resorted to painting the doctors as selfish practitioners who cared more about money than the sanctity of their calling to protect lives.

As a Christian, I believed that Jesus was the greatest doctor of all time but I never saw a single time he refused to cure anyone because he was not paid,

said Kisumu Governor Jacktone Ranguma who chairs the Health Committee of the Council of Governors. In Kenya, health is managed by the various county governments. The doctors have however come out to explain to Kenyans that their strike is about more than the 300% pay hike and are now challenging the narrative advanced by the national and county governments.

Using the hashtag #MyBadDoctorExperience the doctors explain the conditions they work in at some of the public health facilities.

Waiting all day to perform an emergency surgery because there are few theatre rooms and multiple emergencies in wait. #MyBadDoctorExperience

In an attempt to end the impasse’ the government offered the doctors a 40% pay hike which the doctors rejected, and they explain why.

At times the dire situation at the hospitals directly puts the doctors’ lives in danger.

With the hashtag trending at number one for the better part of Monday this week, the doctors appealed to members of the public to understand their plight and see that the CBA actually works in the favor. Whether public good is at the heart of this standoff is a completely different debate, what we can however not underscore is the fact that a lot more still needs to be done towards guaranteeing Kenyans with better healthcare even beyond the strike.

That will start with setting our priorities right.

Husband is the president; Wife runs to raise billions for MOH, sister loots billions from MOH. Recipe for #MyBadDoctorExperience