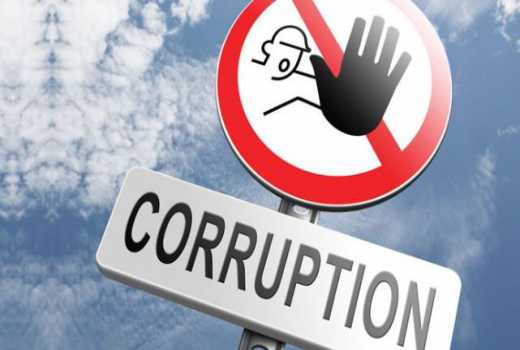 For the first time in independent Kenya’s history, the country is seemingly tackling corruption in high places. Over the past few months, senior government officials who include Governors, Principal Secretaries and Parastatal CEOs have been arraigned in court to face corruption charges. Some of the senior officials and well placed businessmen are still being held in remand prisons after they failed to meet the stringent bail terms.

President Uhuru Kenyatta in May cautioned those implicated in graft against using their communities as a defense for their crimes.

-President Uhuru Kenyatta at a public rally in Nairobi in May 2018.

President Kenyatta even went a step further to say that he is ready to have is own brother sent to prison if it turns out that he was involved in illegal importation of sugar to the country.

There are no sacred cows in the war against graft. If my brother is guilty of any corruption offence let him be charged and face the law like any other Kenyan. There should be no reason for anyone to stand in the path of fighting this beast.

– President Uhuru Kenyatta speaking at the American Chamber of Commerce Summit in Gigiri in June 2018.

President Kenyatta was always not talking this tough on corruption. During his first term as president, some of Kenyatta’s public statements portrayed a leader who had given up on the fight against corruption, complaining about the vice happening inside his own office.

I give a directive for action on corruption cases within three months and I’m told you don’t have the powers to do that. What do you want me to do?

– President Uhuru Kenyatta during a Statehouse Summit on Corruption & Accountability in 2017.

The president however seems to have changed tact since the March 9th handshake deal with opposition leader Raila Odinga. Corruption in government was one of the opposition’s main campaign topics as they sought to unseat President Kenyatta in the 2017 elections.

The “handshake deal” among other things merged the development agendas the government and opposition had for the country with the fight against graft seemingly being a common objective. But with the details of the deal not being public, there has been heightened speculation about the contents.

Opposition leader Raila Odinga embarked on a “charm offensive” mission reaching out to politicians and political groupings hitherto seen as rivals. Among those he visited was former president Daniel arap Moi whose son Gideon Moi has interests of succeeding Uhuru Kenyatta. This move was seen in political circles as an indication that sidelining Deputy President William Ruto in the race to succeed President Kenyatta could have been one of contents of the deal between Kenyatta and Odinga.

While President Kenyatta and his Deputy William Ruto worked closely together in his first term, showing up in public in matching outfits and all, things have not been rosy between the two since the handshake. The President has even on several occasions fell short of publicly embarrassing his deputy.

This background is important because many have argued and it’s also beginning to look like the current anti-corruption campaign is targeting isolating the Deputy President and portraying him as a corrupt leader.

I am by no means saying that the Deputy President is not corrupt. His public lifestyle leaves us with so much queries regarding his source of funding. In the last six months alone, Mr. Ruto is reported to have spent more than Ksh. 60 million in fundraisers – this is more than eight times his salary over the same period of time, but we will get back to that in a bit.

Even though the President warned that the current war against corruption should not be politicized, it’s selective application screams more of political motives than an honest fight that should be supported by all Kenyans of good will.

The main scandals currently being investigated or prosecuted in Kenya involve the National Cereals and Produce Board (NCPB), Kenya Pipeline Corporation and electricity distributor Kenya Power. These are state bodies whose top brass were selected by Deputy President William Ruto’s side of the coalition. Their chief executive officers have since been suspended as the judicial process continues.

While at face value that looks like an effort that should be supported, it looks quite different when observed through a different set of lenses – Kenyan politics. Kenyan politics is an expensive affair with reports showing presidential candidates spending up to Sh. 15 billion (aprox USD 150 million) to secure a win. Most of this money is usually not from very straight forward sources. When government appoints leaders to various departments, one of the deliverables of such head of departments or state corporations is usually to find a way to divert some of the department or corporation’s budget to the appointing authority.

This is the money some of these politicians use in putting up multi-million investments or spend in colorful political campaigns that involve branded helicopters, fleets of top of the range vehicles, buying media space and hiring firms such as Cambridge Analytica to influence perceptions.

A clever way of stifling political competition would be as simple as blocking a candidate’s source of funds. In this case the purge could be interpreted as an attempt to block William Ruto’s source of campaign funds – whether clean donations or dirty money hived from budgets of some of these state corporations. Perhaps this explains our earlier question on how the Deputy President is able to donate money worth eight times his earnings in just six months, but he has been doing that for much longer.

So what is the problem with that?

For a country that has for a long time fought with this beast called corruption, a selective application of the law is not what we need at this time. Kenyans need a genuine anti-corruption crusade that they can all support. I am reminded of January 2003 when the National Rainbow Coalition took over the reigns of power from President Moi who had presided over the pillage of public funds for more than 24 years. There was a renewed sense of home among Kenyans. They would carry out citizen arrests of police officers or other public officials caught taking or asking for bribes. That support died when politicians around former President Mwai Kibaki formed new cartels to siphon public funds.

This background is important because even as we are having a purge at the top level of government, the ordinary citizen has not bought in. They still watch traffic police officers turn our roads into tall stations, they still willingly pay bribes to access government services – because they do not believe the purge is genuine.

To put this into perspective, people around President Kenyatta have been accused of corruption too but there has been no action against them. In 2016 his kin supplied the Ministry of health with shipping containers that were to be turned into clinics at exorbitant prices, they were even paid before delivery of the items contrary to practice in similar government procurement.  The scandal at the Ministry of Health at that time was valued at Ksh. 5 billion (aprox USD 50 million) but no charges were ever brought up against the then Principal Secretary in the Ministry of Health, Nicholas Muraguri a close confidant of the President. In a separate scandal, the National Youth Service lost Ksh. 9 billion in 20015/16 when Anne Waiguru was Minister for Devolution and Planning. Even though she was forced to leave office, no charges were brought up against her. Today she is a Governor.

Dr. David Ndii an economist and former opposition strategist explains this in a tweet published over a month ago:

Why target NCPB and not health scandal? Why Tanui (Kenya Pipeline Company MD) and not Muraguri? Uhuru is fighting Ruto not corruption, What we need is political reforms so that we can vote thieves out of office. What we need is a transitional government to oversee reforms.

While the Deputy President’s lieutenants are shouting from the rooftops about “their people being targeted”, William Ruto has kept off that conversation and in the few instances he has been forced to speak about it during media interviews he has portrayed the ruling Jubilee Coalition as a “united house” whether those comments are merely PR statements or indeed he is working with the president in fighting graft remains an issue only time will tell for sure.

One thing is certain though, that Kenya needs to firmly deal with corruption, but it needs to be a sincere fight not laced with political undertones for all Kenyans to buy in. If we see people around the Deputy President being arrested and taken to court we also want to see those around the President and Opposition leader also taken to court to face charges on corruption where there is evidence of the same. We would like to see an open conversation of how Kenya’s first families since independence and the political class acquired the vast wealth they have accumulated. When that happens, the ordinary citizenry will join in and fight corruption at their level.