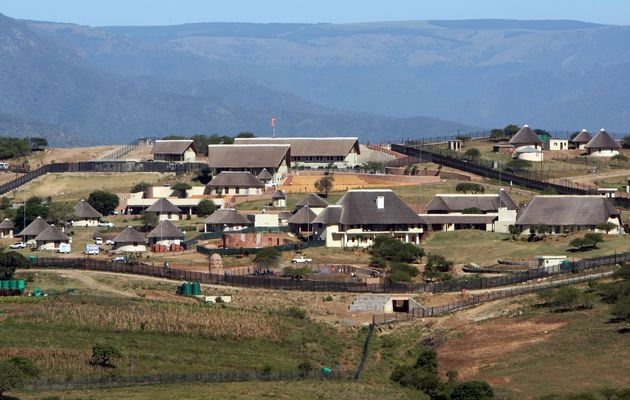 Moral debates are not settled in courts. The law can be profoundly immoral, if it is written and practiced by those who want to defend immorality, or those who are not aware of what their moral responsibilities are. For one, it can defend things that are immoral (for example, by prohibiting gay marriage), and second, it can be silent on moral issues that should be prohibited by the law.

This, in short, is why engaged citizens, who are concerned for the welfare of their country, should neither be complacent about the role and reach of the law, nor of their ability to shape the conscience of a nation and its leaders. Unfortunately, too many South Africans have, for far too long, accepted easy answers to genuine moral dilemmas through a reliance on “Rainbow Nation” rhetoric and the seductive guile of identity politics, where views can sometimes be accepted or dismissed based simply on who it is that is expressing those views, whether it be someone of the “right” race, gender or political affiliation.

Having said that, our courts offer a fairly consistent, and regular, affirmation of the strength of our democracy, in holding political power to account for breaking the law. The Constitutional Court ruling on Nkandla was such a moment, and it offered South Africans a moment to celebrate a strong and responsible Supreme Court that rose to defend the Constitution in more robust terms than many of us might have expected.

Our highest court has now affirmed that South Africa’s President, Jacob Zuma, has “failed to uphold, defend and respect the Constitution as the supreme law of the land courts & constitution”. The same is true of our National Assembly, in particular those members who have remained silent in the face of President Zuma’s clear disdain for the rule of law.

As Justice Mogoeng puts it, in the unanimous judgment of the Constitutional Court,

the nation pins its hopes on [President Zuma[ to steer the country in the right direction and accelerate our journey towards a peaceful, just and prosperous destination, that all other progress-driven nations strive towards on a daily basis. He is a constitutional being by design, a national pathfinder, the quintessential commander-in-chief of State affairs and the personification of this nation’s constitutional project.
It cannot now be more clear that President Zuma is entirely unfit for purpose. The remaining questions revolve around what we do about that fact. Both the Democratic Alliance and the Economic Freedom Fighters have indicated that they will seek impeachment, with the DA releasing its call for impeachment just moments after Justice Mogoeng had finished delivering his judgment.

But impeachment will fail – leaving aside the question of whether the judgment is, in fact, grounds for impeachment, a matter which the Constitutional Court still needs to clarify at time of writing. It will fail for two reasons. First, because any decision that requires a two-thirds majority in the National Assembly cannot be led by a triumphalist DA, reeking of an anti-Zuma agenda – rather than one that seeks foremost to defend the Constitution – but instead requires a broad coalition of MPs – including a significant number of ANC MPs – as well as civil society.

Second, and as a demonstration of the first point, the DA’s recent (and, second) attempt to have a motion of no confidence passed with regard to President Zuma was defeated by 225 to 99 votes. 267 Members of Parliament would have to vote in support of impeachment, and there are only 151 opposition MPs. Impeachment is also a far more serious matter than a motion of no confidence, in that if impeached, President Zuma will lose all the privileges of office, in perpetuity, making it even less likely that ANC MPs would defect and join the opposition vote.

When a no confidence motion fails so comprehensively, an impeachment debate can offer us nothing but another opportunity to hear Mmusi Maimane tell everyone what we already know – that President Zuma is entirely unfit for purpose.

In an ideal world, President Zuma would resign, as would Speaker Mbete, Cedric Frolick and a host of other ANC MPs who seem to have had their consciences surgically removed. In a slightly less ideal world, but a nevertheless desirable one, the National Executive Committee of the ANC will meet and decide to recall President Zuma. To not do so, in light of this judgement, is also an indication of lack of conscience, and a comprehensive disregard for the welfare of the country and the Constitution.

As EFF leader Julius Malema said today, retaining Zuma as President makes a mockery of our (or any) democracy. And, if neither of of those two ideal-world scenarios plays out, us voters have an opportunity to make a mockery of that democracy ourselves, or to affirm it. If neither the President nor the NEC cares enough for democracy and the Constitution, it’s time for voters to put their cross in a box of someone that does.