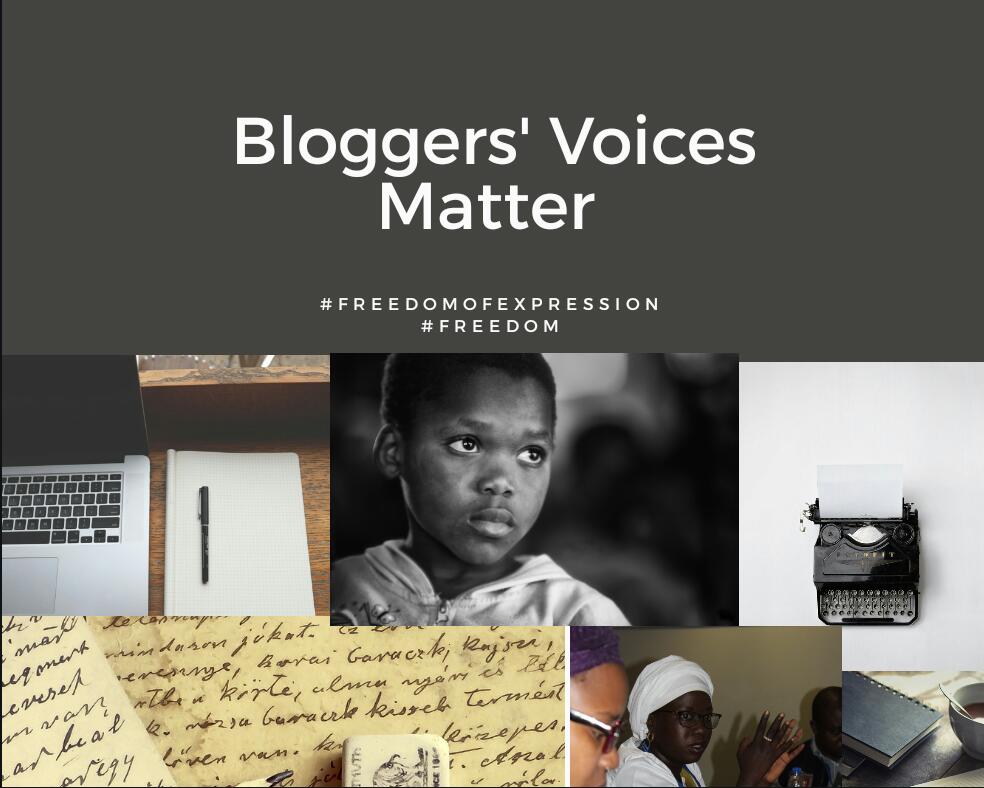 It has been a rough couple of months in East Africa for bloggers and people that use the internet as a way of expressing themselves.

attack on Freedom of Expression.

Uganda as of yesterday read it’s 2018/2019 Budget which comes to effect the new Excise Duty Policy that will have Ugandans paying Social Media Tax!

We have known for awhile about the Tanzania  situation.  Beginning today 15th June 2018, new regulations  on the use of the internet,  will come into force..

“Anyone operating an independent online presence in Tanzania will have to pay a licensing fee equivalent to an average year’s wages, and submit to a harsh set of censorship rules, as well as an obligation to unmask anonymous posters and commenters, with stiff penalties for noncompliance.”  Read More.

It is against  this background that Bloggers from all over Africa have come together to voice their opinions in support of Tanzania’s bloggers but also Freedom of Expression on the continent. Tanzanian Bloggers continue to explain what this really means for freedom of speech as all the leading independent online platforms today go dark. : Read More here

The statement  by African Bloggers is as written below :

An African Bloggers Statement on the Situation in Tanzania

We, the undersigned bloggers , based in East, Southern, Central and West Africa, committed to the universal and continental right of all Africans to the rights of freedom of expression, access to information in tandem with the important right of all to access the internet;

From an African perspective, Tanzania , long considered on the African continent as a beacon of freedom dating back from the days of our own liberation struggles against colonialism through to being at the heart of the freedom solidarity under the auspices of the Organisation of African Unity (OAU), now known as the African Union (AU), is regrettably setting an undemocratic example to the rest of the continent.

This , against the globally valued tradition of African solidarity in pursuit of not only democracy but also social and economic justice beyond its own borders and at great national sacrifice to its own people,

As African bloggers we consider it tragic and unfortunate that Tanzania has now decided to limit the same freedoms that the greater majority of Tanzanians and Africans historically value and have come to achieve.

“We therefore strongly urge the Tanzanian government to repeal repressive provisions in the Electronic and Postal Communications (EPOCA) (Online Content) Regulations, 2018 and other related online content laws which we believe only serve to undermine freedom of expression, access to information, and media freedom.”

Not only in the spirit of African liberation of old but more significantly in pursuit of a democratic future of all Africans. Regardless of age, political persuasion and ethnocentric origin.

We call upon the African Union, the East African Community (EAC) and the Southern African Development Community (SADC), Economic Community of West African States (ECOWAS) to strongly urge the government of Tanzania to reverse its decision. And that new policies on access and use of the internet and its offshoot become more democratic not only for bloggers but for every African citizen that already has or would have access to social media or the internet.

In the words of the legendary liberation struggle African icon, Kwame Nkrumah, ‘Africa must unite!’ As bloggers we add the following phrase, ‘Africa must unite in pursuit of democracy, human rights , social and economic justice.’

There is also a petition to be signed. To take part: SIGN https://secure.avaaz.org/en/petition/Africa_AU_UN_In_Defence_of_African_Bloggers_Petition/?cWqxknb