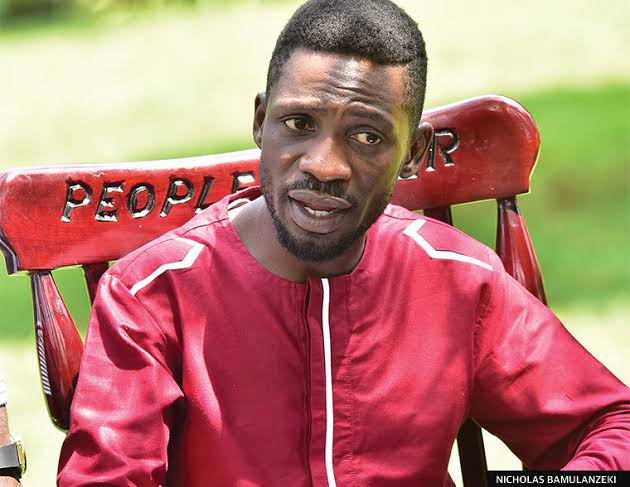 The countdown to 2021 in Ugandan elections is on. Amendment to laws have been made and campaigns are already in full gear. NRM, the rulling party has already announced it’s candidate.

Bobi Wine aka Robert Kyagulanyi has also said he intends to run.

On Thursday last week, the well known musician turned politician appeared on a local TV’s prime time Politics Talk Show. Bobi Wine was interviewed on NTV by Patrick Kamara. I did not watch the interview. I haven’t had the courage to sit and watch TV in a long time, because I suffer from mild anxiety, and this country + the world these days will send one into a such a state.

Seriously though, gone are the days when watching TV news was the highlight of my evening. I woke up to the banter the next morning. WhatsApp statuses had things like: glad I watched OnTheSpot last evening. Then the clips followed.

Bobi Wine was asked about fiscal policy to curb inflation. He replied with scrapping of the OTT tax. When asked if this would help grow the GDP, he answered: with quoting a Guardian Report that talks about 2 million people being kicked off the internet because of the OTT tax and because Uganda has a huge un employed youth, they are self employed by use of the internet.

Rookie answers that have the online/social media elite shredding him online – how can you say you are running for president when you cannot answer a question about the economy; nd so there have been warring sides about whether he should be taken seriously or not.

These recent events have brought me to a couple of issues.

Populism rarely leads to sound policy & governance. Especially if the candidate is a novice at it. This isn’t to he couldn’t rise to said occasion with the right cabinet. Proceed with caution.

Bobi Wine has the star power to win the popular vote but his policy positions need to be fleshed out. If we saw transition from Museveni as a collective project, those who have spent years critiquing NRM & suggesting alternative policy, would hitch their wagon to his star.

Bobi Wine doesn’t belong to a party. But he is building a movement which has become very popular amongst young people – People Power. He has become so popular after winning a seat in Parliament and he wants to run for President in 2021. FDC, the leading Opposition Party, is not that popular in some areas anymore – but are people identifying with People Power. Consequently, they vote for anyone endorsed by Bobi Wine. This is what happened in Arua, with Kassiano Wadri winning the by election while in prison with Bobi Wine.

But every time I think about Populism, I remember my last two visits to Tunisia. I saw empty streets, rundown infrastructure and young people trodden down. Young leaders that were part of the Arab Spring are mostly still in Prison. The very young people then who are now speaking on behalf of youth say the uprising didn’t achieve much but rather brought more issues with it. I think about that and wonder if we know what a revolution means. James Omen sums up this sentiment for me, pretty well.

1. It seems some of the criticism is starting to sting. That’s good. But maybe instead of doubling down in his own sense of grandeur, he should spend a few weeks off the cameras, and spend time developing attractive policy ideas and a better understanding of policy and systems.

5. Everyone assumed that the “Arab Spring” would bring change to N African countries. But the new regimes are even more repressive than the old ones! Just because you want to usher in change it doesn’t mean you should be blindly supported.

Bobi Wine has the star power to win the popular vote but his policy positions need to be fleshed out. If we saw transition from Museveni as a collective project, those who have spent years critiquing NRM & suggesting alternative policy, would hitch their wagon to his star.

So far Bobi Wine has managed to do one thing – identify as part of the opposition. But has failed to join hands with other older folks in the struggle against Yoweri Museveni’s regime. Uganda‘s opposition is so fragmented that it makes me wonder if it’s just not a group of careerists.

I know a few people that were depressed for a while after the 2016 fail of TDA – the would be alliance of the opposition. I would like to see more wholesome alliances built towards 2021. It would be great to see all of the opposition work together. But first they need to first agree. I wonder if Bobi Wine thinks about this.

The truth is that we all want new leadership. We want to be excited about the State of the Nation ddress, New Year’s address and listen to speeches starting with something else other than, “when we were in the bush”. But we also need to be very smart about how we go from here.

My friend and mentor Brian Kagoro always reminds us of a Martin Luther King Jr saying:  “Those who love peace must learn to organize as effectively as those who love war.” We cannot be selfish about the liberation of this country, it has got to be a collective effort. What Bobi Wine showed us on that TV show was that he wasn’t surrounding himself with the right people. It is okay that he understands the struggle and strife of the omuntu wa wansi (everyday person) but we also need to hear of the all inclusive fiscal policy tools to get the economy back on track. Yes, Museveni must go but there’s a need to plan for life after Museveni.

Some have even gone ahead to say that it doesn’t matter. Others have said this is just the beginning, so we should cut him some slack.

Bobi Wine and the Fiscus Hullabaloo: In a country where most people have already taken sides on political issues, it really doesn’t matter whether you understand fiscal policy or you believe in mineral water bottle irrigation. The bottom line is Change vs Status quo, full stop!

Does it really not matter that a presidential candidate who has a few months to start campaigning, isn’t sure of where he wants to take the country economically – going forward?  Not even a rough idea?

For God and my country.