Home » Democracy » Cameroon: should we be worried about post-electoral violence?

Cameroon: should we be worried about post-electoral violence? 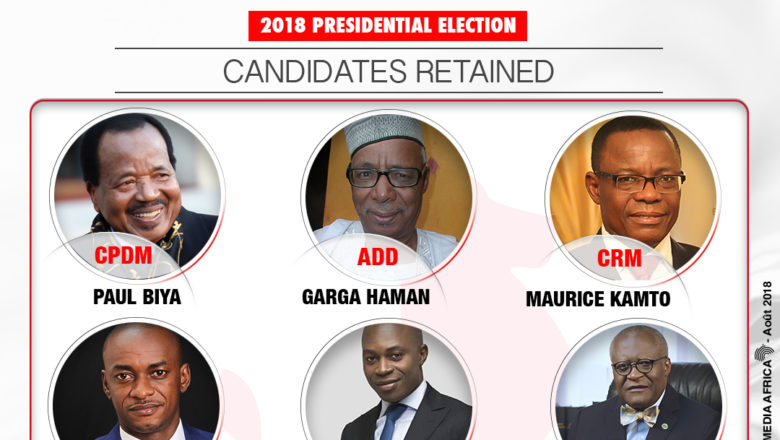 After a relatively quiet election day, with the exception of some disruptions in the country’s English-speaking regions, the post-electoral period seems to be one of uncertainty.

Cameroon will potentially be facing a new political crisis, this time following the presidential election that took place October 7th. The day after the ballots were counted, one of the candidates, Prof. Maurice Kamto, brought the local press together to announce his electoral victory. The ensuing reactions do not bode well.

A penalty kick has been taken

During a press conference organized at the headquarters of the Yoaundé Party, Prof. Maurice Kamto, candidate for the Cameroon Renaissance Movement (MRC) announced that he had won the presidential election. In his speech, he reassured the people of Cameroon who had voted for him that he would defend his mandate until the end, before inviting the current president to organize a peaceful transition of power, because “Cameroon does not need a post-electoral crisis.”

The government’s reaction was quick; Minister for the territorial administration (MINAT), Paul Atanga Nji, and the minister of communication (MINCOM), Issa Tchiroma Bakary, stepped up to denounce his pronouncement, which, according to MINCOM, who is also the official spokesman for the government, is illegal. The MINAT was harsher yet: “He says he’ll take this to the end, but we will not even give him the chance to begin what he wants to do.”

Thinly-veiled threats, coming from the candidate Kamto, sure to have won the election, as well as from the Cameroonian authorities, for whom the MRC candidate violated electoral laws by declaring himself a winner.

Did Maurice Kamto violate electoral law by proclaiming himself the victor of the presidential elections? Opinions are mixed. Though the 137th article of Cameroon’s electoral law says that “the constitutional council pronounces the end of an election and announces the results of the presidential election” (meaning that it is the only body that has the power and legitimacy to do this), no article formally forbids a candidate, using the information in their possession, to declare themselves a winner. There is also article 113 that indicates that “immediately following the vote count, the result of each voting bureau is made public”, which effectively gives candidates some information on the very day that the ballots are counted.

Whichever the case, it is clear that Maurice Kamto did not break any law by declaring himself the winner. That being said, some see this in a different light altogether. The divergence of opinion is felt more and more on social media where the verbal clashes between partisans from one camp or the other are multiplying.

On the other hand, the MINAT’s response is also disquieting. Recent events in Cameroon have adequately demonstrated that the government would not hesitate to use force and weapons if a popular movement to challenge the results was launched. The hunger riots in 2009 and the recent English-speaking crisis make a good testimony  to this.

On August 9th, two more press conferences were held, organised by two other presidential election candidates: Serge Espoir Matomba, candidate for the United People for Social Renovation (PURS), who announced that he would also take part in the battle if, when the results are published the numbers don’t correspond with those that were listed in the transcripts drawn up by representatives in the various polling stations.

Cabral Libii, coordinator of the “11 million citizens” movement and the candidate for the UNIVERS party, who organised the second press conference, reiterated his Facebook announcement two days earlier that there was massive voter fraud and he would appeal to have the votes revoked from some polling stations.

The vote counting that happened once the polling stations were closed made it clear that the outgoing president, Paul Biya, and the MRC candidate, Maurice Kamto, were neck in neck at most polling stations where the results were posted by Cameroonians on social media. The two were trailed by Cabral Libii from the Universe party.

The difference, however, came from polling stations located in the country’s northern regions, which represent about half of the votes. The results, especially in rural areas, handed the victory to the governing party with over 90%, giving him an obvious advantage over his rivals.

At the finishing line, we have two other candidates who, like that of the MRC, say that they will fight until the end to make sure that the ballots were respected. We can easily imagine what would happen if these two don’t feel that the election results reflect reality.

Some Cameroonians estimate that the current president would not allow himself to be pushed out by a legitimate vote. For them, the solution is to “chase him out”, indicating an insurrection.

Since the MRC candidate’s pronouncement and the ensuing reactions of the members of the current government, more and more Facebook posts are calling citizens to use force in order to “chase out” the current president. It is easy to see how the people calling for insurrection would take advantage of a battle between the MRC and MINAT as a strategy for overturning power.

A fundraising campaign was also launched on social media, through the sale of t-shirts, to collect enough money to take to the streets to take power. Where will this end? Will this lead to a conflict? Hard to say.

It’s still too early to know what turn things will take in Cameroon. The legal deadline for the publication of the election results is 15 days after the last ballot has been cast. In the meantime, calls for peace are multiplying on social media and from traditional media outlets because, in reality, Cameroon would not fare well if there was a post-electoral crisis in our current context, which is already difficult as it is.