Home » Democracy » Cameroon: the boycott wins the double vote of the 9th of February

Cameroon: the boycott wins the double vote of the 9th of February 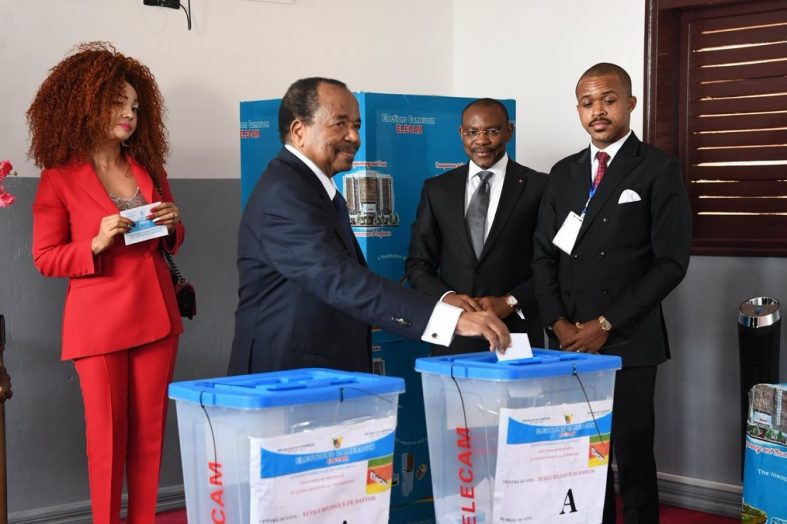 The combined election held on the 9th of February 2020 was marked by an abstention rate of just less than 30% according to certain sources. A record rate which seems to support the opinion that LRC’s call for a boycott was successful.

Sunday, the 9th of February was a special day in Cameroon. It was the day of election of municipal councillors and deputies, but also and above all, it was the day of truth. Indeed, a test of strength between the two sides had been underway for some time: on the one hand, the Cameroon Renaissance Movement (CRM) of Maurice Kamto, who called for a boycott of the double election, and on the other hand the ruling party and the other opposition parties, determined to go to the polls.

When, on the 25th of November, Maurice Kamto decided not to participate in the election of the 9th of February, he stated a number of reasons, including the impossibility of holding free and transparent elections in certain regions of the country, especially in the English-speaking area, which, despite the efforts made by the government, still suffers the throes of the bloody conflict between the regular army and the separatist fighters. He also mentioned the numerous shortcomings of the electoral code in force and called for its consensual revision.

To this must be added the rather curious attitude of some sub-prefects who, during the period of compilation of the files, had the habit of deserting their offices, which made the task difficult for some candidates, many of whom were activists of the CRM, if not impossible. In this context, the CRM, through his president, decided to withdraw from the process.

CRM’s decision gave rise to other reactions from the opposition. Especially, the leader of the Cameroon Party for National Reconciliation (PCRN), Cabral Libii, who finished 3rd at the presidential election according to official figures. Libii made a political statement to denounce the attitude of the sub-prefects and therefore, would require an additional period of 15 days so that his candidates could comfortably complete their files, failing which he could also throw in the towel.

Joshua Osih, candidate of the Social Democratic Front during the last election also made a statement to denounce the pressure used to hold this election and set a condition for participation. According to Osih, the SDF would not participate in the election of the 9th of February if, by that date, the conflict in the English-speaking area was not resolved by the government of Cameroon.

Unsurprisingly, the government remained deaf to the requests of the PCRN and the SDF which, against all expectations, did not carry out their threats to withdraw. For its part, the CRM organised field visits to raise awareness among citizens on the merits of the boycott.

On the other side, the government responded with threats against those who dared advocate a boycott. In compliance with Article 122 of the Penal Code, some people who called for a boycott were arrested and brought to justice in the city of Bangangté, in the West of the country. On the social networks, the two sides clash as much with blows of arguments as with blows of insults.

After the election, interim results began to be released, highlighting a very high abstention rate (28% of participation according to the African Union’s observers). Was it because of the CRM’s boycott call, or were the Cameroonians discouraged? It is hard to say. What is true is that the withdrawal by the CRM and the boycott calls had a significant impact on the participation rate in the last election.

While the official results are yet to be released, and the accusations of fraud coming from all sides, we are tempted to agree with the CRM and Maurice Kamto. This is in view of the numerous incidents of violence recorded on the 9th of February, both in the French-speaking area (where deaths and acts of vandalism were recorded), and in the English-speaking area were abductions, fires and confrontations between the army and the separatists which have increased since the election.