Grace Chiumia is a Victim of Malawi’s Defective Political System 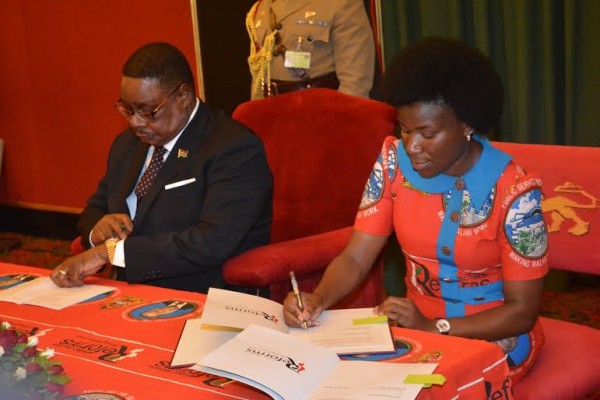 Fredric Jameson, a contemporary American Marxist and literary critic opened his influence work on The Political Unconscious (1981) with that slogan: “always historicise.” Jameson’s view is that all works of literature are received by the reader with already read status – even new text, he argues, is read with a hangover of unconscious prejudice and interpreted under the influence of opinions of the time.

Jameson says instead, a metacommentary is always necessary if we are to uncover a true meaning of any text. Any given phenomenon, he says, must be analysed from three perspectives in order to get a full meaning of the situation. First is political history. Second is context of the social period in which the phenomenon occurred and finally the entire period of the mode of production – here the mode of production meaning everything that goes into the production of the necessities of one’s life.

The importance of metacommentary is that it leads us to a full understanding of our social, political and economic transitions. It points to the fact that ideas do not suddenly appear and disappear – nothing takes place in isolation from the existing political context.

This is the point often missed by most social commentators and analysts, more so in Malawi. The current case being that of Malawi’s Minister of Sports and Culture, Grace Chiumia’s calling President Peter Mutharika a “life president”. Chiumia has since apologised to Malawians and the president for calling him “life president.” Chiumia should have known better how politically incorrect this is, especially for a country that has endured authoritarian leadership of a “life president” – Kamuzu Banda.

Malawians are understandably angry and rightfully cynical about the statement – was Chiumia perhaps testing waters? Maybe intentions are there to make Mutharika a “life president?” I personally doubt this. Instead, from Jameson’s perspective, I believe Chiumia is herself a victim of the country’s political system – a system that forces those occupying appointed public positions like hers to use every window of opportunity to show their supposedly unquestionable loyalty to the president – the appointing authority.

From Kamuzu Banda, Malawi’s founding president, to the incumbent, Peter Mutharika – the country’s fifth president, the thinking is that simply calling the State President – what he/ she is; a State President is not enough. One must use as much adjectives as their vocabulary can provide. It is very easy to talk nonsense and make mistakes when you are in this situation. It is not an enviable position at all.

Above everything else, Chiumia’s case is a reminder of the rotten political system that Malawi has. Ultimately, attacking Chiumia is missing the point if not an opportunity to critique a system that puts political patronage personal interests above national interests. You would not have these cases where there is no cronyism and political patronage – these begets bootlicking, which is what Chiumia was doing.

In Jameson’s perspective, you cannot scrutinise an individual – Chiumia in this case, separately from the system that produces and reproduce her ways of thinking. She has perhaps noticed her “mistake”, hence the apology, after the public criticism. It is important to analyse these issues from the full perspective of the system that produces it. A mango tree will not give you apples because it produces mangos.