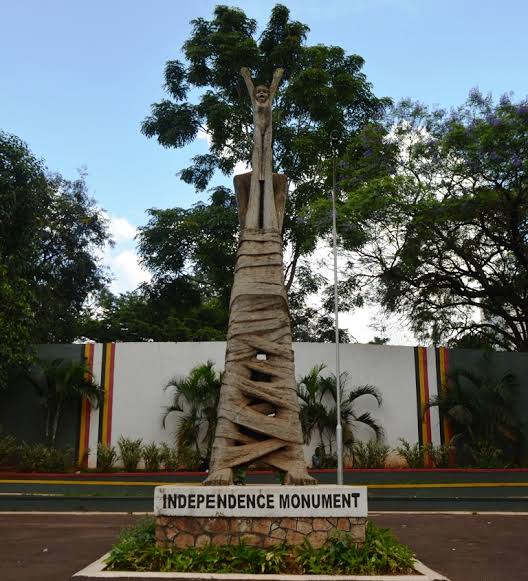 I had a conversation with my Dad earlier today . He was ironing his red T-shirt when he remarked – this used to be a day when we all wore red because of UPC (Uganda People’s Congress), a political party known to exist from the 1960’s

ME: But Kabaka Mutesa was given charge on Independence Day.

HIM: Yes, But Milton Obote was the Prime Minister. (Yes indeed there was the Uganda People’s Congress /Kabaka Yekka Coalition)

If you have been in Uganda or following Uganda news you will know that Red is now synonymous with People Power. Last week, Ugandan media reported that the Police had raided/searched Edith Byanyima’s home and recovered 24 red napkins. Edith is a sister to Winnie Byanyima, Head of Oxfam International but also wife to Dr Col Kizza Besigye. The tweets that followed – were obviously hilarious.

The famous red napkins Edith & women friends make that were found in her house after a police search! pic.twitter.com/JZoAzv6ySU

So you can imagine what went through my mind when I saw him iron and wear a red T-shirt to go to work.

He also went on to talk about what kind-of celebrations happened on Independence Day.

“There was always food. There were drums of omubisi (Local brew made out of fermented bananas) for locals to consume and make merry. Today, you don’t hear of anything.”

You could feel the nostalgia as he spoke of the “Good Old Days” he proudly associated. Today as Uganda marks 56 years of Independence, I have had to think through what that means other than the fact that it’s a 4 day week, owing it to a national holiday celebrating the country’s independence.

I am thinking it was easier to buy local brew and food for the populace to enjoy on Independence  Day then because the numbers were small and manageable.

Not everyone would go for the feasts but those that did,  would be able to get something to eat.  I don’t see anyone being able to feed millions of Ugandans in this economy today. It would cost us quite a lot,  including that the people in charge would have to take their cut.

And that for me poses the question on what the plan for Uganda is. Are we looking forward  to the time when we can all gather together for a meal,  get everyone fed and satisfied?  Does the future have any of these luxuries in store for us?

I can only hope.  Dim and grim as the future may seem,  there is reason to hope.  That you and I are still able to stand bold and proud as Ugandans. And because of that, that one day we or our children will be glad and happy to hold sumptuous feasts in remembrance of Independence  Day!