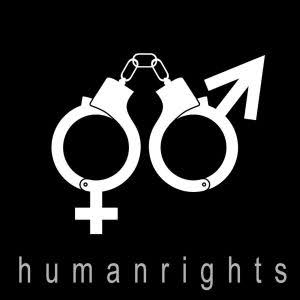 Edward Sebuufu (alias Eddie Mutwe), the bodyguard of Kyadondo East MP Robert Kyagulanyi (Bobi Wine), has been arrested twice this year. These arrests stemmed from the political activities that his boss Bobi participated in – first in July during demonstrations against the social media tax and in August during campaigns for the Arua MP by-elections. Today, the 37-year-old knows the pain of encountering the police, courts and prisons in Uganda. He spoke to Prudence Nyamishana about his experience.

“I travelled to Arua on the 12th August 2018 night to prepare for the final rallies to support candidate Kassiano Wadri. We were later joined by Bobi Wine. There were excited crowds that were eager to meet Bobi Wine because they had seen familiar faces of his crew members.

On Sunday and Monday, peaceful rallies were held then we went back to the hotel to meet as a team and talk about the polling day on 15th August 2018 that was on Wednesday. At about 7:30 pm after watching the news, Bobi Wine said that he was going to rest at his hotel which was nearby. I was sharing the hotel with Bobi.

At the hotel, while watching the 9:00 O’clock news bulletin, a colleague rushed in, telling us that our associate Yasin [Kawuma] had been shot dead and that everybody that was around him had been crammed into a van and driven off to unknown locations. We were startled. We couldn’t believe him until he told us that he had come with Yasin’s body with blood still gushing from his wounds.  We panicked. I think that these people intended to kill Bob Wine but God was with us.

Soon, journalists flocked our hotel, asking to know what had happened. We went to meet them but there was a crowd outside. The journalists told us that we had thrown stones at President Museveni’s car yet our paths never crossed with the president’s entourage. We had used other routes that day because the roads had been cordoned off for the president.

Multitudes of policemen surrounded their hotel. They pointed their guns at us, ready to shoot.  I ran, heading towards the rooftop. I staggered, fell to the ground but managed to get up and run, because I do physical training. I escaped but MP [Francis] Zaake and Bobi Wine were arrested.

When I arrived in Kampala — because I had left my phone at the hotel in Arua — I replaced my sim card immediately. Once the phone was back on, people started calling me. The police were also tracking my phone.

The police first tried to arrest me at Rubaga Cathedral where we were praying for the release of Bobi Wine [who had been arrested during the Arua fracas] on a Wednesday. I escaped. The second time, I was near my workplace in town, playing pool. It was 8 pm.  The hotel owner told me to run, so I managed to escape again.

I decided to stay home stayed. I was anxious. I had no peace, but 11 days later on a Saturday evening, I left home to attend my friend’s birthday at Equatorial Hotel; I had to be there for him. We saw men in uniform, others in plain clothes in the bar pretending to be customers.

A friend whispered to me that there were eight army vehicles parked outside. My friend suspected that they were looking for me. My heart raced. When I went to peep outside, out of the blue, about 20 men held their guns to my head. Some had Ak47s and others pistols.

‘Sit down’ they ordered.  They sprayed stuff in my face, kicked my groin, put a blindfold over my head and handcuffed me. They also chained my feet while slapping me countless times in the face. They stepped on me and threw me in the car and drove off to an unknown destination. I was blindfolded and my head was in between one of the soldier’s thighs. I later discovered that I was being detained at the Chieftaincy of Military Intelligence (CMI) headquarters in Mbuya.

When we got to the destination, they sat me on the floor and released my hands which had been cuffed from the back and cuffed it in front. They took away my watch, my wedding ring and wallet. Suddenly, someone slapped me and I fell face flat on the floor of what seemed like a corridor because I could sense people passing by. This was about 2 O’clock in the night. They poured cold water on me. Then I blacked out.

The next morning, they took me for interrogation. They cross-examined me with multiple slaps on my blindfolded face. A doctor kept walking about in the room and asking if I needed any painkillers or if I had any complaints.

I was detained at this place for seven days, and all along, I was in handcuffs, feet chained and a blindfold over my head. Even when I was eating, they only lifted part of the blindfold that was also covering my mouth.

We had three meals; porridge for breakfast, posho (maize meal) and beans for lunch and supper. I wasn’t supposed to see my tormentors. Even when I was going to the toilet, my face remained covered while someone held my hand. Visitors were not allowed.

I was not supposed to fall asleep. If they saw you sleeping, they poured cold water on you. To keep you awake was a punishment, we were not allowed to bathe, or even brush our teeth. I lost a sense of time.

The blindfold was removed for the first time in seven days when human rights lawyers visited the detention centre. I was taken to the beautiful part of the compound, then later moved to Jinja Police Station. I was not beaten at the police station because many officers knew me and people had been campaigning for my release on social media. When people learned that I was at the police station, they gathered in sizeable numbers.

After making my statement, I was relocated to Gulu Police Station cell. I think those are the worst police cells in the whole of Uganda.  We were only allowed to use the toilet once in 24 hours; the cell is congested and dirty. They also don’t cook at the station, so they buy food and give you small pieces of cassava and some beans. Five days later, I was remanded to Gulu Main Prison on charges of treason. The good thing was that I was jailed shortly after the Members of Parliament (who were detained following the Arua by-election fracas) had left, so they gave me Bobi Wine’s beddings – a new mattress and a blanket. All the prisoners were happy to see me.

We were taken to court and charged with treason. I remanded at Gulu Prison for 39 days. It was surprisingly comfortable. I rested enough, I was given special treatment. I would even go to the library to read books. The only challenge was that I missed my family. We were later released on bail. I will be going back to court on Monday 3rd December for the third hearing.

In July, after the social media tax had been introduced, Ugandans tweeted day and night with #ThisTaxMustGo hashtag. When Bobi Wine led a demonstration in Kampala, police dispersed the crowd. Bobi Wine fled with the help of demonstrators. I wasn’t very lucky.

I run to my shop but a swarm of policemen followed me, they dragged me out of my shop while kicking me. They pulled my armpit with pliers and injected me on my left shoulder. I was taken to Kampala Central Police Station where I was again beaten and kicked and later charged with unlawful assembly.  I was taken to court and remanded to Luzira Prison.

I have nursed my wounds, both physical and psychological. I have moved on, but my quest for freedom and a better country for my children is still alive.”

What the law says

Articles 24 of the Uganda constitution calls for respect for human dignity and protection from inhuman treatment. It states that no person shall be subjected to any form of torture or cruel, inhuman or degrading treatment or punishment. In the same vain and 44(a) provides for freedom from torture and cruel, inhuman or degrading treatment or punishment. These two articles are the basis for the Anti-Torture Act, 2012.