Home » Democracy » Leadership is Not About Age

Leadership is Not About Age 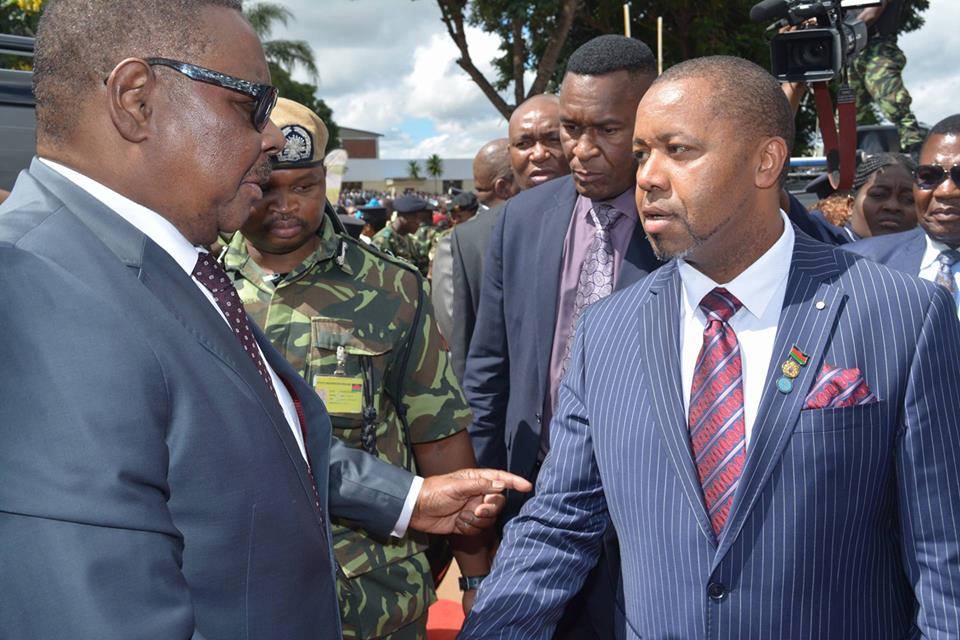 One of the recurring issues on Malawi’s political scene, at least from 2014 is the issue of youth leadership. Youthful Atupele Muluzi contested on this agenda in 2014 elections and finished a distant fourth in an election won by the oldest candidate on the ballot, Peter Mutharika. Eventually Muluzi betrayed his own “youth agenda” and joined the Mutharika government.

Muluzi says he joined Mutharika’s government because he thinks he could serve Malawians better while in the government and not outside it. Yet, those who follow Malawi politics closely will tell you that Atupele Muluzi could have gone into the alliance so that the Peter Mutharika’s government could not bother his father, Bakili the same way Bingu wa Mutharika did. Bakili Muluzi, a former State President is answering corruption charges amount to MK1.7 billion while in power and he has been in and out of the courts for the past 12 years or so.

It is an alliance of convenience, based more on personal reasons than an urge to serve Malawians better, like Atupele would want us believe; the Muluzis want to ensure that they are left alone while Mutharika gets the additional numbers he needs to increase the number of MPs who would vote with his party in parliament—you can call it a gentlemen’s agreement.

It was easy for Atupele to abandon the “youth agenda” because it was not as personal to him as the above case. Also, important is the fact that the “youth agenda” had no any ideological leaning – it was just a tactic to attract the youth vote who still make the majority of the electorate in Malawi.

Four years on, the issue of youth leadership is back into the public discourse. This time more pronounced by those advocating for the country’s Vice President, Saulosi Chilima to contest as a president. Chilima has declared his interest to contest, albeit with some conditions, including “transparent” nomination process. He says he doesn’t want to impose himself on the issue. Chilima talks about some of the serious ills affecting the development of Malawi, including corruption and nepotism. Chilima’s diagnosis is correct if not obvious for most Malawians. He talks of transformational leadership and meritocracy in public appointments and recruitment.

Curiously, Chilima seems unwilling to comment on the fact that those propping up his candidacy are a group of recycled politicians frustrated elsewhere because they were left out of top positions. As argued before, this smacks of the same corruption that Chilima is denouncing. Interestingly, the beginnings of Chilima Movement out of the ruling Democratic Progressive Party (DPP) was mainly on the grounds that at 45 years old he was much younger and energetic, unlike 78 years Peter Mutharika who is leading the party into the 2019 elections.

In his interview with Zodiak Broadcasting Station, Chilima revoked the often used argument that Malawi’s first post-colonial cabinet was dominated by young men and women in their 20s and 30s. It is true, and rather than just being in the cabinet it was also the youthful politicians the likes of Orton Chirwa, Masauko Chipembere, Yatuta and Dunduzu Chisiza and Rose Chibambo etc. who did most the ground work for the independence of this country. They were young, inspired, and dedicated to the freedom of this country.

Yet, the example as used by Chilima and many other contemporary politicians desperate to score political points tends to be ahistorical and lacking in context. Those young politicians in the first cabinet were ideologically driven – they were not just leaders for their own sake. The Cabinet Crisis of 1964 happened because those youthful politicians differed with Kamuzu Banda on ideological grounds – not scramble for a leadership position, as it is the case today.

In their 2010 journal paper on “Cabinet Crisis and its Legacy of Perpetual Regression of Trust Among Contemporary Malawi politics”, Happy Kayuni and Richard Tambulasi of Chancellor College, University of Malawi observed that there were five reasons why the Cabinet Crisis happened. The youthful politicians were against the following:

The adoption of Skinner Report, which approved reduced remuneration for civil servants; The delay in Africanisation; The continuation of diplomatic links with the racist regimes of Portuguese Mozambique and apartheid South Africa; The introduction of three pence hospital charges and Reluctance to accept aid from, and forge links with, communist China.

These young leaders were concerned about the ideological direction the country was taking. Ideology is crucial in politics because it gives direction to those leading the society. These young leaders stood by their ideologies and many of them paid with their lives, others with their freedom and livelihoods, including that of their families and loved ones.

This is inspirational, more so given the tribulations Malawi is going through today and it is not surprising that aspiring young leaders would want to associate with this group. Yet, today we do not have young leaders of such ilk. Today folks are quick to use the sixties group of as an example of themselves but they are not.

Chilima is still part of the government he is criticising; he can’t resign because that may affect his lucrative retirement package of a Vice President. He knows he cannot be fired because his position is constitutionally protected. Likewise, Atupele Muluzi abandoned his “youth agenda” when it no longer suited his personal interests. Today he is a part of a failing government he would most likely contest against in 2019, yet he won’t resign as a cabinet minister in Mutharika’s government.