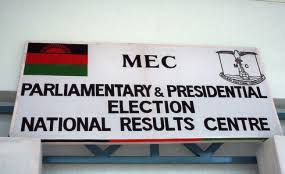 I read with interest a comment by Malawi Electoral Commission’s (MEC) Chairperson, Justice Jane Ansah, that MEC is not going to have an official broadcast for the 2019 elections, as it was the case during the 2014 elections.

Ansah was quoted by The Daily Times of Monday February 18, 2019 saying the decision has been arrived at because “the commission has considered that the broadcast industry has undergone a metamorphosis in the past years and the reasons that warranted the issue of official broadcaster no longer exist.”

“Stakeholders should note that, during the polling and results management, if they hear announcement of results on a radio station or television by a MEC commissioner or official, then they should take that as an official communication.” She added.

It is telling that Ansah made this comment at a meeting where Malawi Broadcasting Corporation (MBC) was rightly taken to task by various electoral stakeholders for its bias political coverage towards the incumbency. The fact that MEC has to choose an official broadcaster is a serious indictment on MBC, which by law is meant to operate as a public broadcaster and without any political bias, yet over the years MBC has made itself a partisan broadcaster in favour if the incumbency. It does so with utter impunity and it is getting worse and shameful.

Ansah is right that the broadcasting industry has matured a lot since 2014 if by so she means private broadcasters, not MBC. Private broadcasters have so far behaved more responsibly than an institution funded by taxpayers’ money and mandated by the law to be politically neutral and offer fair coverage to all political players. If Malawians are to look back on these elections and say the country’s broadcasting industry helped the electorate make informed choice in the elections we will be talking abut private media.

Where there is no official channel of communication, people will always create one, and this is the social of social media today. It only takes a fairly literate individual with a gadget that is smart enough to do basic tasks on the Internet to create alternative information. If MEC struggled with “unofficial results” on radios in 2014, this time they will also the likes of WhatsApp to deal with. WhatsApp was there in 2014 but not WhatsApp groups and not the same number of people on WhatsApp today – the figures have grown tremendously that its reach in urban areas of Malawi it could rival broadcasting.

It is worrying that MEC is only thinking about broadcasting. Any public organisation today should consider social media in its communication strategy. The four days of presidential nomination papers submission offered a good glimpse of what to expect during the electoral results period. This time stakes will higher and there will be no pantomime villains to lighten up the tense mood, as it was the case during those four days COMESA Hall.

The catch about social media is that people tend to have more trust in information shared by friends, people they know and influential people – “influencers”. This is why information shared within these networks is more trusted and people are always eager to share such information so they remain socially relevant and they may be seen as being in the know – ozitsata.

MEC should be mindful of this, otherwise they will find themselves in a situation where it has to correct false information and rumours on social media. Once this happen then MEC has lost control of information. The good thing, from MEC’s point of view, is that it is not too late to get things right. MEC needs to identify official broadcaster or several of them and let the country know of that decision. It absence of official channel of information all information is potentially fake. MEC officials will have information but these are not communication channel; they need one to communicate to the public.