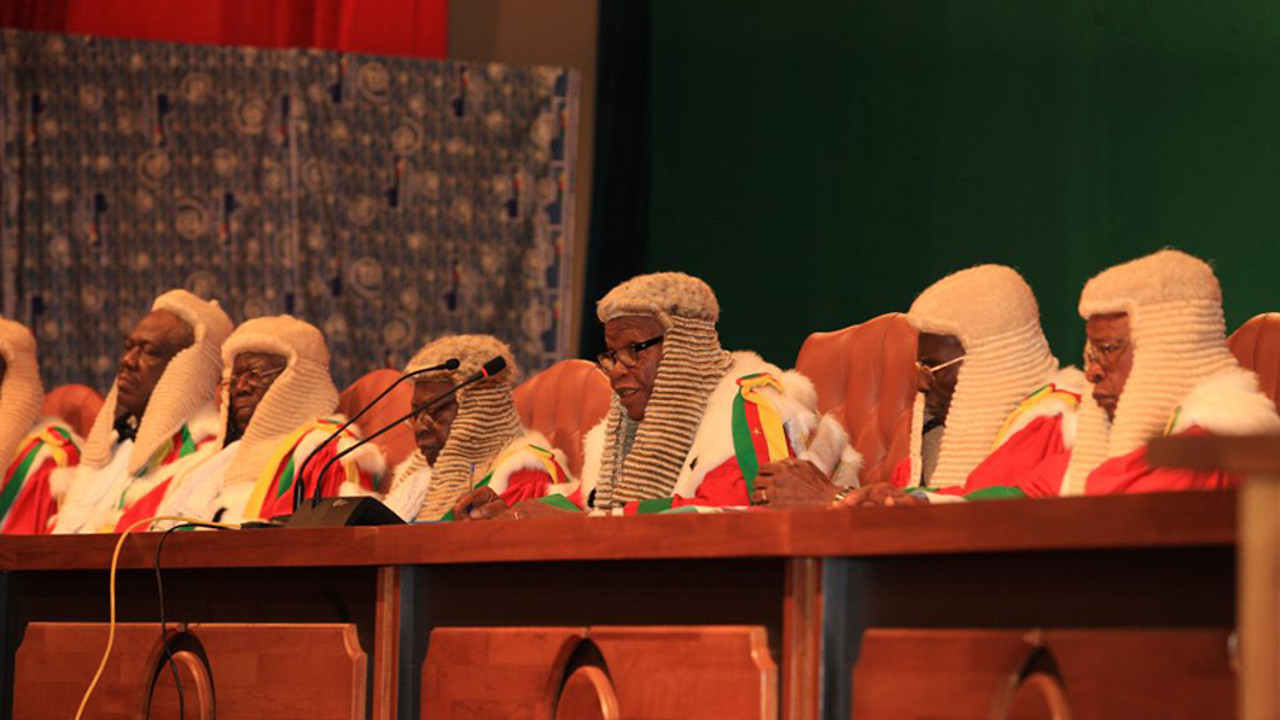 The presidential election that took place on October 7th in Cameroon was strange. Not only did the Cameroonian population take a particular interest in the question of how votes would be counted in the periods preceding and during the campaign but, against all expectations, its interest in the vote count continued to grow, particularly during the post-electoral hearings, which were broadcast on television and over the internet. Largely followed, these hearings made it possible to see that the voice of the people had not truly been heard during the election. It was the all-powerful Constitutional Council who, instead, “elected” Paul Biya president of the Republic of Cameroon, with a nod from Elections Cameroon (ELECAM), the body in charge of organizing the the election.

The October 7, 2018 election was tainted by a number of irregularities. Among these irregularities, we observe a number of cases where opposition party representatives were thrown out of polling stations, instances of ballot stuffing or attempts at ballot stuffing, which were captured on video camera and subsequently went viral, and even instances of voter identity fraud, as was the case of the deputy to the treasury of the Cameroonian Renaissance Movement (MRC), Okala Ebodé, who was incarcerated for several days for having dared to protest after he found that another person had voted in his name.

In addition to these events, there were multiple allegations of fraudulent voting reports. Though these allegations were submitted to the Constitutional Council, they were apparently not taken into account in the body’s announcement of the official election result, which it based on the vote count that appears on the official report emanating from the national voting commission. A meticulous look at this document reveals, however, significant errors in calculation. If we are to believe the copy of the document that was put forth by Maurice Kamto in a video published after the hearings, the document has errors that are serious enough to cast doubt on the credibility of the figures being presented.

For example, in the Central Region, which is composed of 10 departments, the candidate for the Alliance for Democracy and Development (ADD), Garga Haman Adji, had a total of 1,819 votes according to the national report. Curiously, in the Mfoundi, one of 10 departments in the Central Region, the local report counted 2,665 votes. What gymnastic feat must occur for a candidate’s total to be less than his score in 1 out of 10 departments? By adding the votes of the various candidates in each department, we get a different result than those indicated in ELECAM’s report.

Supposing that the document presented by Maurice Kamto in the video is authentic, we are well within our rights to wonder how significant errors like that could have been made without any sanctioning through a partial or total cancellation of the election results, as has been requested by certain candidates. One of the reasons for this is that electoral law allows for it. It is important to understand that one of the most powerful weapons that the current regime possesses is its election law, which was tailor-made to make it is almost impossible to overturn it.

Adopted in 2012, the Cameroonian election law is bad. In reality, it is tailor-made to allow the current president to maintain power throughout his lifetime. One only needs to glance a couple of the law’s articles to understand that everything was imagined so that, whatever case presents itself, there is always a possibility for the party in power to be able to finesse the situation.

According to Cameroonian Election law, in case of a dispute, only the official reports, submitted by ELECAM’s representative, count (article 115 paragraph 3). Simply put, even if the opposition or their representatives have their own reports with numbers that are consistent with one another but inconsistent with those of ELECAM, those reports have no value to the Constitutional Council. Then how is it possible to prevent the numbers from being fabricated and placed into the official report?

During the post-election hearing, this situation happened: the opposition, and the MRC in particular, revealed that 32 election reports (of 58) had been falsified. And despite their insistence, these 32 reports were never publicly produced for verification purposes. However, 6 of these reports were submitted to the Council, and to everybody’s surprise, the pages contained figures that had not been signed by all members of the commission, casting doubt on their authenticity.

The other oddity of Cameroonian election law is its article 134, which gives the Constitutional Council the ability to reject the submission of any grievances “that would not have any impact on election results.” In other words, il is not a question of proving if any fraud occurred. It is a question of proving that, in that specific case of irregularities, the election results would have been different. But how can that be proven, especially in front of a court that, if we are to believe the demonstrations of Maurice Kamto’s (the MRC candidate) lawyers, was already won over by one candidate – some members of the Council are also members of the central committee of the ruling party?

In the hearings, the lawyers for the Social Democratic Front (SDF) petitioned to get a total cancellation of the election results, for the justifiable reason that the populations of the English-speaking regions, where certain groups are at war with the government, were not able to vote – the voter participation rate was 5.36% in the Northwest and 15.94% in the Southwest. Petitions rejected, of course, because how can one prove to the Constitutional Council that the impossibility of voting in English-speaking zones would have had an impact on the election results?

Thus making it impossible to leverage the very election law that is meant to be a vehicle for ensuring impartial ballot counting in order to ensure justice in the face of the ruling party.

The candidate Paul Biya was thus, unsurprisingly, declared the winner of the presidential election of October 7, 2018 by the Constitutional Council despite the pending petitions for total or partial cancellation of the results called for by the lawyers for the MRC and the SDF. However, some Cameroonians were not willing to accept these results, especially the MRC candidate and his supporters, who organized multiple protest movements in several cities in the country to say “no” to the electoral heist that had just happened.

On October 21, the night before the results were to be publicly declared by the Constitutional Council – there is no formal way of contesting this declaration once it has happened (article 136) – a protest march, planned by an SDF deputy, was prohibited. In the face of he protester’s determination to hold a march, public spaces were filled with police, and several protesters, and even journalists who had come to cover the event, were arrested. Subsequently, other protests were organized, most notably in the Youandé and Bafoussam villages. Each time, protesters were arrested.

One gets the impression that the president, who was elected according to ELECAM and the Constitutional Council by 71.28% of the vote, is using every available means of silencing a part of the population that contests the official results and demands to know the true vote count, in light of the fact that the official results may have been falsified.

A Plan for Resistance

The “elected” president took oath on November 6, 2018. However, all signs point to the fact that the presidential election of October 7th 2018 is not over yet, particularly in the case of candidate Maurice Kamto, who seems determined to not allow what he perceives as his “victory” be stolen from him. Following in his steps, the Cameroonian diaspora decided to take a certain number of actions to boycott and to prevent or cancel all the concerts of the artists who took part in the concert that was organized by the current ruling party on October 6, 2018, the night before the vote. With their participation, a number of concerts have already been canceled. Through this action,  they are determined to make their voices heard by members of government, traditional chiefs and all other Paul Biya supporters.

An organization was also created. It is called the Resistance Committee for the Revindication and Restitution of the Vote to the People (ComitéC4R or C4R), which intends to organize and lead actions of civil disobedience – ghost town operations are already planned for January 2019 – in the hopes of obtaining the true ballot counts. Lastly, a fundraising campaign for the creation of a pro-Kamto television station is in the making.

This presidential election is far from being over and what happens next will, in all likelihood, be turbulent.