Home » Democracy » Ramaphosa, and the Soft Tyranny of Low Expectations

Ramaphosa, and the Soft Tyranny of Low Expectations 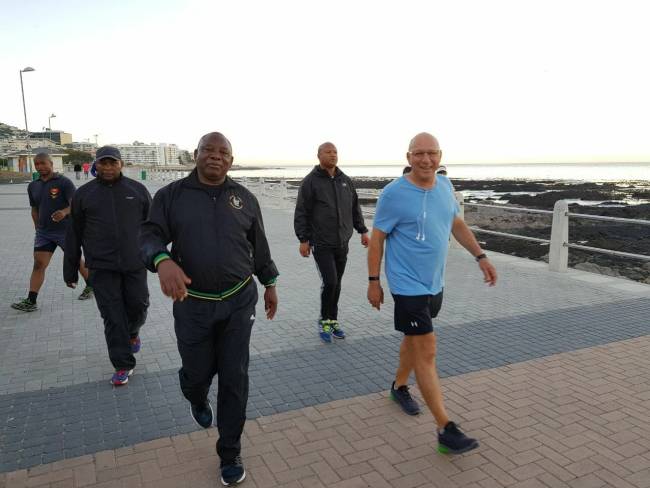 South African social media have been even more intemperate than usual since Cyril Ramaphosa was elected ANC leader – and yes, I realise how implausible that might sound.

It nevertheless strikes me as true in light of the volume of comment I read calling for President Zuma’s head (sometimes quite literally), now that he was effectively a lame duck, alongside the counter-claims of JZ’s supporters (or even simply the supporters of codified procedure, rather than fictions like a “recall” having any legal force).

Until the ANC announced their plans to accelerate the motion of no confidence in President Zuma, I was firmly of the opinion that he wouldn’t resign, but instead give himself until the 22nd of February (the calendared no confidence vote, after a motion lodged by the EFF) to develop some last desperate strategy for survival.

But when he was faced with public humiliation and – for those inclined to charity – faced with further dividing the party through a no confidence debate and vote today, he decided to resign, and announced that decision in a typically meandering speech late last night.

Zuma is now yesterday’s man, and for the best account I’ve read of why that’s a good thing, I’d encourage you to read Richard Poplak’s piece, published within an hour of Zuma’s resignation speech.

We’re now in the age of President Ramaphosa, or at least will be within an hour or two, when he is officially sworn in as President of the Republic. His speech before Parliament today was remarkable, and that’s the thing I want to briefly address.

We’ve had 9 years of Zuma, and have seen the early promise of being a “man of the people” give way to the reality of a man of venality, corruption, greed, homophobia, criminality, tribalism, and perversion of state institutions to protect his interests, rather than those of the nation.

By contrast, Ramaphosa’s remarks to Parliament today were reassuring and conciliatory, and presented a complete contrast to the arrogance and incoherence of the last 9 years. He took note of what everyone representing opposition parties said, and responded to them in a collegial, articulate and informed manner, even though these weren’t remarks he would have had time to prepare.

Nevertheless, we can’t forget that Ramaphosa, like all of us, has a past – and that Ramaphosa’s past is hardly cause for celebration, especially when we still don’tquite know what happened at Marikana, even though it seems increasingly clear that whatever happened there was horrifying.

The extent of his culpability is unclear, yes, but it’s quite likely that we’ll need to process some rather unsavoury details about him in the future (and, it’s not as if he’s been a role-model citizen in the past, either, as the investigative-journalism team at Amabhungane have been detailing for years).

Those are discussions for another day, when we have the facts. For now, the remarkable aspect of his presentation that I want to touch on is captured by the idea of the “tyranny of low expectations”, generally accepted to be an evolution of George W. Bush’s mention of the “soft bigotry of low expectations” at a speech to the NAACP in 2000.

To put the point crisply, it’s odd – and unfortunate – to find oneself so pleased with what might, under ordinary circumstances, be viewed as mere competence, in the form of Ramaphosa’s display of statesmanship. It should instead be a minimum threshold of competence. And, while we can be happy to see it, it shouldn’t be cause for complacency on any of our parts.

If the problem is the ANC, rather than Zuma, Ramaphosa shouldn’t distract us from that. If the problem is capitalism, he’s certainly a poor choice as distractor. If it’s “white monopoly capital”, Ramaphosa’s ascension to the throne will change little, if anything.

But of course, the problem is the usual set of issues: poor educations, poverty, low proportions of economic engagement, unemployment, a tiny tax-base, and a bunch of infrastructure-and-other spending (free education!) that we simply don’t have the money for.

Nevertheless, it’s a reassuring start, and one that he’ll hopefully follow up by appointing a competent Cabinet. (As an aside, the header image is from this morning, and shows him jogging with Trevor Manuel – raising hopes that Manuel might soon be back in the mix at Finance, or even as Minister of Common Sense, as a friend joked. As a further aside, I can’t trace who the photographer is – please let me know if you know, so I can give due credit.)

And of course, there are many rotten eggs remaining in this particular pot/basket/fridge – Gigaba, Dlamini, Muthambi and many more – and President Ramaphosa has serious challenges ahead in dealing with their toxic legacies, and equally toxic presences.

Despite the fact that no one change can serve as the magic bullet to fix everything, this is the one biggest change we can make under existing rules, where the majority party (effectively) get to elect the President. We’re by no means out of the woods, but South Africans can excuse themselves for feeling a little more optimistic today than they did yesterday.