Home » Democracy » REGIONAL PERSPECTIVES: Why the Burundi crisis is an opportunity for AU and the UN to redeem themselves

REGIONAL PERSPECTIVES: Why the Burundi crisis is an opportunity for AU and the UN to redeem themselves 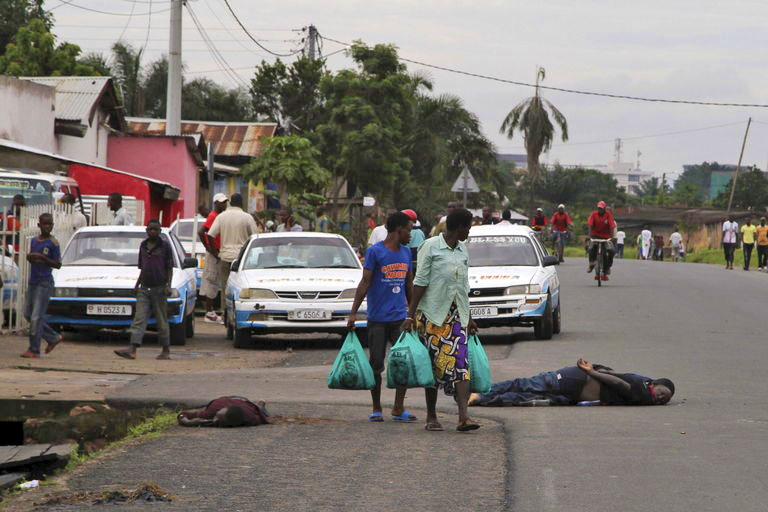 On Saturday morning, the world woke up to news of fresh violence in Burundi that left 87 people dead, most of them shot at close range – some with their hands tied behind their backs. The military claimed that those who were killed were trying to break into a military armory to steal guns so that they can break into a police prison.

Friday night’s was one of the worst cases of violence since the botched coup attempt in May .

The situation in Burundi has been fragile for a while since the announcement by President Pierre Nkurunzinza that he will be running for a third term in office.

A BBC report says that “bodies on the streets of Bunjumbura is almost a daily occurrence.”

A report by the Amnesty International puts the death toll at 277 since April while Burundi based Human Rights monitors say the death toll is way over 350.

Among the recommendations of the report is a call on AU and the UN to ” work together urgently to address the human rights crisis in Burundi and to restore full respect for human rights.”

The report also emphasizes on the need for AU Commission Chair, Dr.  Nkosazana Dlamini-Zuma and UN secretary general Ban Ki-moon “to travel to Bujumbura to press the government to end the current crackdown, beginning by lifting the legal and financial measures that target the human rights community.” This has been necessitated by Nkurunzinza’s crackdown on Human Rights NGOs which also involved freezing their bank accounts.

For about a month now some of the human rights groups were making claims that a”silent genocide” is underway in Burundi. As the new wave of violence swept through Bunjumbura on Friday night, opposition figures were calling on the world to shine its spotlight on Burundi’s crisis.

“Help us, the world needs to know that the genocide is underway,” said Jeremie Minani, spokesperson for a Burundian coalition known as Cnared folowing the death of the 87.

Events happening in Burundi remind us of what what happened in Rwanda and Burundi 21 years ago when the world watched in silence as millions were slaughtered in ethnic violence and several others displaced.

In the Central African Republic the world again watched until tens of thousands of lives were lost before France sent a peace keeping force.

Somalia has never known peace since the ouster of Mohamed Said Barre. The African Union through AMISOM only intervened decades later when the damage had already been done with little left to be salvaged.

In Kenya, when violence broke out following the 2007 general elections which the opposition claimed were stolen the world reacted with once voice and brought the violence to a stop. This was largely due to Kenya’s significant role as a key ally of the Western powers in the region.

Are we going to peg intervention in times of such crisis to how important nations are economically or politically to the West?

If there was a time that the narrative needed to changed, that time is now. We do not have to wait for 10,000 people to die before the world takes action.

In the aftermath of the Post-election violence in Kenya and the subsequent prosecution of Uhuru Kenyatta and William Ruto at the ICC, the African Union piled a lot of pressure on the court and the UN to have the cases dropped – nothing for the victims.

Now would be a great time for the moribund continental union to reclaim itself by stopping the violence in Burundi and for once standing on the right side of history. It’s time it used the resources they used in trying to stop the cases at the ICC in marshaling nations to intervene in Burundi.

Our leaders, the AU and the UN will do nothing unless we directly start telling them that we care about what is happening across our borders. We have to ask our governments what they are doing to save the lives of innocent Burundians.

From Nairobi to Arusha, Kampala, Harare, Kigali, Johannesburg, Lilongwe and to the Capitals of Europe and America these voices against increased violence in Burundi must be heard.

Good neighborliness dictates that we can’t just watch as Burundi goes to the dogs. East African citizens must demand action from our leaders.

Retweeted #PrayForBurundi (@IamOminde): @AMB_A_Mohammed what is Kenya’s official position regarding the escalating violence in Burundi?

Here in Kenya when the news of fresh violence broke out, Kenyans On Twitter responded by trending hash tags #PrayForBurundi #IstandWithBurundi and asking their government to intervene.

Are we waiting 4 someone white to come before we can act? Until AFRICA can help AFRICA we shall never be FREE! #PrayForBurundi

#PrayForBurundi, we need to raise our voices louder so that a solution can be found for the Burundians. #BeTheVoice

The citizens might have started doing their part but our eyes must remain trained on the African Union, African leaders and the United Nations. How many more people will die before they act?