Home » Democracy » Senegal : The citizens are big winners of the presidential election

Senegal : The citizens are big winners of the presidential election 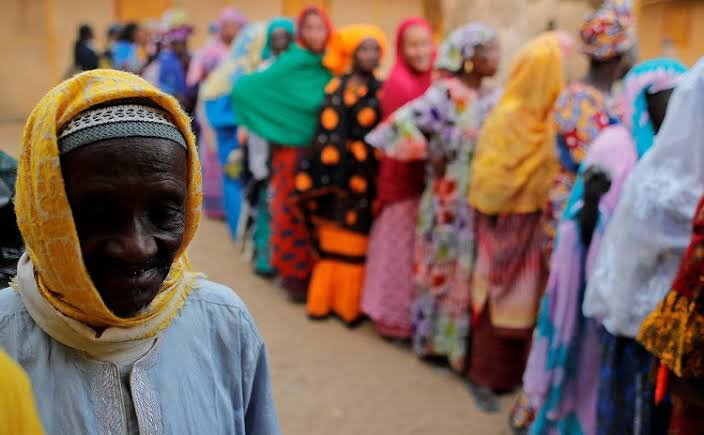 On February 24th, the people of Senegal once again proved their great maturity. With the process surrounding the pre-electoral period contested by the opposition, the presidential ballot count was greatly apprehended. The majority of candidates having been unsuccessful in what has been named the “test du parrainage” (a new system of citizen sponsoring), many were prepared for violence and protests. They did not have faith in the maturity of the Senegalese. Citizen monitoring played an elemental role in pacifying the political scene. In 2012 we had #Sunué2012, this year make room for #SenegalVote.

Senegal Vote, a movement meant to ensure the quality of the electoral process

Senegal Vote is an initiative driven by the association “WA MBEDMI,” which literally translates to “people of the street”. At the outset, the goal of the project was to make any information relative to the electoral process accessible and understandable. To do this, the project’s originators used a collection of digital tools and content. The use of the hashtag #SenegalVote on social media (especially on Twitter) also made it possible to understand how the Senegalese positioned themselves on the question of the presidential election. The hashtag united thousands of tweets. Even after the elections, Senegal Vote continued to support the population, in order for them to be completely abreast of news surrounding the announcement of the results and the circumstances around which they would be carried out.

In hopes of making it easier for the Senegalese population to access information, the association WA MBEDMI decided to create the Senegal Vote project. The not-for-profit association has maintained the underlying goal of promoting citizen participation. It thus made it possible for citizens to be fully informed about the presidential election. To implement the project, WA MBEDMI’s team mobilized all the technical and technological resources possible. From the start of the elections, the association went into communities to supply them with all the necessary means of informing themselves at each step. Even after the confusion that followed the national and international medias’ publication of the results, the project’s organizers continued to set up the tools that would be necessary for following the developing situation. Senegal Vote also knew how to capitalize on the potential of its social networks, using Facebook, Instagram and Twitter. The initiative showed the power of social networks in Senegal in 2019.

The hashtag #SenegalVote is an initiative that has been well-received by internet users. The fact that young independents decided to get organized in order to publish the results was not lost on observers. The Senegal Vote team showed true professionalism. From bringing awareness to citizens, to the publishing of results, the team knew how to use the necessary means in order to serve the population well. Commitment, generosity, expertise, love of country… those are the main elements that define their approach.

In order to give citizens the best conditions for performing their civic duty, Senegal Vote created tools to allow citizens to stay informed about the different steps in the process, from voter registration to the ballot count.

Senegal Vote organized tours around the entire country. A citizen consultation, Pencum Senegal Vote, was held in Tamba, Kolda, Ziguinchor, Kaolackm Saint-Louis and even in Bargny. For all those who were having trouble determining their appropriate voting bureau, the organizers of the initiative took the time to inform them. The association also provided an opportunity for the population to get acquainted with the complete list of propositions in each candidate’s agenda, so that the people would be able to aptly elect their future President of the Republic.

The Senegal Vote team also brought the population’s awareness to the secretive act that is voting. The team never stopped bringing attention to the importance of the interactive electoral map and, at the same time, taught people about the electoral map and the distribution of the number of voters in each region.

During the voting period, the team went to several centers in order to collect different impressions and opinions. Security was also one of the main preoccupations of the Senegal Vote team. All possible measures were taken to avoid electoral violence.

For the ballot count, Senegal Vote took time to share the results of different sectors and of each country, by complying with the Commission Nationale de Recensement des Votes (National Vote Counting Commission). The team did an exceptional and meticulous job. Senegal Vote provided a forum so that all those with information about the election could bring their contribution forward. Which was, in the end, a determining factor in the availability of the results that were published by the vote counting commissions in each department.

As a reminder, Senegal Vote is a civic tech project, exclusively developed and launched on a digital platform. Anyone can add their contributions in order to guarantee the quality of the results. Today, we are in the era of citizen participation and the #SenegalVote initiative appealed to many throughout this electoral campaign.