South Africa: Brief notes on a meltdown in confidence 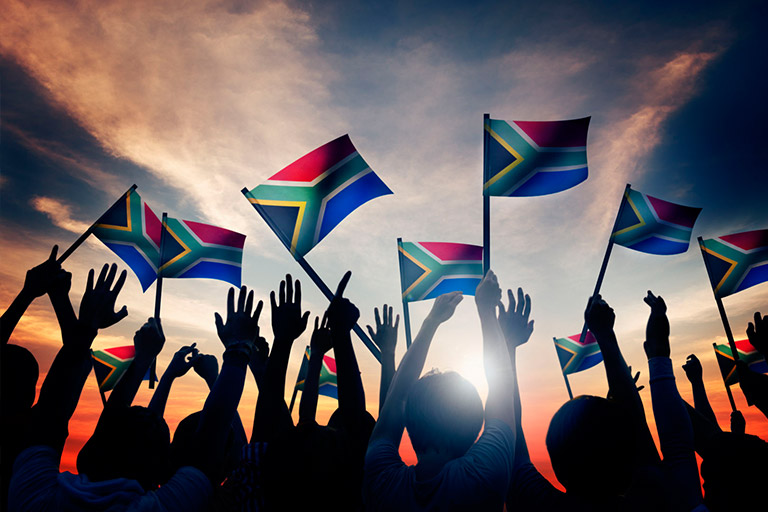 In 2012, I asked “when should South Africans begin entertaining the possibility that we have an illegitimate government?” – and even though I certainly don’t claim this was a unique or original thought, I’d imagine many more South Africans would share this sentiment today than did then.

Since that time, we’ve had Nkandla, al-Bashir, the acquittal of Andries Tatane’s killers and more to add to Marikana. I of course don’t mean to make any comparisons of scale here, but rather to note that many South Africans might well be feeling somewhat inured to bad news by now, given its regularity.

In speaking to a Reuters journalist a few weeks ago, who has been living in Dakar for some time now, I noted that I feel reluctant to criticise this country and its leadership, simply because criticism from middle class whites like myself so easily fits into a narrative I don’t feel part of, at all.

What I mean, more explicitly, is that while I find Rainbowism trite, and optimism regarding the short-term prospects of our country generally unfounded, deflating those sentiments is an unattractive prospect so long as it validates (or is interpreted to validate) the sorts of negativity you’re likely to hear from a Dan Roodt or Steve Hofmeyr.

And to some extent, the same problem arises when signing petitions saying #ZumaMustFall, or joining in with some odd gathering in the Company’s Garden to protest Zuma over a picnic (I jest, but that’s what comes to mind if the protest is there rather than at Parliament).

The problem is that, yes, Zuma is a disaster, as Stuart Theobald succinctly tells you in this piece on the 5-day sequence of Finance Ministers that was Nene/van Rooyen/Gordhan. But, some of the people who are saying that he’s a disaster do so with the assistance of a tinge (or large dollop) of racism, or Afro-pessimism, or both.

And then there are other ideological confusions also, like some on the #RhodesMustFall/#FeesMustFall side of the equation, who are crowing about how “neoliberals” (which means “whites” for some) or “white capital” are or is finally going to understand what it’s like to feel pain or panic about the future, now that the stock market and Rand are in free-fall.

This is confused, because (as usual), some of us are better insulated than others, and it’s in fact the poor who will suffer most here (as usual) as inflation rises.

And then you have some bizarre moments of straight-out opportunism, like this post from Seth Rotherham of 2OceansVibe, that a) chooses a clickbaity headline; b) mocks the reader for falling for a clickbaity headline; then c) shows that the headline was partially sincere after all, seeing as the piece includes two referral links to international lottery sites (so that you can help Seth make his Rands less worthless, or at least more plentiful), before d) closing with

At the end of the day you’re just a sad, negative twat, aren’t you?

That’s probably why you aren’t making the most of this great country – you just submerge yourself in negativity and panic. Instead of doing something to fix whatever problems we face.

<sarcasm>Why yes, we could all become affiliates for international lotteries, or leverage our brands in some other fashion, I’m sure.</sarcasm>

But even if we can’t – let’s say we don’t have a brand, or access to the Internet, or whatever – I certainly don’t hold it against Rotherham that he is doing so.

But if your point is that we should “do something”, and you demonstrate it via the example of content-free blogging with (false) clickbaity headlines while trying to get a kickback on other people’s desperation (in the form of the vanishingly small odds of any of us becoming a lottery winner), you might want to lay off the judgement, a little.

We are in a bad state. And it’s going to get worse, this year. Not necessarily worse economically (though that seems probable), but certainly more apparent with regard to the disaffection of the youth, where the  40-year anniversary of the Soweto uprising will likely inspire even more students than we saw last year to call the rest of us to account for how slowly things are improving, for so many of our citizens.

Remember all that Rainbow Nation stuff? I was telling a friend over lunch the other day that it was believing in the mythology of the Rainbow Nation that kept us from actually fixing stuff. He thought I was wrong, and that it instead bought us some time to get to know each other.

Well, our time is running out, and perhaps we don’t know each other nearly well enough. Yet.

Petitions aren’t going to help. Voting might, if enough people do, and if they send some effective signal via their vote. But trying to be fair and compassionate and helpful – in whatever limited way you can – probably will, even if only a little.

And sometimes, and maybe especially today, a little is better than nothing.