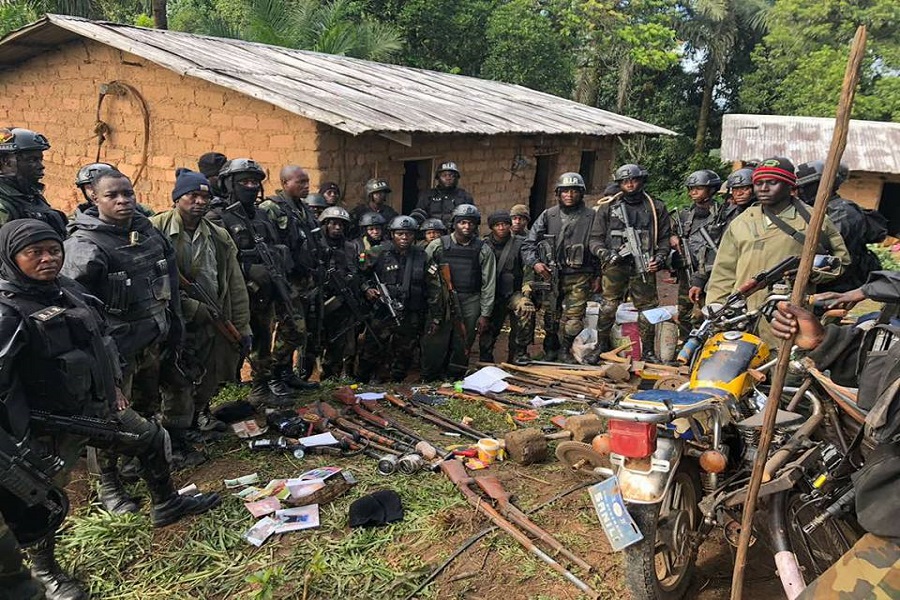 Over two years after it began, the anglophone crisis continues to rage in the Northwestern and Southwestern regions of Cameroon. Worse yet, the crisis has transformed into an armed conflict that has already taken many lives, whether it be on the side of the secessionists or in the army, or even in the civil society – where there have been the most deaths, we count thousands of refugees and hundreds of thousands of people who have been internally displaced. Multiple initiatives launched by the government to solve the problem have ended in failure and the last one to date seems to be heading towards the same fate.

The Commission’s failure to promote bilingualism and multiculturalism

In a decree signed last November 30th, the president of the Republic of Cameroon, Paul Biya, announced the creation of the National Committee of Disarmament, Demobilization and Rehabilitation, whose mission was “to organize, to provide the framework for and to manage the disarmament, the demobilization and the socio-professional rehabilitation of former Boko Haram combatants and armed groups from the Northwest and Southwest regions, looking to answer favorably to the call for peace by the head of the state, by disarming.”

Before this committee existed, a commission that was said to be for the promotion of bilingualism and multiculturalism had already been created in january of 2017, also in the framework of resolving the anglophone crisis. Among its goals, the commission had, among other things, the responsibility for defining strategies that promoted community-building, particularly by popularizing literature about bilingualism, by doing research and field studies that allowed them to publish reports that would be sent to the President of the Republic. The commission also had the role of “creating and submitting drafts of legislation for bilingualism, multiculturalism and community-building to the President of the Republic.”

What is the final assessment of this first commission, whose role, if it had been performed well, would have perhaps avoided the country finding itself in the armed conflict that is currently taking place? Difficult to say, being that the report went directly to the President of the Republic. But what is sure, is that no law reinforcing the equality of the two official languages was proposed since the creation of the commission. And to be honest, their work was hardly visible.

Disarmament in full-out war: the cart before the horse

Although the goal of the commission responsible for “deactivating the bomb” (the “explosion” of which meant that arms were taken up, with the consequences that we are well aware of) finished as what one could consider a ringing failure, the President of the Republic decided that is was a sound idea to pass on to the next step by creating the committee for disarmament and the rehabilitation of ex-combatants. But could one really speak of “ex-combatants” when the fighting was actually intensifying? This is the paradox of the formation of this committee. How to disarm, demobilize and rehabilitate combatants having neither a prior agreement to stop the fighting, nor an understanding reached by the two parties, nor any kind of real dialogue?

The prerequisite for any type of disarmament is the end of the conflict, or at least a ceasefire. The end of a conflict cannot be decreed. It has to be negotiated. Unfortunately, the option to negotiate seems to have been ruled out for a long time by the current power holder. But it will be difficult, in this context, to disarm people who have not accepted to drop their arms.

To show his willingness to bring peace back and to bring back the national unity that has been increasingly damaged over the past two and half years, the President of the Republic, after creating the committee for national disarmament, ordered the end of prosecutions and the liberation of 289 people who had been arrested as part of the anglophone crisis. The response of the spokesperson of the Ambazonia Defence Forces (ADF) was not long to come: the armed group considered this gesture from the government as a provocation and promised that the fighting would intensify. Basically, among the prisoners who were liberated, there was no leader from the movement. In addition, the number of liberated people was insignificant compared with the number of arrests.

As in the case of the liberation of 289 prisoners, the creation of the National Committee for Disarmament, Demobilization and Rehabilitation did not obtain a favorable response with the secessionists. About one week after his nomination to the position of head of the center for disarmament, demobilization and rehabilitation for the Northwest, the home of Gabsa Nyagha Sixtus was burned down by unidentified individuals, apparently to send him a clear message.

The secessionists are clearly not ready to disarm and even the liberation of some of the prisoners who were arrested during the anglophone crisis was not enough to make them change their mind. This reaction was predictable: the disarmament and the liberation of prisoners are not real solutions to this crisis.

Superficial solutions to a deep problem

Since the beginning of the anglophone crisis, and even before it transformed into an all out armed conflict, the government did not give the impression that it wanted to solve the problem in a way that would satisfy both camps. It’s true that some measures were taken by the former minister for secondary education to redispatch French-speaking teachers who had been appointed to schools in the anglophone sub-system – but bad habits quickly came back. With the exception of this temporary measure, the rest of the actions were purely superficial and were limited to the creation of commissions and to sending more soldiers to the front.

The truth is that the National Committee for Disarmament, Demobilization and Rehabilitation cannot resolve the anglophone crisis. Even the liberation of all the people who have been arrested during the conflict is not the solution. This will make it easier to calm the situation and to finally open up a true dialogue. It is only through this dialogue that the conflict could really be resolved.

The risk of justifying the massacres

As the situation is presented today, it is clear that the secessionists will not disarm. In this case, we can strongly fear that the massacres will continue in the anglophone regions with, this time around, the pretext of the “rebels’” rejection of the peace proposal made by the President of the Republic.

We need to keep remembering the disarmament, the demobilization and the rehabilitation is concerning the ex-combatants “who want to respond favorably to the offer for peace by the Head of State.“ What are we saving for those that refused? What’s more, why are the soldiers from the regular army not concerned by the disarmament and the demobilization? Though the situation is getting worse, the government is playing its cards one by one without success and the number of victims is rising every day, it is urgent for the two camps to find common ground and a way out of this conflict that has already gone on too long.