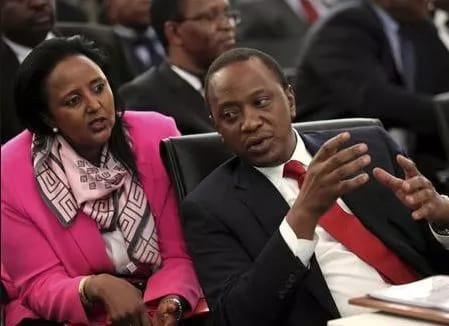 African heads of state are expected to congregate in Addis Ababa from 30th to 31st of January for 28th Ordinary Session of the Assembly of Heads of State. Among the important issues on the Heads of States’ agenda will be to elect AU chairperson to succeed Nkosazana Dlamini-Zuma who has held the position since 2012.

When one of your own is seeking a top continental job, it would seem rather obvious that he/she would have the whole nation’s support. That though is not the case for Kenya’s Amina Mohamed.

On Monday this week, a section of Kenyans took to Twitter to express their displeasure with the minister, warning other African nations against supporting her bid. But why, you may ask?

Perceptions that the Kenyan government might use her position if elected to illegally retain power if they lose elections.

Kenya goes to the polls in August this year in yet another hotly contested general elections. The elections will pit the incumbent President Uhuru Kenyatta against a joint opposition candidate who is yet to be unveiled. President Kenyatta’s popularity has dwindled due among other things poor performance of the economy and massive graft allegations involving President’s close associates and family members.

There is increasing concern over the President’s willingness to concede defeat if he were to lose in the general elections. These fears are at an all – time high following amendments to the election laws to allow for a manual voter identification and transmission of election results which many believe is a ploy to rig the elections.

The belief is that with Amina at the helm of the AU, Kenyatta’s administration will use her to drum up support from other African leaders for his continued stay in power should he lose the elections.

Get amina into AU.
Rig the election in August!
Campaign for Africa to leave ICC.

Africa is this what you want??#DearAfricaNotAmina4AU

Others see Amina as the face of Impunity

Ambassador Amina’s spirited campaign against the ICC that won her much respect and admiration among the ranks in the Kenyan Government could be her greatest undoing with the Kenyan public. Kenyans lost more than 1,000 lives and more than 600,000 others were displaced in the 2007/8 Post-election violence. The current President Uhuru Kenyatta was indicted by the ICC to face charges of murder, rape and forceful transfer of population alongside his Deputy William Ruto and a radio journalist.

Amina’s much famed “shuttle diplomacy” and outright campaign against the ICC contributed to the ultimate collapse of the process. To the thousands of Kenyan’s who lost loved ones and property in the chaos, Amina denied them a chance to receive justice.

#AmKenyan Dear #KOT. Remember the report I told you is at the AU for #DearAfricaNotAmina4AU. Here it is. Now can the #36Bloggers shut up! pic.twitter.com/cbI9lafvme

#DearAfricaNotAmina4AU she fought hard to secure instigators of war climes. Africa if you want peace stay away from her

She has failed to protect Kenyans suffering in foreign prisons

As we debate on Amina’s next top job, four Kenyans are suffering in South Sudan jails. The four were not accorded fair trials according to their families. The Foreign Affairs Ministry headed by Amina did little to secure their release or ensure that they get a fair trial.

As you celebrate this festive season, spare a thought for the 4 Kenyans jailed for 72 years in Juba, denied justice. pic.twitter.com/CmALY8dyO0

They are however not the only ones, a number of Kenyan engineers are also languishing in Ethiopian jails accused of telecommunication fraud. One of them was recently returned home in a coffin. This is the kind of legacy that angers a section of Kenya about Amina’s tenure.

Zac Died in Ethiopia coz she was busy fighting ICC #DearAfricaNotAmina4AU pic.twitter.com/SMGP30SV2J

Charity begins at home. She barely addresses her country.. If she goes to the union she will completely forget us.#DearAfricaNotAmina4AU

Amina is just a flower girl for Jubilee, cat walking across the world, #DearAfricaNotAmina4AU

As we draw closer to the date, only time will tell if these views rubbed on African leadership or whether President Kenyatta’s strong lobbying for Amina will carry the day. Either way it will be interesting to see what AU’s next boss will bring both to the Union and the continent as a whole.