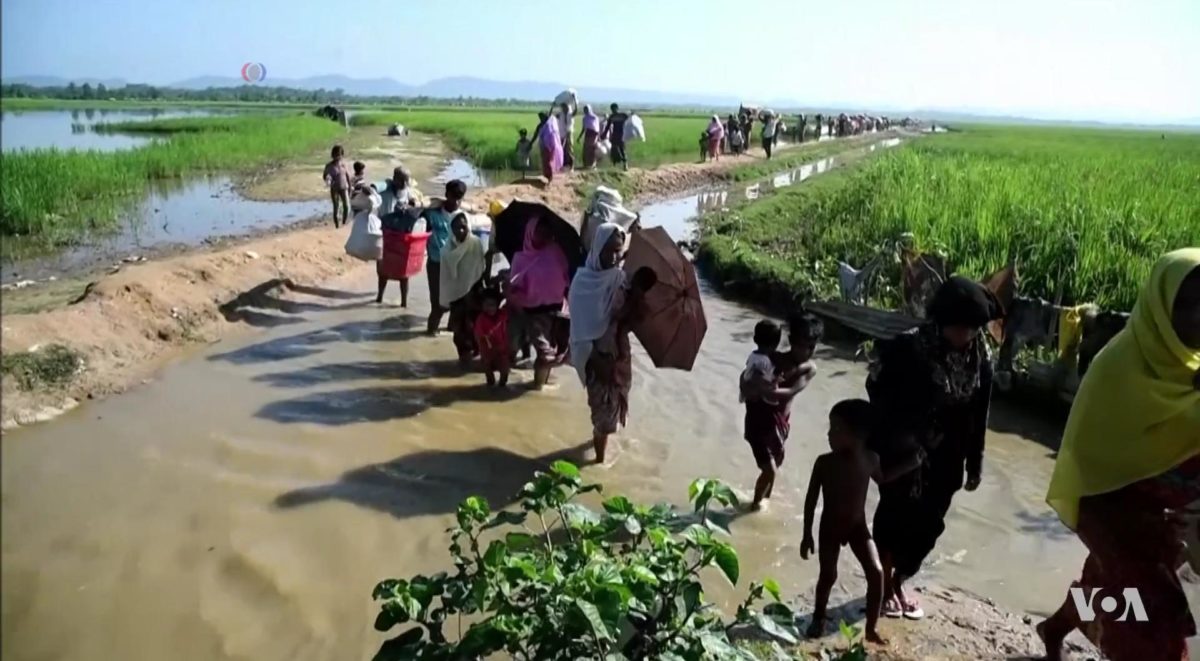 African heads of state have been meeting in Addis Ababa, Ethiopia for the 32nd Summit of Heads of States of the African Union (AU). The summit themed  ‘Refugees, Returnees and Internally Displaced Persons: Towards Durable Solutions to Forced Displacement in Africa,’ will seek to find sustainable solutions to the forced immigration situations in Africa.

Two researchers from the Climate Change and Risk Programme at the Stockholm International Peace Research Institute have published an essay urging AU leadership to refocus on climate-related security risks and build broad support to appoint a dedicated AU Special Envoy for Climate Change and Security.

The authors of the essay Dr. Florian Kramp and Vane Moraa Aminga argue that “migration and forced displacement are only symptoms of broader social, political, economic and ecological ‘push’ and ‘pull’ factors. Especially in Africa, climate-related change is one of the most serious push factors. The frequency and magnitude of droughts, famine and flash floods displace millions and contribute to peoples’ decision to migrate. To address the push from climate impacts, there is a need to not only better comprehend but, to better respond to climate-related security risks.”

The essay contends that broad AU member state support for an AU Special Envoy for Climate Change and Security would be a viable strategy that strengthens the AU’s response to climate risks. The idea of the envoy—which stems from the AU’s Peace and Security Council meeting in May 2018—is an opportunity to pre-empt migration and forced displacement and moreover, ‘climate-proof’ the AU’s peace and security architecture.

Africa is responsible for a mere four percent of global CO2 emissions. Yet, no continent is equally affected by the double burden of climate change and political fragility as Africa. A recent study by the United States Agency for International Development shows that globally 57 percent of the countries facing the highest double burden of climate exposure and political fragility risks are located in sub-Saharan Africa.

Africa’s high vulnerability to the impacts of climate change is due to African economies’ dependency on agriculture, a sector acutely affected by climate fluctuations. The risks that ensue include that of violent conflict—which in itself is an additional push factor for migration and forced displacement.

The authors argue that these risks reassert the need for African states to find a multilateral response at the AU level. Among the issues that could worsen conflicts in parts of the continent they say is increased water scarcity in the Horn of Africa and Sahel regions coupled by lack of arable land forcing populations to migrate across countries.

The authors are suggesting an integrated approach that combines knowledge on climate risks with the social and political realities of the regions to sustainably solving the continent’s forced immigration challenges.

Part of this should be the appointment of a Special Envoy to Climate Change and Security which could help widen the understanding of climate-related security risks within the AU. One example of how this can be done is commissioning integrated climate risks assessments that would directly inform the Committee of African Heads of State and Government on Climate Change, the AU Commission as well as the AU Peace and Security Council.

While such assessments would be crucial to mainstream climate security in continental and regional early warning systems, the authors agree that it will not be “enough” in solving the problem. African Heads of State must take ownership and lead the continents’ response to climate-related security risks. Cooperation among AU Member States with a Special Envoy for Climate Change and Security will be an opportunity to climate-proof the AU’s peace and security architecture, address the root causes of migration and forced displacement, and as such become a catalyst to facilitate the AU’s ambitious Agenda 2063.