Home » Diplomacy » The AU passport, are we getting closer to African integration?

The AU passport, are we getting closer to African integration? 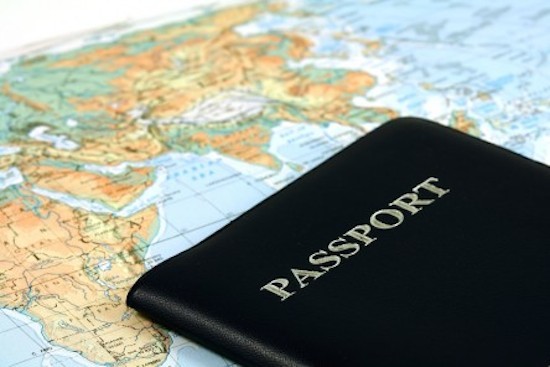 At the beginning of this week, a momentous development happened at the AU Heads of State summit in Kigali, Rwanda; the first ever copies of the African Union passports were issued to Rwanda President  Paul Kagame and AU Chairperson Idris Deby (Chad President). The two leaders are the first recipients of the new travel documents that will also be issued to other heads of states and top diplomats in the coming weeks.

The role of issuing the new passports to ordinary citizens of Africa has however been left to the respective AU member countries. It’s still not clear whether there is a clear road map to be followed by the member states in issuing the travel document with enhanced security features. It could take a few more years before they are available to non-diplomats.

This announcement has been welcomed with a lot of excitement across the continent.

Chitonthozo Munyaradzi is a radio presenter in Kenya. He is half Zambian and half Kenyan (Dad from Zambia and mum from Kenya) but he still needs a work permit to be employed in Kenya despite the fact that his mum is from Kenya and that he went to school in Nairobi. To him this is a long overdue move:

“This is a great initiative that should have been realized yesterday. It sickens me that foreigners (people from outside Africa) get their visas at the airport while fellow Africans have to get visas in advance to visit their families!”

Roselyne Okeyo, a Kenyan lawyer who studied in Swaziland and is also a frequent continental traveler, welcomes the idea but thinks that it’s still impossible to roll out the new documents by 2020.

“My first thoughts on it is that three years is such a small time frame to implement such an initiative. ..or should I say the visionaries are being over ambitious regarding the matter…”

The development though is a momentous one. It definitely rekindles the Pan-African hopes that the 32 founding fathers of the OAU had when they sat down on 25th May 1963 in Adis Ababa to give birth to the union that is currently known as the AU.

That dream has been greatly dimmed by the travel and trade restrictions that subsequent African leaders either imposed or failed to remove between themselves. In the pre-colonial era, African communities traded with each other across the continent with coastal cities of the Atlantic, Indian Ocean and the Red Sea being major trading points between people from East, West, North and South Africa.

Today, Africa trades more with China and Western countries than it does among itself. It’s more easy for citizens of the US and European Union to visit most African states that it is for citizens of other African countries. Out of the 53 states, only 13 states have opened their borders to African citizens without the necessity of acquiring a visa in advance. Ghana being the most recent to change it’s policy on advance visa.

More open borders will definitely come with challenges, but the benefits far outweigh the disadvantages as Prof. Syprin Oduogo a lecturer at Maseno University’s School of International Relations & Diplomacy in Kenya explains:

“We are in a situation where the continent is internally dealing with a lot of issues. Somalia has been at war for decades, something that has given rise to the terror group Al-Shabaab. There are fears of several ISIS backed groups in North and West Africa. The biggest challenge that this integration and open door policy will bring is importation of terror.”

Conflicts in Somalia, South Sudan, Central Africa Republic and Libya will possibly lead to refugees. How readily will African countries accept immigrants from these counties and provide them with equal treatment as their citizens? Even when they do, there are real concerns of pressure on the host economies.

“We however have positive examples from countries which have opened up their borders like Rwanda. The growth is immense and if the rest of Africa are to grow at par with such economies then the integration is a necessary evil,” adds Prof. Oduogo.

The prospects of integration are coming when other parts of the world are pulling away from similar unions. The EU just lost Britain less than a month ago with pressure increasing in France and other EU nations to follow suit. The reasons behind such disengagements provide a rich case study that African leaders and policy makers need to immerse themselves in before formalizing any integration pact.

Fredrick Ochieng’ a Kenyan who frequently travels within the continent thinks that the move will reduce illegal immigration into Europe and tackle ‘brain drain’.

“A lot of Africans travel to Europe when they cannot get opportunities in their own countries. If we had free access to all African countries a lot of people would look for opportunities closer to home and help build African economies as opposed to going abroad where Africans face numerous challenges,” says Fredrick.

Even as we celebrate the dawn of a new Pan-African era with the continental passport, we have to align ourselves to the reality that there is more to real integration than a travel document. The cost of air travel between African states has to come down if we are to achieve the full benefits of integration. We still need better transport connection across the continent via rail and road networks for easier movements of goods and people.

More civic education needs to happen before all this is realized. We have witnessed cases of Xenophobia in South Africa, citizens of Uganda and Kenya are regularly attacked and mistreated in South Sudan. There are teething problems and constant suspicion by Tanzanian citizens of the Kenyans who live and work there. The ideals of the Pan-Africanist founders of the continent such as Kwame Nkurumah and Mwalimu Julius Nyerere must be instilled on the current citizens of the continent.