Crackdown on Betting Firms in Kenya, Hurting Sports and Economy 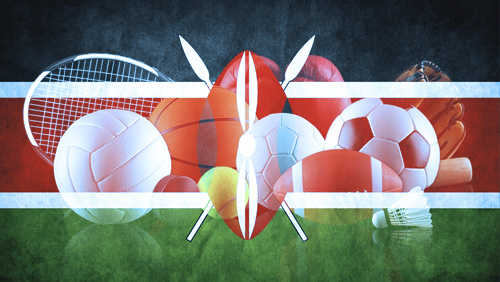 Kenya’s biggest sports betting firm, SportPesa on Wednesday fired all of its 400  employees. This came after the government failed to renew the firm’s license in July, on tax evasion allegations. The money in question involves tax withheld from winners following the introduction of a new law that requires betting firms to withhold 20 percent of the proceeds of gamers’ wins and remit the same to the tax authority.

SportPesa and Betin, two of Kenya’s largest betting firms challenged this new law in a suit against the tax authority. They lost the case, but despite having been declared by the taxman as compliant on the 3rd of September, the government refused to renew the firm’s license to operate.

How does this hurt sport?

Though betting is considered a social ill in Kenya, betting these firms had invested heavily in the promotion of sporting activity in the country. The Kenya topflight football league had for the last two seasons have SportPesa as their title sponsors. Currently, the league is running without a title sponsor. Title sponsorship allows all teams playing in the league to earn money which they use to supplement their operational costs. For smaller teams, especially those joining the top league from lower leagues, this money helps them do more than pay players, they use it to cover travel costs when having away matches and at times even to sign better players. Currently, new teams in the league which are not financially stable have to fundraise to meet their obligations.

Other than sponsoring the football league, SportPesa were the shirt sponsors for AFC Leopards and League champions Gor Mahia, two clubs with the biggest fan base in Kenya. The two clubs are currently facing a financial crisis which at one point forced the government to step in and buy air tickets so that they could honor a continental tie in Algeria, situations like this were unheard of when they had sponsorship. Currently, the same club has two players who are fundraising for treatment as the club cannot afford to pay for their medical needs.

Other than football, SportPesa has sponsored several other sporting disciplines like boxing, rugby.

The announcement came just days after another betting company, Betin, announced that it will be terminating contracts of all its employees, citing redundancy. The two firms have not been operating for two months since the government refused to renew their license in July.

The 400 employees terminated by SportPesa together with those that will be terminated by Betin at the end of the month will add to the 7 million Kenyans who are currently unemployed. Clearly, the government also stands to lose on the revenue they earned from these firms.

So why would the government refuse to renew license of firms that are giving back to the community through sports, and have been tax agency of any wrongdoing?

More than meets the eye

Was this the intention? Was it fair to deregister a company that has invested to become an industry leader just to provide an opportunity for smaller players?

Sports betting has become a popular pastime activity in many parts of the African continent. Like any other form of gambling, it can be dangerous to the society if not controlled. This is, however, the same as other social ills like tobacco smoking and alcohol consumption. How have governments dealt with these?

“Sin tax” is a taxation tool that has been used by governments over time to discourage consumption of certain goods and services. The tax measures introduced by the Kenyan government on earning from betting was a sin tax. Moving on to deregister dominant players in the industry without proper explanation is akin to shutting down alcohol and cigarette manufacturing to discourage drinking and consumption.

There is a growing concern across the continent over the increasing popularity of sports betting. Different countries are grappling with devising policies which they expect will slow down the negative aspects of gambling. Even as they take these steps, governments must ensure that they find a balance between protecting jobs and investments, promoting the growth of sports and nurturing societal values.