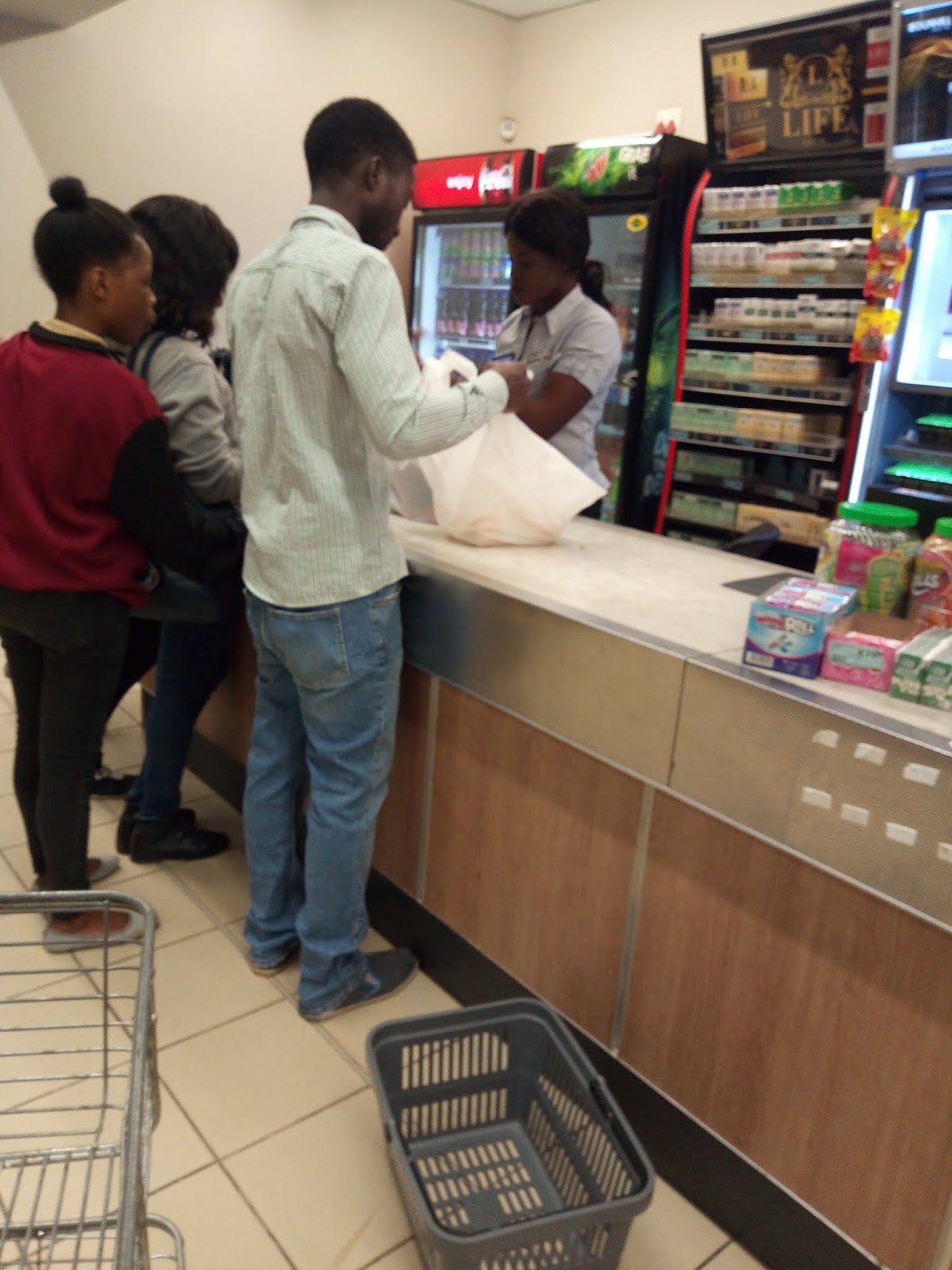 Several multi-national chain stores countrywide have started implementing government’s ban on the sale and distribution of carrier plastics bags to customers in Zambia.

So far, Shoprite, Pick and Pay and Game Stores have started providing alternative plastics to their customers.

Shoprite, which is one of the largest retailers in the country, has supplied recyclable plastic carrier bags to all it’s 35 stores countrywide.

The recyclable bags are still yellow but clearly labelled for customers to distinguish them.

The chain store has even placed huge sign posts at the entrance and exits of its stores to sensitise its customers on the use of recyclable plastic carrier bags.

Shoprite Zambia General Manager Charles Botha has told this blogger that in line with the Ministry of Water Development and Environment, the chain store has started supplying recyclable plastics to it’s customers.

Mr Botha says Shoprite is proud to be involved in creating a better environment for the country by sensitising consumers on the use of alternative plastics.

“My advise to the customers is that these recyclable plastics can be used up to four times. By reusing them, we will reduce the number of plastics in the environment,” he said.

And a check at Shoprite stores at Mukuba Mall and Matuka Avenue in Kitwe, found the recyclable plastics being offered to consumers at a fee.

The small one is being sold at five ngwee while the big one is going at K1.

However, the old plastics are still being given for free as Shoprite still has old stock.

And at Game Stores and Pick And Pay branches at Mukuba Mall and in town center, management has placed notices on the use of recyclable plastics and alternatives.

Pick N Pay is giving out white plastic bags though for now they are not yet labelled.

Meanwhile, the Zambia Environmental Management Agency (ZEMA) says it is legal for supermarkets to charge customers for the recyclable plastic carrier bags.

The recyclable plastic bags are being sold at K1 and the chain store is not giving out the old stock.

ZEMA Corporate Affairs Manager Irene Chipili has told this blogger that the Extended Producer Responsibility Regulations allow chain stores to provide alternative plastics which are environmentally friendly at a fee or for free.

“Chain stores supplying plastics below 30 microns to customers are legally allowed to provide alternative carrier bags at a fee. So those who are selling are allowed, it is not illegal,” she said.

And an environmentalist says the Statutory instrument has brought some business to those who wish to invest in sustainable products.

“This also is a chance for local designers and tailors make cloth bags and let those dominate our market so that eventually we completely deal with Carrier Bags and begin to use and reuse cloth bags,” says Geoffrey Daka.

He adds that plastic has not be banned but plastic below 30 microns is what has been banned through the SI.

Mr Daka says: “The beauty with 30 microns thickness plastic is that it can be recycled. In an event that chain stores move a step further, they can have more alternative bags to plastic bags so that there is encouraged reuse of the alternative bags.”

In December 2018, the Ministry of Water Development and Environment issued Statutory Instrument number 65 of 2018 which banned the use of plastic carrier bags.

The statutory Instrument outlined a number of alternatives and prescribed February 14, 2019  as the start of the implementation for the ban on plastics.

The Statutory Instrument (SI) on carrier plastic bags is aimed at discouraging the public from using plastics which are non biodegradable.

For companies that do not comply with the SI, they face a fine of K90,000 on three years imprisonment.