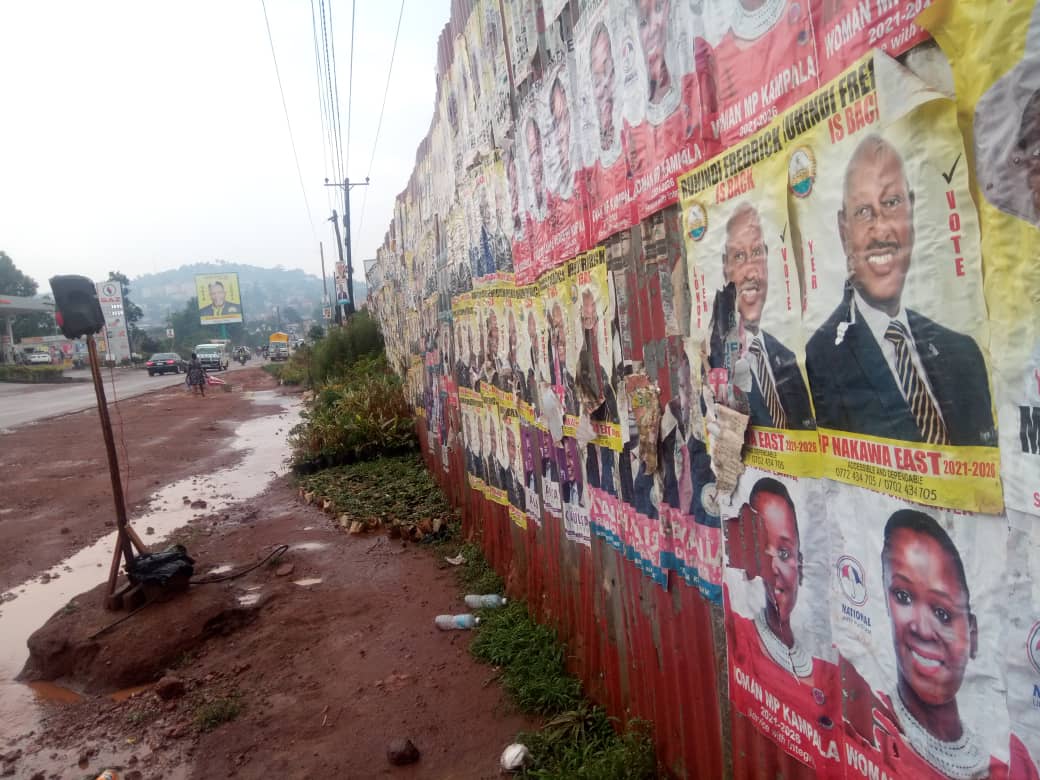 Ugandans are going to the polls today (Thursday, 14th January 2021) to decide whether 76-year-old Yoweri Kaguta Museveni who has led the landlocked East African country since a January coup in 1986 will get another five years in office, or if the newcomer firebrand 38-year-old opposition politician Robert Kyangulani Ssemantu or any of the nine other candidates will succeed where several others have failed.

Uganda has over 18 million registered voters but it’s too early to tell what the turnout will be like bearing in mind the current tensions. The campaign period in these elections has been marred with violence, harassment against opposition politicians and their supporters, arbitrary arrests and detention of human rights activists and stifling of press activities. Uganda’s Inspector General of Police Martin Ochola is on record justifying police attack on journalists claiming they have “been beating journalists to restrain them from going where there’s danger.” More than 50 people were killed by the police during the campaign period, most of them opposition supporters.

There are reports of huge deployment of security forces in the capital, including military personnel who have taken rooftop positions in buildings across major towns.

Today as the country votes, most of parts of Uganda have had their internet connection either completely shut down or operating at very slow speeds. Access to social media has been blocked across the country for two days now.

Our internet is off…I have just been able to get online because I am working with the Electoral Commission (EC). It is scary. Only the EC has access so I came for accreditation.

“Uganda Communications Commissions (UCC) hereby directs you to implement a temporary suspension of operation on all your internet gateways and associated access points,” reads part of a letter to sent out to network operators (ISPs) by the industry regulator.

This suspension should take effect at 7 PM this day of 13th January 2021 and continue until otherwise directed.

Internet shutdowns during elections are not a new phenomenon in Africa. In October 2020, Tanzania shut down its internet services on the eve of a hotly contested presidential election which the incumbent John Magufuli won 84 per cent of the vote. While there were not as many shutdowns in Africa in 2020, the continent lost USD 5.3 billion in 2019 to such shutdowns. Other than economic impacts, shutdowns allow authoritarian regimes to restrict the flow of information, thereby restricting international scrutiny.

The phone and internet shutdown has made it difficult for journalists and aid workers to document and confirm reports of the situation on the ground, Ethiopians outside the region have also been cut off from their relatives in Tigray.

– Human Rights Watch, in reaction to shutdowns in parts of Ethiopia last year during the Tigray conflict.

The US ambassador to Uganda on Wednesday recalled an election observation mission in  Uganda after the electoral commission decided to deny more than 75% of the US Embassy accreditation requests.

Sadly, I announce 🇺🇸 decision not to observe #Uganda’s elections due to @UgandaEC’s decision to deny more than 75% of our accreditation requests (see https://t.co/QmNqFHQFmg). A robust contingent of observers, including local entities, promotes transparency & accountability. pic.twitter.com/66nV9M52mU

There has been a heavy deployment of the military in armoured trucks across major towns in the country adding to the tense atmosphere already being witnessed even as elections are underway.

This seems like a “dont you dare message”. Voting wisely is the best option for Ugandans. All the best today. 💪🏿💪🏿#UGDecides2021 pic.twitter.com/AqZNJ5v3SH

Opposition politicians were as late as yesterday complaining of their agents being denied access to some polling centres while in some cases their party officials were arrested while trying to provide agents with their appointment letters.

President Museveni of the National Resistance Movement has been ruling the country with an iron fist meeting out violence to his harsh critics and opposition. Former army commander Mugisha Muntu, Norbert Mao, Joseph Kabuleta Kiiza and six others are also running for the country’s top job.