Kenya 2022 Elections: Transparent or not? 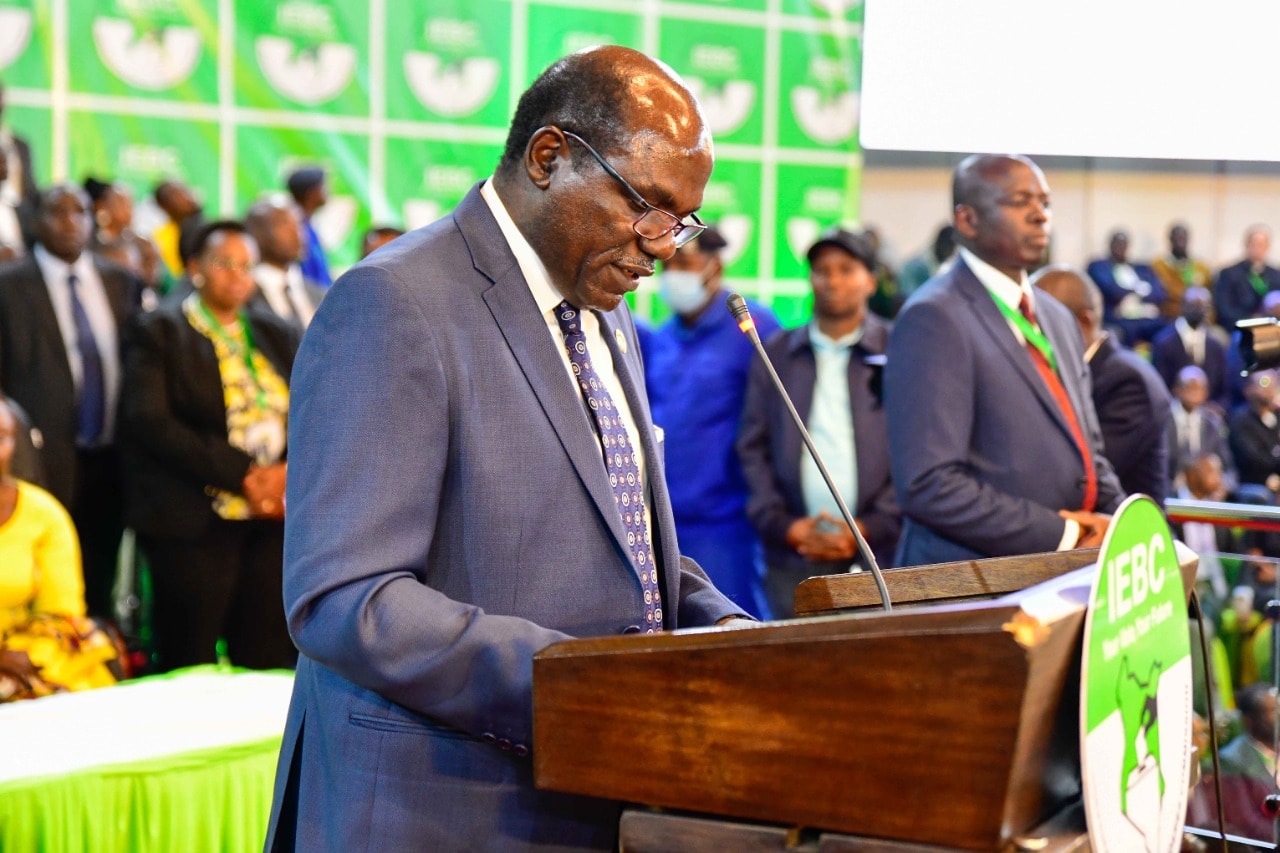 After six days of anxiety following the August 9th, 2022 presidential elections, the Independent Elections and Boundaries Commission (IEBC) declared William Ruto the winner. Just a few moments before that declaration, a section of the IEBC commissioners walked out and declined to lend credibility to the final process.

In a press briefing beamed live from a Nairobi hotel, the commissioners claimed the election result verification process was “opaque” and as such, they disowned the results. This despite the law vesting the power of declaring a president-elect on the person of the Chairman, of the IEBC.

The four commissioners led by Juliana Cherera (vice Chairperson), Irene Cherop, Justus Abonyo and Francis Wanderi cast doubts on the last process before the declaration of the results, even without giving any evidence or specific reference to violation of the process.

In a separate press briefing from a Nairobi hotel today, which was suspiciously timed to end just before another media briefing by Mr Raila Odinga, Ms Cherera and her colleagues claimed a number of irregularities in the manner in which the results were declared, terming it a nullity.

The commissioners claimed the commission chair, Wafula Chebukati, did not allow them access to the tallying process. This is despite the commissioners being part of the highest decision-making organ of IEBC. The four commissioners have been members of the IEBC since September 2021 and participated in the process of planning the voting, result transmission,  verification, tallying and declaration of the winner.

It is indeed absurd that a Vice Chairperson of the commission could claim that they could not verify the tallying process despite being on the floor of the national elections tallying centre for six days and participating in the verification of results on live TV for days before bolting out hardly an hour to the announcement time.

The tallying that was being done by our technical staff was not known to the commissioners until around 4:30pm when Chebukati brought the results tabulated. He did not give us an opportunity to discuss the results…he just said ‘these are the results of each particular candidate’ and therefore he is going to read them.

When the commissioner says, “he did not give us an opportunity to discuss the results,” what kind of discussion did they expect to have on the results, to amend the outcome perhaps?

The real absurdity was in the runaway commissioners’ attempt to discredit the final results saying the tallies added to more than 100% of the votes cast on a simple rounding-off error. Of course, an error of whatever kind in a significant election like this one should be of concern, but the manner in which this error was stretched is nothing but appalling.

Her assertion of the impact of this error was grossly exaggerated. 0.01% of the votes cast only amounts to 1, 420 votes which would have little impact on changing the outcome despite the close margins between the candidates. Dr Ruto garnered 7, 176, 141  votes while his closest challenger Mr Raila Odinga got 6,942, 930 votes. The difference between the two is 233, 211 votes.

Needless to say, this has become the social media joke of the day.

Mr Odinga has since rejected the results and accused Mr Chebukati of presiding over fraud. Interestingly, other than the timing of the two press conferences, the wording of the statements bore a lot of similarities that kept me questioning whether there was a comparison of notes before they were held.

Were the commissioners in their vague statements and poor arithmetic trying to cause a narrative that was being choreographed by persons outside the commission? The election period had seen people close to the government side claim that secret state machinery, christened “deep state and system” will be deployed to sway the election results in favour of Mr Odinga who had the support of the incumbent.

As Aljazeera reported earlier in the month, Mr Kalonzo Musyoka, a close ally of Mr Odinga and one-time running mate was among the first politicians to mention the involvement of the powerful shadowy cabal. He claimed ““Kenyans must know that there is a ‘deep state government,” he said. “A country is never run by these politicians who shout [the] loudest.””

Some of the commissioners evidently had not even had a change of clothes since they gave their press briefing on Monday, which is making me question if they are operating on free will or are being manipulated by the said shadowy figures.

So what is everyone else saying?

The US Embassy, Nairobi has congratulated Kenyans for holding peaceful elections. In a statement they said:

The U.S. Embassy congratulates the people of Kenya for exercising their right to vote in the August 9 election.  We commend the active participation of Kenya’s political parties, civil society, and citizens in shaping robust discussions throughout the campaign period.  We applaud the efforts of the Independent Electoral and Boundaries Commission, security forces, and all electoral institutions to organize a peaceful and orderly voting and counting process.

Under the leadership of Chair Wafula Chebukati, the IEBC declared William Ruto as the winner of the presidential election.  This is an important milestone in the electoral process.  Going forward, we urge all parties to work together to peacefully resolve any remaining concerns about this election through existing dispute resolution mechanisms.  We ask all political party leaders to continue to urge their supporters to remain peaceful and refrain from violence during the electoral process.

The local elections observer group, ELOG, in a press briefing held in Nairobi on Tuesday said the election results declared by the IEBC tallied with projections.

Of these, 1000 Parallel Vote Tabulation (PVT) observers were carefully recruited, specially trained and deployed to a nationally representative random sample of polling stations. ELOG’s PVT estimates are consistent with IEBC’s official results for the 2022 presidential elections. In light of our assessment of the Election Day processes and given that IEBC figures fall within the projected ranges, the PVT projections, therefore, corroborate the official results.

Regional heads of state and leaders have sent their congratulatory messages to the president-elect since Monady evening. Among the first was Zimbabwe president Emmerson Mnangagwa, Ethiopia Prime Minister Abiy Ahmed and former Somalia president Mohamed Farmaajo.

Let me also salute President Uhuru Kenyatta for his statesmanship and exemplary leadership to the people of Kenya, & the profound legacies of his administration in infrastructure, education, healthcare reforms and tourism, as well as his strong influence & support on regional security

My heartfelt congratulations to the President-elect William Ruto and the people of the Republic of Kenya for holding free, fair and peaceful elections. We urge all the parties to preserve peace, and disputes be resolved by existing competent legal mechanisms. Idumu jumuiya yetu.

Similar messages of goodwill have been received from Rwanda, South Africa, Nigeria and Somalia.

The IEBC on the date of the election, 9th August submitted original election results declaration forms from the over 46,000 (form 34A) polling stations to a public portal in real-time from the voting centres. This platform allows anyone accesses to the documents which they could use in their own tallies of the election results.

According to a previous supreme court ruling, form 34A is the original election result record. Those casting doubt on the results of this election have not challenged the records available in this primary data election data source.

Let me conclude by quoting a tweet from my colleague Patrick Gathara that aptly summarizes my opinion on the conduct of this election, “for once in a Kenyan election, the IEBC was transparent and police restrained, and it was the media (when they stopped broadcasting their counts), the dissenting commissioners and the campaigns who were opaque. They may have genuine issues but Chebukati has put them all to shame.”