Who Can Challenge Macky Sall? 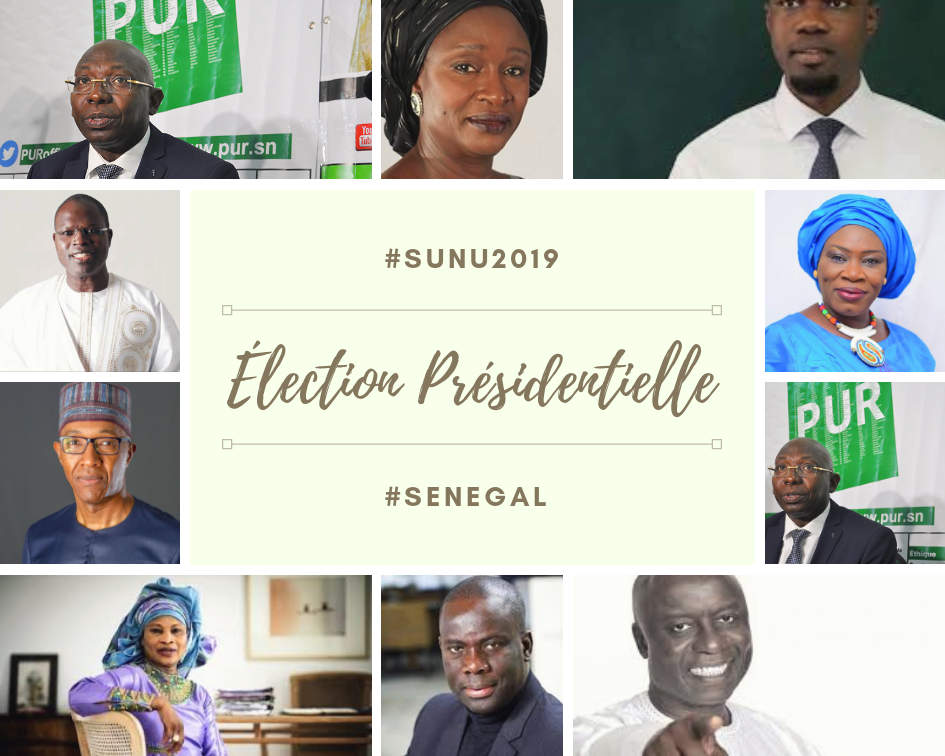 In 2012, civil society opposition parties’ demonstrations enabled Macky Sall to be elected President of the Republic. The leader of Coalition Macky 2012 had won 26.19% of the vote in the first round, followed respectively by:

The combined backing of these unsuccessful candidates enabled him to win 65.80% in the second round and become the 4th President of the Republic of Senegal.

As soon as he took office, he announced the end of the traditional Senegalese political parties: “I shall reduce the opposition to its simplest expression”. Today, less than six months away from the presidential election, it seems that President Macky Sall has kept his promise, given the political reality prevailing in Senegal. What has become of these influential leaders who propelled Macky Sall to power?

He was the first to declare that his party, the Alliance des Forces du Progrès (AFP) would not field a candidate at the next presidential election which, it must be remembered, was scheduled to take place in 2017, following a promise, not kept, by President Sall to reduce his term from 7 to 5 years.

This decision led to a split and the departure of his number two who is now a candidate in the 2019 presidential election.

From his elevated perch in the National Assembly, cloaked in the prestige of his position as its President, Moustapha Niasse brooks no dissenting note from these supporters. These officers occupy key positions in the State apparatus.

To reinforce his position in the Benno Bokk Yaakar coalition (BBY, Wolof for United in Hope), President Niasse declared on one of these departures: “The AFP (Alliance of the Forces for Progress) will not allow a rag-tag group of disappointed, hate-filled proven incompetents to work to destabilize the country which for twelve years was trapped in the vice of unhealthy and populist governance with all its resulting economic, social and cultural consequences.”

It would appear that “the intrepid captain of Benno Bokk Yakkar” (Macky Sall) has managed to sink the AFP ship.

First Secretary of the Socialist Party since it fell from power in 2000, Ousmane Tanor Dieng is the leader of the “Verts de Colobane”.

He joined the Senegalese Democratic Union (BDS, founded in 1948 by Léopold Sédar Senghor) and which became the Socialist Party in 1976 via the Senegalese Democratic Union (UPS) and the Senegalese Populist Bloc (BPS). This party shaped the Republic of Senegal from 1960 to the fall of Abdou Diouf in 2000. It also fielded a candidate at every one of Senegal’s presidential elections. It must be conceded that since the fall of the socialist regime in 2000 a considerable drop has been recorded in the socialist electorate. For the first time, this party has decided not to field a candidate in a presidential election in favour of supporting the outgoing President Macky Sall, President of APR and Benno Bokk Yakaar coalition candidate. Could this unprecedented absence be linked to the relocation of its first secretary Tanor Dieng to the presidency of the newly established chamber of the High Council of Territorial Communities?

He has remained steady. The officers of the president of the Rewmi Party had joined the first government established by Macky Sall, and participated in parliament under the banner of the BBY coalition. But the vagaries of political life combined with the pleasures of power cost Rewmi the defection of a number of its influential leaders, who have given their seat priority over their beliefs. He has declared his candidacy for the next election and he remains one of the most serious challengers to the existing regime.

Son of the former President of the Republic of Senegal, currently exiled in Qatar after a spell in the famous Reubeuss prison where his father had many stays. He has been declared the candidate for the Senegalese Democratic Party (PDS).

No one seems to know the precise reasons for his exile but his prolonged absence is beginning to decimate the ranks of PDS.

One of Abdoulaye Wade’s staunch lieutenants, the lawyer Madicke Niang, is accused by Wade of being behind a petition within the party to choose another candidate if it turns out that the prodigal son is unable to return to the land of his fathers. This week has featured epistolary exchanges between Abdoulaye Wade the leader of the Sopi coalition (Sopi means change in Wolof) and Madicke Niang.

In a letter to the press, Abdoulaye Wade reiterates that the PDS has no plan B and that Karim Wade is the only candidate who will contest the election under the banner of the said party.

The battle for succession is looking tough, as is often the case in African political parties, and an outcome like that of Habib Bourguiba is predicted by large numbers of political pundits. This party is very much weakened by the multiple instances of transhumance and the extended absence of the declared candidate.

He has been in detention for the last 18 months. There is no doubt that this is a political trial and Senegalese justice is taking a heavy battering from the various decisions, but especially through the failure to respect the decree handed down by the ECOWAS Court of Justice, the immediate legal consequence of which was the immediate release of the Mayor of Dakar.

The final blow dealt by the President of the Republic was the revocation order stripping Khalifa Sall of his position as Mayor of Dakar.

He is regarded as the worthy heir to the PS having served his time in the party. He resisted the temptation to move to new pastures following the party’s fall from power and kept the ship afloat by supporting the secretary general.

But now he is the ousted son, dismissed by his peers for having refused to run for a second term as the Mayor of Dakar under the banner of the BBY coalition.

Also a former number two, he had chosen to quit PS and support Moustapha Niasse when AFP was created. His dramatic departure from the Government officially marked the end of his partnership with his mentor Moustapha Niasse. Today he seems to be ready to seek the votes of the Senegalese people.

The New Faces of the Senegalese Political Class

This former official of the State of Senegal turned people’s Deputy seems to be ready to go into battle according to a Senegalese internet pundit Brice Dier Koue:

1- He has punch and daring: these two factors are currently necessary to challenge the status quo.
2- He talks revolution and evolution, something that Senegal needs right now.
3- He raises the level of political debate: at least there is a little substance in the discussion now. There is even an attempt to talk figures, while previously, there was only talk about persons.
4- He seems courageous without being “suicidal”, shrewdly avoiding making empty claims.
5- He is productive: a politician who writes, facilitates discussions, and has been doing so for a long time.
6- He is young and intelligent.
7- He encourages others to be transparent by himself appearing transparent.
8- Even physically (look and style), he appeals to the young people of Senegal.
9- He has served the administration and apparently remained “clean” throughout his period of office.
10- He changes the way political activity is conducted.

Aguibou Soumaré, Abdoul Mbaye, both prime ministers to Wade and Macky Sall respectively, have occupied the highest realm of government in the country, are familiar with many aspects of it and are now laying siege to power.

The Amazons Declare their Candidacy

Six women have declared their intention to run in the next election. Some of them are known in the political world and others are essentially completely unknown to the general public. Aissata Tall Sall, Aissatou Mbodji and Ndella Madior Diouf are experienced politicians, as mayors and deputies in the case of the first two, and have held high office in their respective parties before deciding to chart their own course.

Amsatou Sow Sidibé ran in the previous presidential election with the slogan “Car Lennen”, and hopes on this second attempt not to bring up the rear.

Yacine Fall and Nafissatou Wade are largely unknown to the general public, which became aware of them only when they declared their candidacy.

A Plethora of Contenders

Eighty-seven individuals took the nomination form at the meeting held by Ministry of the Interior. They must collect signatures from at least 0.8% and a maximum of 1% of the voters’ roll distributed over at least 7 of the country’s interior regions. To date only the Parti de l’unité et de Rassemblement (PUR) claims to have gathered the requisite number of signatures. The other candidates are still at the stage of declarations of intent. Candidacies must be validated within 35 days of the election scheduled to be held on 24 February 2019.

The electoral campaign for the 2019 presidential election has been launched, a six-month period in which the Government, the administration and the civil service will dance to the tune of seeking sponsorship. Proof of this is the launch of the coalition in power’s sponsorship campaign to which the entire Republic was invited and danced to the tune of the President himself. This will go on for the next six months in an effort to support the hope of keeping one’s post and to convince the leader of one’s indispensability.

This electoral process with the new sponsorship system is already eventful and it is far from certain that a basis for a peaceful presidential campaign and election exists. While the hope persists that the contenders for the throne can demonstrate maturity and clarity during this period, to date no one has been able to answer the question: Who can challenge Macky Sall? That is the question.

To be continued on election night.