Zambia Referendum Fails As Less Than 50% Of Voters Show Up 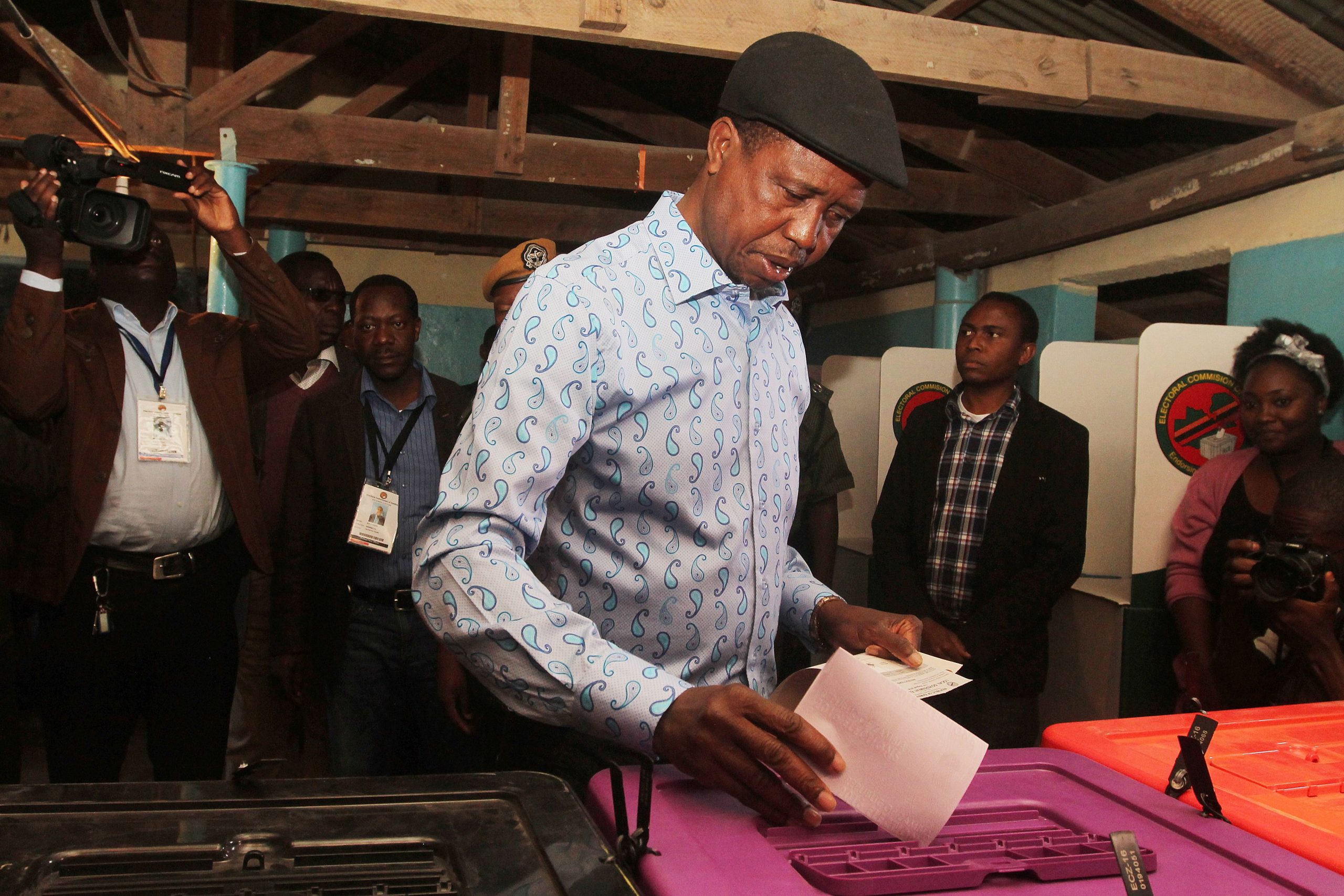 Zambia has failed to pass several progressive human rights amendments to its constitution following the failure by voters to reach the 50% threshold needed to approve the amendments in a referendum.

On 11th August 2016, Zambia went to the polls in a general election which was also tied to a referendum on the bill of rights which had progressive laws. Due to the attention given to the presidential election, the counting and announcing of referendum votes was delayed to allow for the presidential results to be announced first.

According to Zambia’s Referendum Act, the country needs at least 50% of its citizens above 18 years to vote in a referendum. Further, half of those who show up at the polling stations must vote YES for the referendum to succeed.

After voting for President, Member of Parliament, Mayor and Councillor, some voters did not proceed to the referendum booth to also vote in the referendum despite both processes being held in the same polling stations.

Some of the progressive laws which were provided for in the bill of rights were a provision of 19 years as the marriage age, banning of abortion, providing access to information, freedom of the media, social, economic, cultural and political rights and fair trial.

Since the announcement of the referendum results, some Copperbelt-based civil society organisations have told this blogger of their disappointment.

“We are disappointed that the referendum has failed. We had hope that if the bill of rights was passed, we were going to be granted access to information which we have been championing for years. We also hoped that the public media would be given freedom. But this now means we get back to our drawing boards and start pushing parliament to enact the access to information bill,” said Andrew Sakala, President of the Press Association of Zambia.

Since 2002, the Zambian media has been involved in a back and forth game with governments for the access to information law to be taken back to parliament for enactment.

Not much progress has been made in realising this dream as successful governments have been failing to take back the bill to the floor of the house since its withdrawal from the standing orders 14 years ago.

For those involved in governance issues, the failure of the referendum means a major setback to their countrywide advocacy activities in the past three months.

“We are very disappointed by this development. We blame opposition parties who politicised this process. They campaigned against the referendum and now the people of Zambia have been denied their social, economic and cultural rights. This should be a lesson to Zambians and they should know that some parties don’t mean well,” said Gerard Mutelo, President of the Kitwe-based Democratic Governance and Human Rights Advocates.

For some governance activists, the failure by Zambian voters to pass the bill of rights has hurt them hard.

“We are disappointed and annoyed. We spent a lot of money in sensitising the masses. What have the opposition parties gained in this…… People are not celebrating this development…. What have they achieved?” said an angry looking Poster Jumbe, the Copperbelt Province Coordinator of the Anti-Voter Apathy Project, a youth-led organisation which champions the involvement of young people in public affairs.

Among other provisions, the bill of rights called suggested 19 years to be made the marriage age in light of the conflict between customary and statutory laws which recognise marriage at different ages.

“It is very disappointing that the bill of rights has not been passed. We hoped that if it passed, it would have raised the marriage age to 19 and helped stop early marriages which are rampant in Zambia,” said Sharon Chisanga, the Copperbelt Province Coordinator for the Young Women Christian Association.

Ms Chisanga coordinates several programs aimed at discouraging early marriages which are common on the Copperbelt Province which has the second highest rate among Zambia’s 10 provinces.

If passed, the bill of rights would have also outlawed the detention of pregnant women. Currently, pregnant women can be jailed and several women are incarcerated and raise their children in prison.

The bill had also provided for quick trials to avoid the common practice of suspects spending months and possibly years before their cases are disposed off by the courts of law.

With Zambia’s conservative society, the country added a clause which defined marriage as union between two people of opposite sex. This clause was clearly stated to avoid any chances of same sex marriages in a country which is constitutionally recognised as a christian nation even though it also respects other faiths.

Before this referendum, the last time Zambia had such a vote was in 1969.