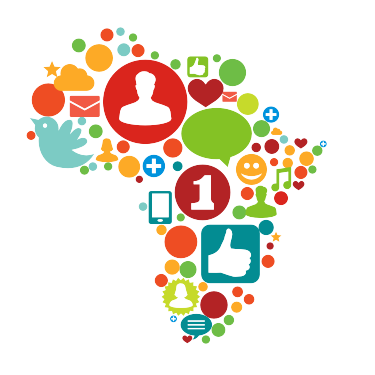 2019 has hardly taken any shape, yet there has already been a succession of Internet shutdowns across Africa. These shutdowns have come as governments attempt to narrow and shutdown spectrums of acceptable opi§nion and freedom of expression. These shutdowns have been affected either as citizens demand justice, better service delivery, human rights and free and fair elections. One can only fear more Internet shutdown as Africa expects 14 more elections this year.

It’s a critical year to test freedom of expression and political tolerance in the region. The main reasons for Internet Shutdown, everywhere is because open Internet offers a platform where ordinary citizens can freely express themselves as well as having mechanism to monitor the abuse of power and malpractice during elections. This is what increasingly authoritarian governments on continent do not like. It is challenges their authority.

Malawi is among the countries holding elections later this year; it is a tripartite election where a new president, members of parliament and local councillors will be chosen. Given the growing wave of Internet shutdowns on the continent, I find the recent pronouncementsby Malawi’s Minister of Information and Communication Technology, Henry Mussa that it has become clear that there are people that are “misusing” social media indicative of what could be laying ahead.

According to a news report by Nyasa Times, the minister thinks social media “might have the potential to create chaos” in the May tripartite elections. Maybe it has the potential; maybe it does not, we will come to this later. First we must be mindful that Africa has a rich history of benchmarking – what happens in one African country always reappear in another African country in one disguise or another. Internet shutdowns are the in thing at the moment and it starts with statements like Mussa’s, this is why such statements need to be challenged right away.

The sad thing for Malawi is that there are many people in the country – including those that are expected to know better who would agree with the Minister’s position entirely, never mind the vagueness of the Minister’s language. Mind you, the Minister is a politician and his comments/ views are not value-free. What constitutes to “misuse” of social media? Who determines/ defines it? The thing with such vagueness is that it provides room for authorities to abuse their powerful positions when it suits their economic and political interests. If social media has issues that need, addressing, such issues have to be stated in law and regulations, and it is a duty of the courts to interpret such laws, not politicians.

It is easy for anyone to find and pick cases indicating that people’s rights and dignity are violated and hate speeches have been uttered. These issues have to be checked and it is also true that it will always be there, it part of the society – on and offline. Yet, the solution is to have laws that can be enforced to punish the culprits not shutting down that Internet because doing so would be violating other people fundamental rights. Experience shows us that governments in Africa and elsewhere often use this as a ploy to censor and closedown voices they disagree with.

Internet, through various forums, including social media is a key tool for freedom of expression, which does not only allow people to express themselves freely but it also allows them to hear the opinion of others; it provides a room for open and free deliberation of ideas so that truth could be determined and policies could be drawn on correct information. These are fundamental issues in democracy, without which democracy itself is compromised. It is the duty of government to find means of protecting its citizens without undermining rights and freedom of others.

It is important to realise that social media is not only used in Africa – people have issues with it everywhere but only African government are eager to shutdown the Internet or make threats about it as if our corrupt leaders and governments have any moral higher-ground when it comes to promotion of human rights and protection of civil liberties. Why are these leaders only worried about the plight of their citizens on social media while majority of their citizens can hardly afford three meals a day if at all?

It is very instructive to realise that no government in Africa has ever shutdown the Internet or condemn social media “abuse” at a time when that government has a lot of support from its citizens. So it is incumbent on the rest of us citizens to be proactive and ensure that political leaders and government make decisions and policies that are in tandem with the law, which is designed to uphold and protect people’s freedom and democrat rights.