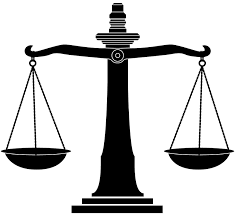 In 2014 Uganda passed and Anti Pornography Act. Three years later anti pornography committee was put in place to enforce the Act, this committee hounds and hunts for women whose nudes have been published non-consensually, they investigate the women, they ask how the nudes got onto the internet, they chase after the victim while the perpetrator gets away scot-free.

Of all the one hundred and one problems Uganda has, including a huge national debt, unemployment, dilapidated infrastructure, poverty, poor healthcare, corruption, the committee was given 2 billion shillings which in my opinion is a misplaced priority. I wonder what they do besides policing women’s bodies because Ugandans can access pornographic sites even without the use of a VPN.

This money could be dedicated to ensuring that more women are connected to the internet, a tool women have found as a voice, where they speak truth to power, use to advance their careers, a great tool for information. But the patriarchy crawls into the internet – what is on the internet is a reflection of the society. There is spiteful misogyny, hurtful outright sexism that targets confident women especially that are vocal and show agency in order to silence them, this vice rubs off on other women that are online subduing some to self-censorship. It is ironical that the Computer Misuse Act, 2011 doesn’t apply when women’s privacy is violated, only applies when it affects those in power, to crackdown dissent- like the case of Stella Nyanzi.

When pictures have been shared online, Google, Facebook and other intermediaries when requested to take the photos down, sometimes comply because they have moved towards protecting women online.  For the victims, the glass seems shuttered, picking up the pieces seems like a hard task, as women that has a following online, breathe, come back with a bang, women’s bodies are is not a shameful thing that society has made them to be.