Home » General » Anglophone crisis: will the Great National Dialogue be a monologue?

Anglophone crisis: will the Great National Dialogue be a monologue? 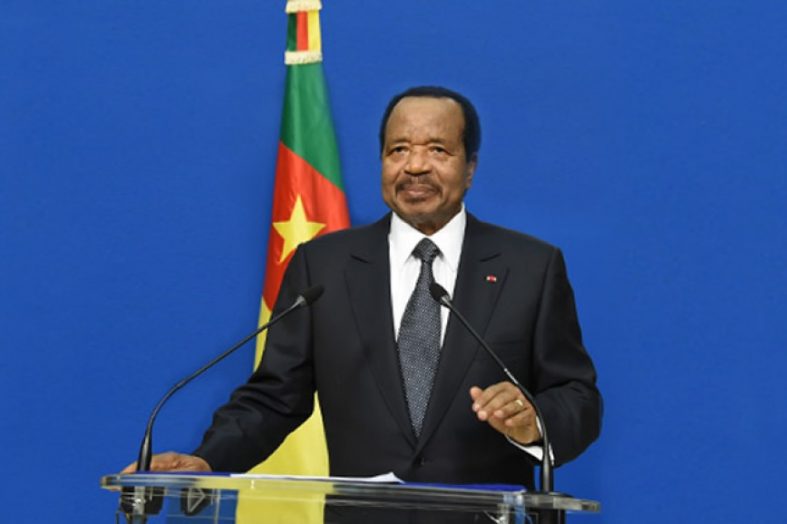 The Great National Dialogue that was scheduled for the end of September in Cameroon is likely to be held without the participation of the most radical opponents to the Yaoundé regime.

In an address to the nation broadcast Tuesday, September 10, 2019, the President of the Republic of Cameroon announced that a Great National Dialogue will be held at the end of September. The event will aim to provide solutions to the Anglophone crisis, which for the last three years has been causing major damage to the education sector, the national economy and social cohesion. While the hosting of a dialogue on the Anglophone crisis may be beneficial to ease tensions in the area, we shall question the effectiveness of such a forum in light of certain elements from the President’s speech.

Assessment of the issue

From the speech made by Paul Biya on September 10, 2019, it is clear that the President poorly assessed the issue that led to the crisis that has been raging in the Anglophone area for more than two years.

When, at the end of 2016, lawyers and teachers decided to take to the streets, it was to protest against a certain marginalisation of which the nationals of the Anglophone areas are victims. Indeed, still to this day, a provision in the Constitution of Cameroon is trampled upon: English and French, the two official languages of Cameroon, are not of equal value – as the constitution of Cameroon requires.

In universities and colleges, most of which are located in the Francophone area, French is given preference. Young Cameroonians holding a GCE have difficulty pursuing higher studies, especially since for some, they have to relocate to Yaoundé, Douala, Ngaoundéré or Dschang to go to university. Colleges are also mostly located in the Francophone areas. The supremacy of French over English drastically reduces the chances of Anglophones to integrate into these schools.

Also, extreme centralisation is an issue: all the ministries in Cameroon are located in Yaoundé, and some operations that cannot be carried out in the regional delegations. Of course, the language of choice in these ministries is French.

Naturally, this situation gives the Anglophone citizens the feeling of being less important than their Francophone counterparts. And to make matters worse, the administrative and judicial authorities in the Anglophone areas are sometimes Francophone.

The other reason that lead the teachers to organise the strike at the end of November 2016 is what they called the “francophonisation” of English education. This is the consequence of the chaotic management of the teaching staff by the Ministry of Secondary Education. Indeed, more and more often, some teachers are sent to institutions where their specialty is nonexistent.

Because of teacher shortages, heads of institutions frequently assign them subjects other than those they are trained for, instead of sending these teachers back to the delegation level for a reassignment. Obviously, these teachers are not proficient in these subjects, and therefore perform poorly. This is the situation that teachers and lawyers wanted to decry in the Anglophone subsystem.

However, President Paul Biya clearly denied this marginalisation in his speech. From his view, the fact that since 1992, there are Prime Ministers from the Anglophone areas, is proof that there is no marginalisation of the populations from the North-West and South-West regions. Unless this is actually not the issue. Among others, it is an issue of equal opportunities in access to education and employment.

Regional balance (in the distribution of ministerial positions and other positions of responsibility) which Paul Biya congratulates himself for is in no way a solution to the francophonisation of Anglophone education or the challenges experienced by Anglophone citizens in terms of access to certain institutions.

If the issue is poorly perceived from the outset, chances are that the proposed solutions will be ineffective. But that’s not all. Within the framework of this National Dialogue, another issue that should be raised is the choice of counterparts.

A dialogue, but “with whom?”

A fact that is both paradoxical and revealing that the speech of September 10 highlights is that the cast of counterparts is likely to be poor. Otherwise, how would it be possible to understand that, three years after the beginning of the crisis, Paul Biya is still looking for counterparts with whom to dialogue to solve the Anglophone crisis.

It’s paradoxical, precisely because we cannot pretend to host a dialogue to resolve a crisis situation, while wondering who we are going to have a discussion with. Who will take part in the consultation? In his speech, however, a number of social, religious or political groups are mentioned. Non-exhaustively, these are MPs, politicians, opinion leaders, intellectuals, economic operators, traditional authorities, religious authorities, members of the diaspora, representatives of the Defence and Security Forces, armed groups and victims.

It is no secret that, whenever they have spoken on the issue, the Anglophone leaders and spokespersons of the various moderate or extremist groups have always requested two conditions to be met before any negotiation with the Yaoundé regime: the unconditional release of those arrested and detained in the context of the Anglophone crisis and the demilitarisation of the Anglophone area.

Although President Paul Biya stated that the representatives of the armed groups would take part in the dialogue, he did not mention any future release of prisoners, let alone a possible demilitarisation of the Anglophone area, or even a simple cease-fire. In other words, it is unlikely that the armed groups will sit at the dialogue table at the end of September.

The other group that will most likely not be represented at the dialogue table is certainly those who call themselves “the resistant diaspora”. These are mainly members of the Anti-Sardinards Brigade (BAS), present in the US and in several European countries, who launched the active boycott of Paul Biya and all his supports (artists, traditional leaders, public figures etc) after the presidential election of October 7, 2018. We still remember the event they hosted in Geneva during President Biya’s last stay at the Intercontinental Hotel, which caused a stir in the Swiss capital.

Like the Anglophone leaders, the BAS refuses to take part in any dialogue until the release of all political prisoners, including Maurice Kamto, their allies and members of their party arrested in January, February, May and June 2019. Like the Anglophone leaders (who reacted in a statement), the BAS promises to intensify the fight, and promises Paul Biya the full-scale boycott of his participation in the UN Summit.

If the two most radical groups (the Anglophone fighters and the resistant diaspora) are excluded from the Great National Dialogue, what will remain? If Paul Biya talks with his allies or personalities who do not actually oppose him, can we still talk about dialogue?

Federalism, the most notable absentee
The last issue that could hinder the holding of the National Dialogue is the agenda. The September 10th speech has the merit of defining the contours of the themes that will be discussed during the dialogue. “It will also focus on themes likely to provide answers to the concerns of the North-West and South-West populations, as well as those of other regions of our country: bilingualism, cultural diversity and social cohesion, rebuilding and development of conflict-affected areas, return of refugees and displaced persons, the education and the judicial system, decentralisation and local development, demobilisation and reintegration of ex-fighters, the role of the diaspora in the development of the country, etc.”

There is no question of discussing the form of the state. However, it is precisely to demand federalism that, in 2016, Anglophone lawyers and teachers went on strike. What can we hope for a dialogue whose goal is to solve an issue, but in which this issue will not be addressed? Excluding federalism, or at least the form of the state from the topics to be debated, also amounts to exclude the Anglophone activists and fighters from the dialogue table.

Towards a monologue?
At the end of the day, it is only legitimate to think that the Great National Dialogue to be held at the end of September 2019 will end up as a monologue. Some players in the socio-political crisis may not want to take part in it, given not only the conditions under which it is hosted (prerequisites for this dialogue to be really inclusive and sincere are not met), but also and especially because the element that led to this crisis, namely the issue of the form of the State, will not be on the agenda.

PS : The Dialogue did take place however without the Separatists faction who want international mediation.