Battling Mental Health in Uganda: A Tale of Bravery 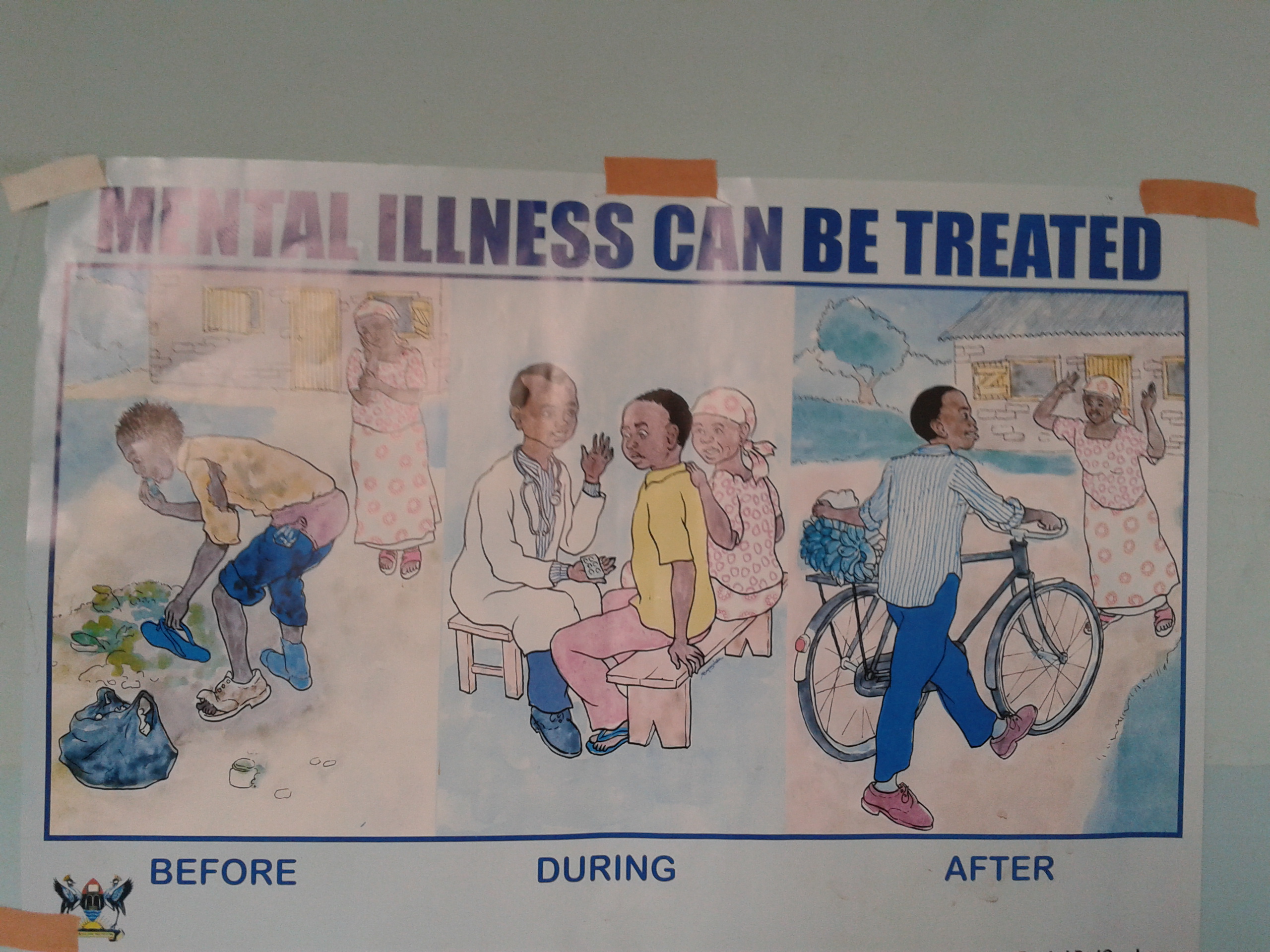 The State of the World Health today is something that we should all very concerned about. The future of who we are as a people mainly lies in how sound we are. The World Health Organisation (WHO) since 1948 has had this at the core of the work that they do: and have thus defined the state of well-being as “a state of complete physical, mental, and social well-being and not merely the absence of disease or infirmity.” They have also gone further to define one of the most important aspects of ones’ wellbeing – and that is ‘mental health’. According to WHO : mental health is “a state of well-being in which the individual realizes his or her own abilities, can cope with the normal stresses of life, can work productively and fruitfully, and is able to make a contribution to his or her community”

When World Leaders turned up in Geneva a couple of weeks ago to talk about the world’s health- a lot was looked into. For example there were conversations on how to create stronger health systems in the future – going forward, how to address the world’s neglected diseases but also some pressing issues. For example: Did you know that every 3 seconds worldwide there is a new diagnosis of dementia? While there is still debate on whether or not dementia is ‘mental illness’, the facts are worrying.

What does that mean for people living especially in communities where health care is still an issue – both in regard to access and affordability?

But then AGAIN- this is why we need to have these conversations. To remind ourselves of the work that needs to be done both on a local and global level.

This then brings me to one of the ‘taboo conversations’ back home, Uganda. Mental health. I say taboo- because research has shown that being mentally ill attracts a lot of stigma in the society. It is a very uncomfortable subject. And yet that has not stopped young people on the continent and especially in Uganda from ‘addressing’ this sometimes very painful subject.

I don’t know much about Liz Kakooza, but I have heard about her and the work that she does with her organization https://thetumainifoundation.com/. And so I asked her a couple of questions: We spoke about her story, how she started out but most importantly how we can join her in the work that she is doing. [This interview was conducted via email]

Mental Health is very personal for me. I struggled with depression for a very long time- since my childhood and then later on in my early 20s slipped into substance abuse and had to go through treatment. I then had to continue to learn and find new ways to lead a functional life dealing with depression. I am still in recovery and I have learnt that not only are there several people ( 1 in 4 worldwide) living with a ‘certain’ mental health disorder at anay one given time. I have also learned the importance of helping others & carrying the message that recovery is possible especially for me as a person. Through starting this foundation, and through the work that I do, I have found fulfilment  being able to work through the journey of recovery along with so many other people we have managed to reach as they go through the same.

The cultural pretext has made our work a lot harder, harder than I ever imagined. In addressing mental health issues and trying to raise awareness and most importantly address stigma, on many occasions I have myself suffered after disclosing that I too suffer from a mental health issue. The feedback based on this has many times been disheartening. But the fact remains that there are at least 9 million other Ugandans suffering from the same issue, and that has kept me going.

Even with the negative feedback, the reception of the idea is and continues to be overwhelming. People have been waiting for a voice, for someone to champion this issue that so many are still afraid to speak of. As I say, it is through sharing of personal stories that we will be able to change the conversation around mental health.

Opening up this space has led many others to share their stories of diagnoses online or in safe spaces. In terms of numbers, because most of my work initial work was done online, I cannot estimate an exact number – some people see and will not comment or respond to the conversations online however I have received so much feedback when I meet people on the streets who appreciate the work we do as the Tumaini Foundation.

From: a) Government & Parliament

And that ladies and gentlemen is how you bring change to society. Liz is doing just that – and while it almost seems like nothing – my heart bursts with pride on hear behalf. The future is bright.