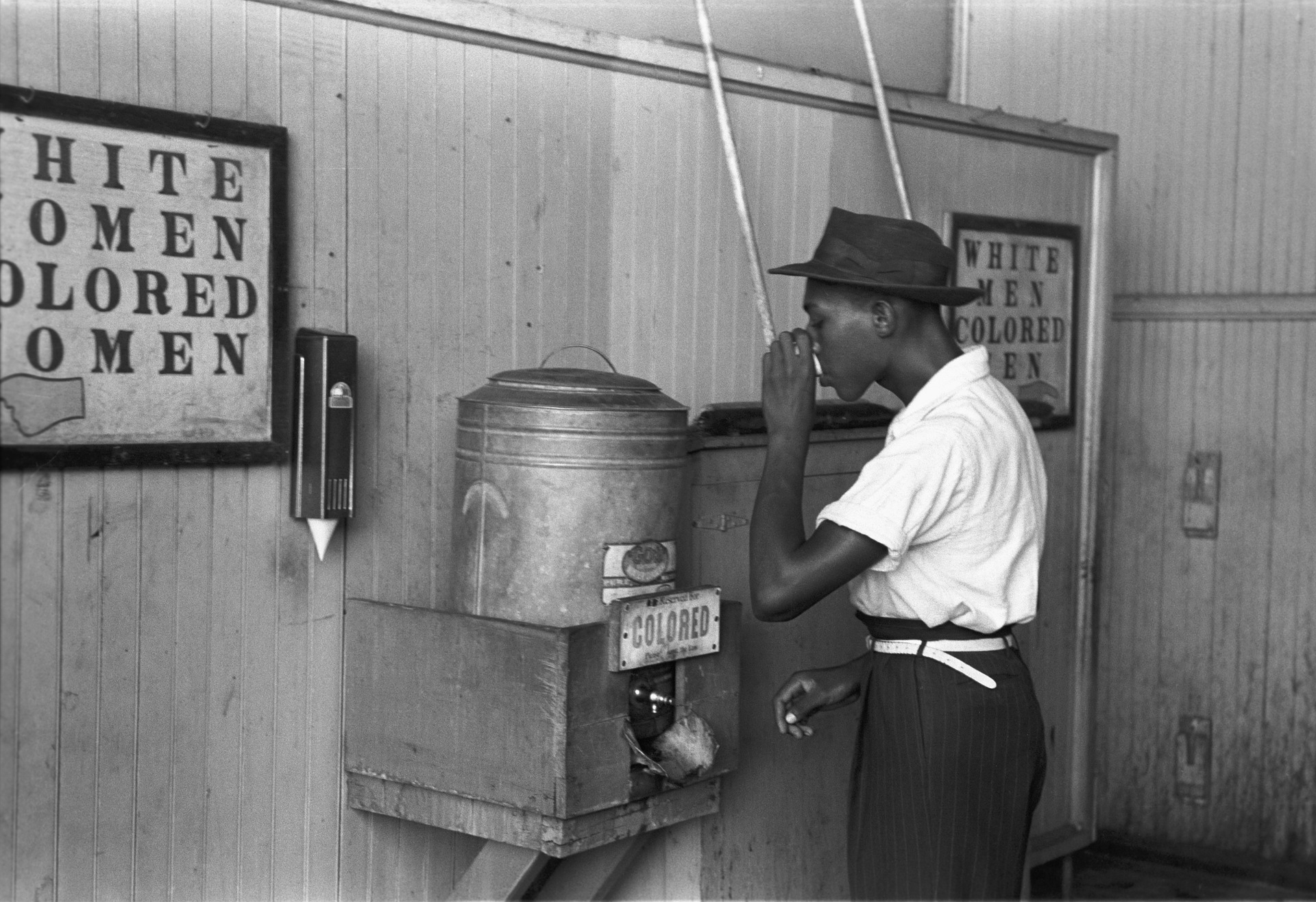 Liberalism has always meant different things to different people. I tried to describe what its fundamental principles are, for me, almost exactly five years ago.

Re-reading that piece, the phrase “I’m by and large a ‘classical’ liberal” stands out, because it wasn’t true then, and is absurd now. At that point, I suppose I thought there was more room for social liberalism in the “classical” camp than seems to be the case now.

Anyway, liberalism has been an unpopular and oft-derided political framework in South Africa for as long as I can remember. And as that 2015 piece linked above says, what “liberalism” means has always been contested.

Today, Frans Cronje (CEO of the Institute of Race Relations – IRR) had a piece published in The Daily Friend (an IRR publication), that explains what “classical liberalism” is, given that what it means “is not always very well understood – especially in Afrikaner circles”.

This matters because the social and traditional media space is dominated by Cronje’s sort of liberal. People emerging into political consciousness, or considering getting engaged in politics, might not realise that liberalism doesn’t need to be that and that there is room to argue for an alternative.

As mentioned a moment ago, I do not want to refute his understanding of things, but rather to express a different interpretation, to play a small part in reminding people that an alternative exists.

To be classically liberal does not mean left wing – as the term ‘liberal’ is used in the United States – but rather quite the opposite. All classical liberals hold dear the following principles.

And that’s a bad start because “left-wing” in the US includes not only (some) liberals, but also (variously confused or informed) variants of Marxists, progressives, anarchists, and more.

Also, a bad start because a common thread uniting most of those folks is egalitarianism, and Cronje tells us right up front that classical liberalism is “quite the opposite” of “left-wing”, which might not be the most strategic of angles to take.

The most important is that society should judge you as an individual based on your own beliefs and personal capacity to be virtuous or sinful. It is wrong to judge people because of their race or ethnicity or ancestry, which is why the IRR opposes all black economic empowerment and race-based affirmative action policies.

Which is all fine, until the last clause. Affirmative action or black economic empowerment does not have to mean judging people by race, except on a very narrow understanding of the pejorative word “judging”. It could mean demographic classification, without the moral implications of “judging” included as a passenger.

And, many liberals of the sort I know would consider overall human flourishing as a good important enough to recommend – or even require – interventions based on criteria that should ideally be arbitrary, such as race, precisely because we want to evolve into a society that doesn’t need to do that any more.

The second is that property rights form the building block of every free and open society and that the state should never have the power to take your property away.

One of the intellectual fathers of classical liberalism is John Locke, who makes one of the most frequently cited arguments for property rights in The Two Treatises of Government (1690).

But Locke was also clear that property rights should hold only if they don’t impede others’ opportunities to acquire something similar; that people should hoard no more than their share of the property; and that wastage of the resources you have a claim to is lamentable.

We can debate for years on how to cash those propositions out, but the simple summary is that even Locke sounds like he would give you an opportunity to explain how land appropriation serves the liberal cause, rather than reaching for a gun (or something else he has a goddamn right to!).

The third is that the government has no place interfering in your business or personal affairs. How you choose to live is your own choice – as long as your actions do not harm anyone else.

I’m more in agreement with this principle than any of the others, but I do think that I’m not the only liberal who can imagine all sorts of interventions that would contribute to liberty in general, even if they impede liberty on a short-term, individual level.

For example, you don’t only fine/imprison people who have motor vehicle accidents (which harm someone else), but you also allow for disincentivising behaviour that tends to lead to such accidents (such as driving while intoxicated).

That behaviour does not harm anyone (or has not, so far, in the hypothetical case) yet the classical liberals aren’t vocal in their opposition to laws prohibiting driving drunk in the absence of consequences.

This is just to say that while the personal liberty point is valuable, it already admits exceptions, and the debate should rather be about what those exceptions should be, and how they are justified, rather than starting with an assertion that exceptions are never justified.

Yes, of course, it’s true that authorities will overreach, and that liberals like me can become complicit in some sort of sheeple scheme, where the authorities take away all my freedoms for “my own good”.

But that’s what a strong and independent judiciary is for – and if one doesn’t have that, the argument is no longer about liberalism as political theory, but rather a pragmatic argument arising from circumstance.

“How much freedom can we achieve under regime X is a different conversation to “What are the ideal political conditions for human flourishing” – not an intellectually robust argument for freedom of the sort described in principle 3.

The fourth is that you can say whatever you like, the only limit being that your speech does not lead directly to the physical harm of another person. If you don’t like what you hear, then get into the debate and make a better argument.

I used to believe this too, but just as with principle #1, this confuses the virtue of the value itself with specific implementations of it over the years, where “silencing” of voices has often occurred on unprincipled or even perhaps arbitrary grounds.

As I’ve said before, J.S. Mill’s classic defence of free speech that informs the principle above was composed long before Twitter mobs existed, and where an idealised version of informed humans served as the model for discourse and democracy.

We now have ample evidence that humans aren’t reliable agents for separating sense from nonsense, nor for deferring short-term benefits for long term gains, and especially not for separating their immediate priorities from the long-term good of the body politic.

So again: of course it’s a societal good that everyone can express their views and that those views can be debated openly. But if you’re living in a world in which someone can buy the majority of your attention through influencing your Facebook feed, J.S. Mill himself would be saying “that’s not what I meant”.

The Cronje piece also discusses how an Ivo Vegter (disclaimer: a friend and an ex-colleague at Daily Maverick) piece about religion and God serves as an example of the IRR’s commitment to free speech, in that they aren’t dismissing him for having a blasphemous attitude.

But what Vegter’s column really serves as is an example of how the readers of Daily Friend are far less tolerant of free speech than Cronje’s principles exhort them to be.

There are now at least five columns on that website talking about a particular flavour of god and what one can say about it, but Ivo’s rather interesting challenge regarding the colonial origins of Christianity’s dominance in South Africa is being lost in various expressions of outrage regarding such “blasphemy” being published in the first place.

Regardless of your personal view of your own virtues, it’s always useful to look at the character of the supporters you attract. The Daily Friend readership – judging by the comments at least – think that you can’t diss GOD and that Bill Gates is putting microchips in your vaccines.

If that’s “classical liberalism”, you’re attracting the wrong crowd. And, I suspect that many classical (in the alternative sense of “traditional”) liberals would be telling everyone they could that they aren’t on your team.

Disclosure: Later on in the piece, Cronje uses the example of Flemming Rose as an example of silenced speech that is later broadcast by the IRR. As some of you would know, I was at the time Chair of UCT’s Academic Freedom Committee, who invited him to speak at UCT before that invitation was rescinded.

Image by WikiImages from Pixabay