CORONAVIRUS: Kenyan Schools Reopen Amid Fears Of Safety For Learners 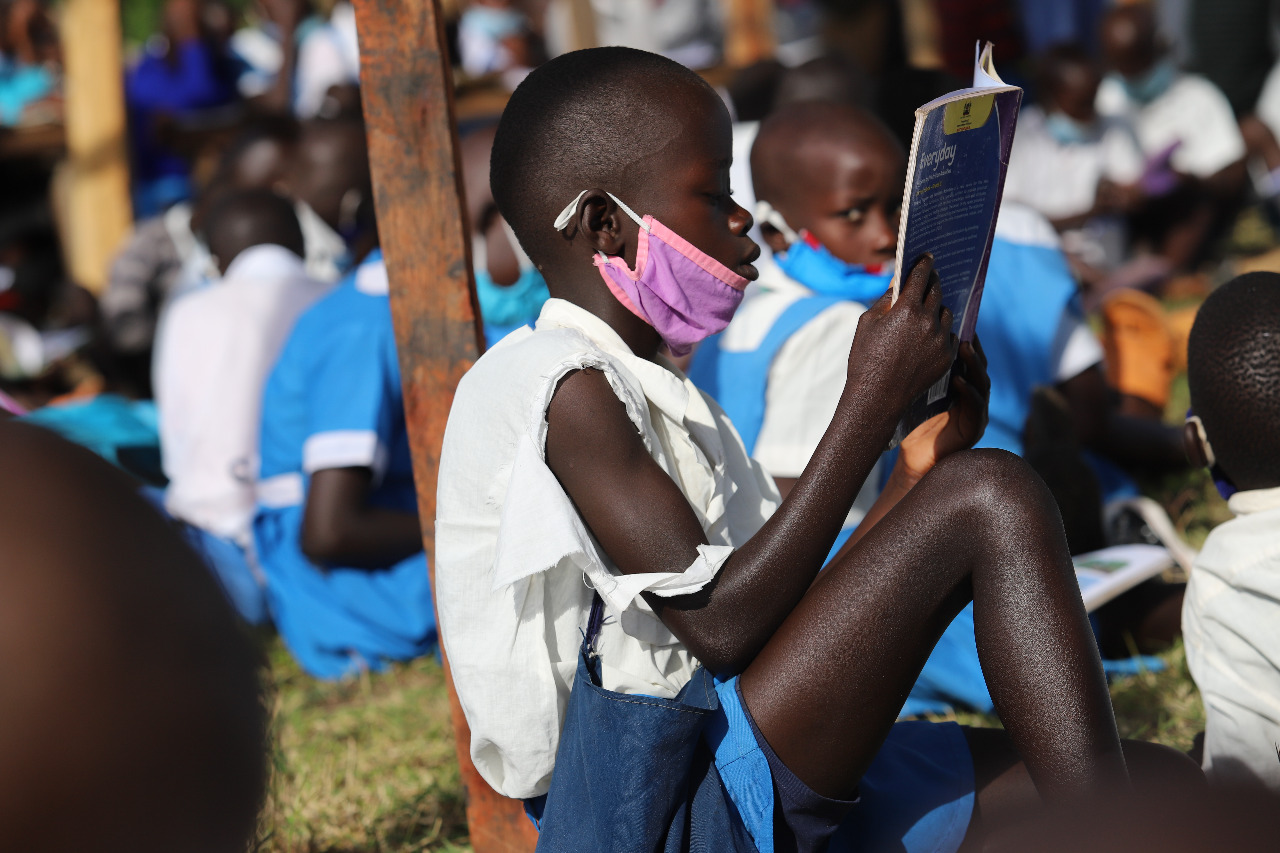 Schools in Kenya on Monday (4th January 2020) opened for second term learning after being closed for 9 months. President Uhuru Kenyatta ordered schools to shut two days after the country recorded its first case of COVID-19 in March 2020. In October, a small group of learners resumed classes as the government grappled with finding solutions for safely reopening schools in adherence to containment protocols issued by the World Health Organization (WHO). The small group consisted of classes that were expected to sit for national examinations at the end of the school year; these were grade 4, grade 8 and final year high school students. About 14 million learners will be expected to have resumed learning in all primary and secondary schools by the end of the week.

The government has so far not been able to put in place new infrastructures to cater for social distancing needs. Kenyan classrooms averagely take 40 learners, but that number at times doubles, especially in urban areas which are coincidentally also worst hit by the virus. In a press briefing issued on Sunday ahead of the school reopening, the Education Minister Prof. George Magoha wants teachers to be “creative” in finding ways of delivering lessons to the learners, including suggesting “learning under trees.”

Stakeholders have expressed concerns over sanitation levels in schools, specifically those in remote areas and urban slums that do not have a supply of running water. While the government claims that they have provided water tanks to such schools, media reports from across the country indicate otherwise.

In the last half of December as the government approached the school reopening date, the ministry of health has been reporting lower numbers of new infections (and a positivity rate of below five per cent – which is the WHO recommended level for safe reopening) compared to the first half of December. While this could be a true picture of a country successfully containing the pandemic, it’s also quite interesting that the sample size tested during the past two weeks is almost half what the government was initially testing.

On 12th December for instance, the ministry of health reported 548 cases out of a sample size of 6,953. While the government consistently tested between 6,000 and 4,000 people in the earlier days of the month, the sample size drastically dropped to 2,507 on 21st December.

Today, 114 people have tested positive for the virus, from a sample size of 2,507 tested in the last 24 hours, bringing to 94,614 the number of confirmed positive cases in the country. The cumulative tests are now 1,011,025. From the cases 100 are Kenyans while 14 are foreigners

On Sunday, a day before schools re-opened, the ministry of health reported 124 new cases, out of a sample size of 2,855. The question that some parents are struggling with looking at these numbers is, “is someone intentionally testing fewer samples (or releasing lower numbers) to give the impression that our schools are safe for re-opening?”

There are fears that schools might turn out to be new spreading zones for coronavirus. Emily Aduma, a parent at a primary school in Kisumu, a city in the western part of the country, says that she is concerned about the safety of her 12-year-old son.

My child goes to a public school and I have to just take him there even though I fear for his safety because if I don’t I will lose his chance. My brother died of coronavirus and I am really afraid that my child can pick it up at school and get really sick or even infect us at home.

Anthony Imbo, another parent with an eight-year-old child attending a private school in western Kenya says he is “not ready” to take his child back to school until he is confident that it is safe.

I will keep my son home for at least two weeks and observe what happens. If nothing drastic changes, I will allow him to resume.

There are parents who also support the government’s decision to reopen schools saying “the children have been home for too long.” Some school-going children have become pregnant, involved in drug and alcohol abuse or even joined criminal gangs during the closure period and parents feel they are much safer at school. Others have also been worried about the transition from one grade or leve to another.

In August 2020, the country reported a positivity rate of bellow five per cent before the situation getting worse a month later. During his 16th national address since the beginning of the pandemic, President Kenyatta described October as the worst month since the country started dealing with the virus.

This is 4 times what the rate was in September. If one person was positive in September, four people became positive in October. That is the literal interpretation of this statistic. In October only, we have had over 15,000 new cases of Corona infections and approximately 300 deaths according to the National Multi-Agency Command Centre on COVID- 19

While it is widely believed that the virus does not have severe effects on children, a six-year-old child in Kenya is one of the people who have died from complications relating to the virus. Other countries like Ireland have recorded deaths of children not even a year old.  Most school-going children in Kenya are aged between four and nineteen years.

Kenya’s National Union of Teachers’ Secretary-General Wilson Sossion told the BBC’s Newsday programme that the return to school plan was “inadequate”. He said the government had not released funds to schools to buy thermometers, sanitizers and other items required to implement the health protocols.

Teachers above the age of 58 will still be required to report to school despite being within the age-group considered as more vulnerable. Kenya expects to receive its first doses of COVID-19 vaccines in mid-February. Health workers and teachers will be among the first beneficiaries of the 24 million doses of the Oxford University-AstraZeneca vaccine.

A paper published by the Institute of Economic Affairs Kenya, predicts that the country’s economy was expected to shrink by up to five per cent in 2020. A majority of the country’s population working in the hospitality industry, entertainment, public transport, retails and several other industries were hard hit by the harsh containment measures announced at the onset of the pandemic. These have had a ripple effect on other industries across the board with several companies laying off staff or subjecting workers to mandatory pay cuts.

In an announcement made last week, the government withdrew the cushion on taxes that had been given to businesses and individuals to help them deal with the effects of COVID-19.

As schools reopen, parents are expected to dig deeper into their pockets to cater for school fees and items such as face masks. For those who were already hard hit by the effects of the pandemic, this is proving to be a tall order. In a country where more than half the population live bellow one dollar-a-day, have large families, parents are still expected to cough about USD 50 cents to buy face masks for each of their school-going children.

In Zimbabwe, the government last week indefinitely suspended the reopening of schools as it became concerned with the rising cases of new COVID-19 infections. Last week alone, the country reported 1,342 new cases. In comparison, this is way below Kenya’s weekly caseload.

South Africa is also re-imposing stricter containment measures following an upsurge of cases with the identification of a new strain in the country.

However, in Ghana schools are also scheduled to re-open for a new school term on 15th January 2021.

In June 2020, Tanzania became the first country in East Africa to reopen schools. President Magufuli ordered an early reopening of schools claiming that the virus had been contained in the country. So far there are no reports of severe outbreaks in the country even though Tanzania does not publish official COVID-19 statistics.

Elsewhere, on Monday night British Prime Minister Boris Johnson announced the reintroduction of a new countrywide lockdown that will affect all non-essential services including schools.

Primary and secondary schools must move to remote learning from tomorrow, except for vulnerable children and those of key workers…The problem is not that schools are unsafe for children, schools may act as vectors for transmission, causing the virus to spread between households.”

There has been a 50% rise in the number of patients in hospital with COVID-19 since Christmas day in Britain. The last six days have seen in excess of 50,000 new infections confirmed each day across the country, with over 80,000 new cases reported in the last 24 hours.

Kenya is yet to record cases of any of the new variants which scientist say spread 50 per cent faster than the initial strain, but without an on-going vaccination programme, the continuation of direct flights between Kenya and both UK and South Africa, it could just be a matter of time before the new strain lands in the country.