Home » General » Culture is a tired excuse for bad behavior

Culture is a tired excuse for bad behavior 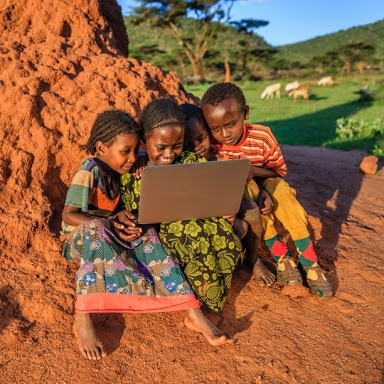 I have grown to dislike the statement `this is our culture”

I cringe whenever I hear or read about a politician defending a retrogressive law, I automatically think that this is someone unwilling to change the way they look at things because they are either in a privileged position or they have been conditioned to think like that.

Take a country like Uganda, which is both traditional and religious. Most of us have learnt to put on the hat that fits the occasion, to win an argument or get away with certain frowned upon behaviour. One of the reasons this statement makes my bile rise is the fact that since the beginning of time, culture has been used as a tool to oppress women . Practices like Female genital mutilation, breast ironing in Cameroon, pulling the labia in regions of Uganda, head covering and virginity testing in the Arab world and even the subtle ones like kneeling for elders as a sign of respect and many other practices and most recently a ban on on women buying alcohol in Sri Lanka.

I recently read an article in the Daily Monitor newspaper on the wedding night practices of the Bakiga tribe in South – Western Uganda. The dance of love as it was called, involved a fight between the bride and groom where the woman would be clothed in a skirt made of cowhides. A rope would be tied around her skirt in very many complex knots and the groom would fight her to untie them, often slapping and hitting her in the process. Only after this would the newly weds consummate their marriage. In the event that the woman over powered the man and he failed to untie the skirt, his new wife would taunt him for the rest of their marriage.

Being a Mukiga myself, I am enraged that my female ancestors had to go through this. Growing up, my grandmother told tales of how she was kidnapped by her husband (my grandfather) to his home on her way to the well to fetch water. We always laughed at this story as kids because our simple minds couldn’t comprehend it. Thinking about it now, I would ask him to apologise to her if they were both still alive but I am certain that he would tell me what he did was not wrong, that was his culture. All his kinsmen were doing it and those that found it reproachable were ridiculed, labeled cowards and scoffed at.

I am forever grateful to the people that stand up to oppressive cultures and traditions.

With a world so connected by trade and the Internet – that we eat noodles made in China and India, use computers from America, dress our hair in the Swahili style of cornrows, enjoy Jollof rice from Ghana /Nigeria where we East Africans don’t even know the difference, we just get caught up in cross fire of the Jollof wars. We watch European soccer, our Facebook friends are from allover the world, pray to a Jewish God, practice yoga from south east Asia, furnish our houses with Persian carpets, eat French fries, refer to our potatoes as `Irish potatoes` even though it is us that tilled the soils only for the Irish to take all the credit. Lately, my brothers and sisters in Uganda have started celebrating Halloween (Rolls eyes).

What I am saying is, defending a culture because it is your culture is lame. What I would advocate for is an open mind, rational thinking, preserve the best practices, fight the bad ones, and copy as many good cultural practices as possible.